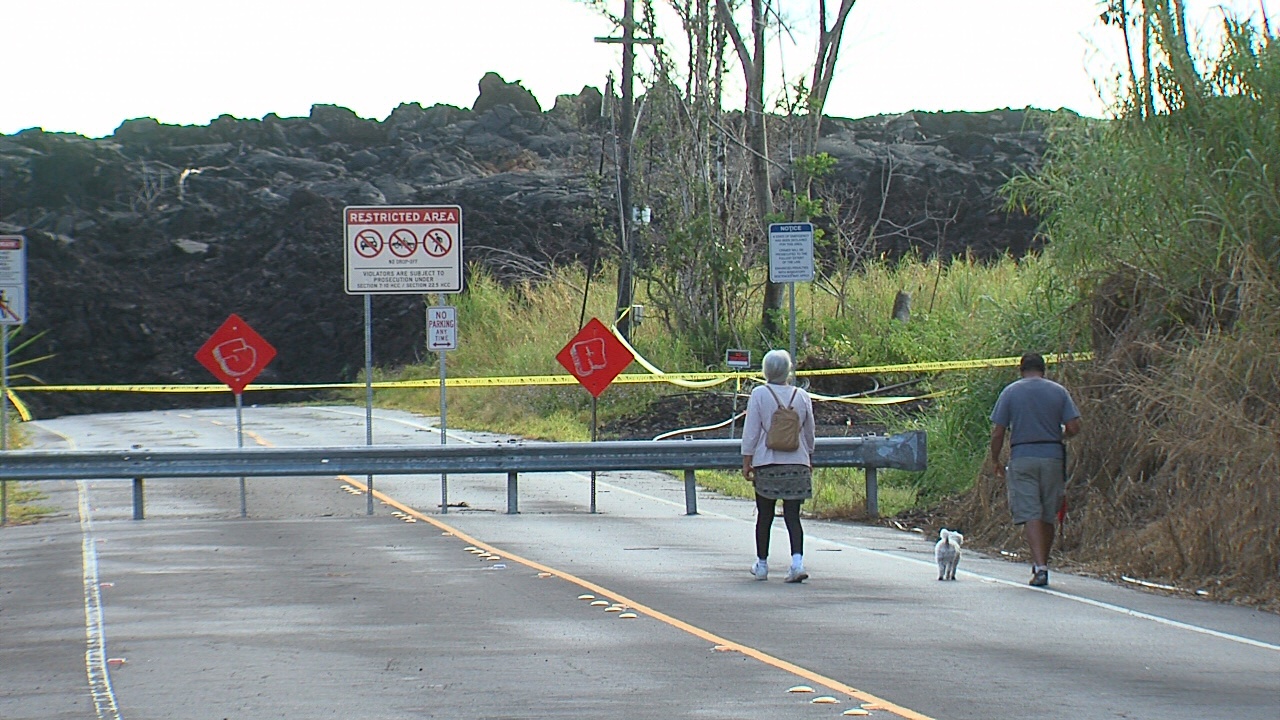 PUNA, Hawaiʻi - The Puna Community Development Plan Action Committee will review and comment on a draft letter to the administration at a meeting today in Volcano.

(BIVN) – A draft letter to the Hawaiʻi County Planning Director “supporting the reestablishment of roads inundated by lava in Lower Puna, with a request to forward to the Mayor, council members, state legislators, and the Klauea Recovery Support Function Team,” will be up for discussion today in Volcano during a meeting of the Puna Community Development Plan Action Committee.

The letter, which is the first item of business on the Puna CDP meeting agenda, is signed by Larry Brown, the chair of the Puna CDP Action Committee.

SUBJECT: Reestablishment of Access on Highway 132, 137, and Pahoa-Pohoiki Road.

Following the devastating Kilauea eruption during the spring and summer of 2018, the Puna Community Development Plan Action Committee (PCDP AC) has strived to serve as a conduit for information, transparency and planning in support of community involvement and communication. To that end, the PCDP AC, in addition to our regular bi-monthly and special meetings, has been collaborating with the County of Hawaiʻi’ s Planning Department and Department of Research and Development in conducting informal neighborhood talk -story meetings with affected Puna residents, businesses and farmers. What has been consistently heard from those affected by the eruption and lava flows is the need for restoring vehicular access to their homes, lots, farms and businesses.

Currently, numerous residents, farmers and businesses that are still either unable to return to their homes, farms and their places of work unless they hike in, or only able to drive via Kahakai Blvd. through Hawaiian Beaches/Shores and Beach Road between Kahakai Blvd. and Four Corners in Kapoho. This situation poses significant safety concerns for vehicular traffic in the area as well as neighborhood residents along Beach Road and Kahakai Blvd., which are not roadways designed to accommodate the increased traffic.

In addition to the Puna residents, we need to be mindful of the increasing number tourists using these access routes as well. If an emergency were to occur in any of these areas the roads would be flooded with people and vehicles potentially allowing for an even more dangerous situation.

The 2018 Kilauea eruption that occurred in the Lower East Rift Zone of Puna has covered significant portions of Highways 132, 137 and Pohoiki Road. Goal 4.3.1a of the Puna Community Development Plan (PCDP) states that ” There are adequate emergency and evacuation routes and connectivity throughout Puna’s roadway network.” Also, Objective 4.3.2 a, states: ” Create alternative, redundant routes for existing Highways 11, 130 and 132 using existing routes wherever possible.”

It is the County and State’ s responsibility to keep the people of these communities safe. The PCDP AC members are relaying the concerns of our residents and are asking for the support from County, State, and federal agencies to expeditiously provide reasonable vehicular access for the residents, business owners and farmers in these areas to facilitate the return of a sense of normalcy and community.

The Puna CDP Action Committee meets at 5 p.m. at the Cooper Center in Volcano Village.