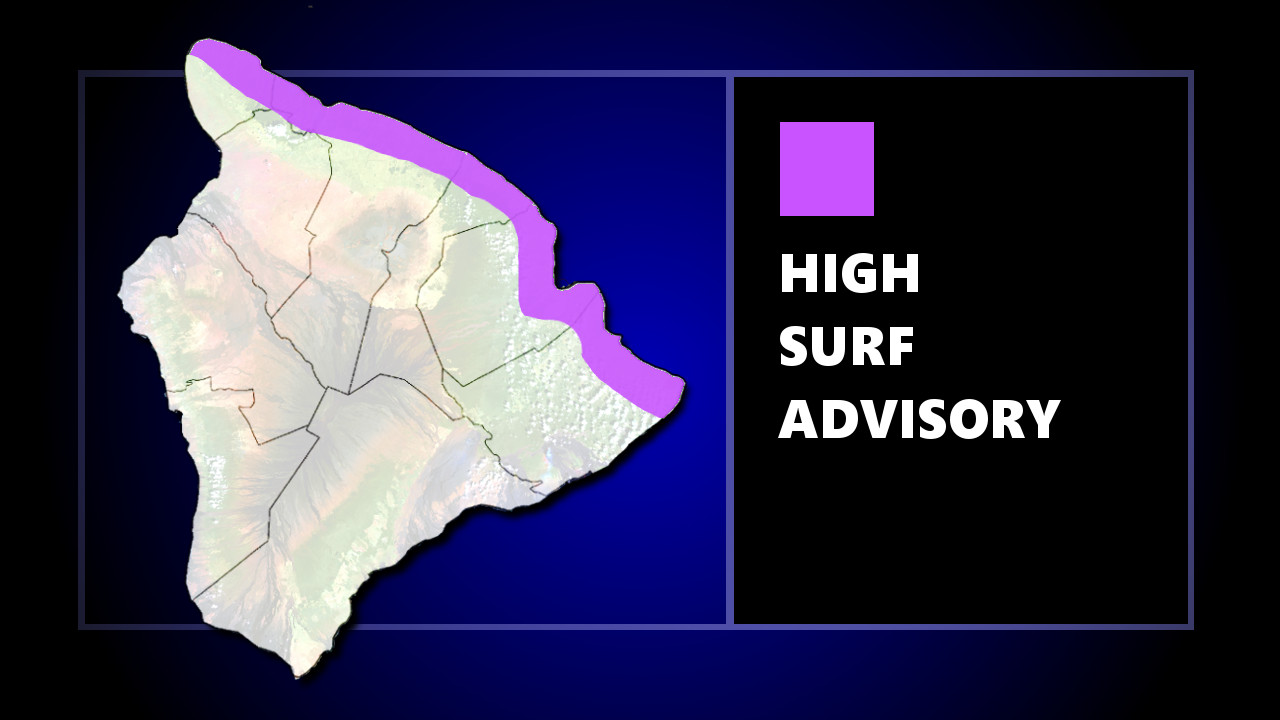 HAWAIʻI ISLAND - The northeast swell peaked slightly above guidance at the nearshore buoys today, so forecasters extended the High Surf Advisory into Thursday.

(BIVN) – The National Weather Service has extended the High Surf Advisory for east facing shores of the Big Island through 6 a.m. Thursday.

Surf will be 5 to 8 feet tonight along east facing shores, forecasters say, adding that “beachgoers, swimmers, and surfers should heed all advice given by ocean safety officials, and exercise caution.”

A Small Craft Advisory is also in effect for waters surrounding Hawaiʻi Island.

According to a 3:25 p.m. National Weather Service discussion:

The current northeast swell peaked slightly above guidance at the nearshore buoys today, so will extend the High Surf Advisory (HSA) for elevated rough surf along most east facing shores through tonight, but will monitor buoy obs tonight for possible cancellation by morning. The surf will hold near the advisory level over the next couple of days, but will become much higher and rougher as the trades strengthen late in the week, with a HSA likely needed for Saturday through early next week.

“A large, long-period northwest swell forecast to arrive Friday night, is expected to build surf well above advisory level along most north and west facing shores of the smaller islands Saturday and Saturday night,” the National Weather Service discussion added. “A long-period south swell arriving Friday night may produce a noticeable boost in surf heights along most south facing shores Saturday into early next week, but is expected to remain below advisory level.”