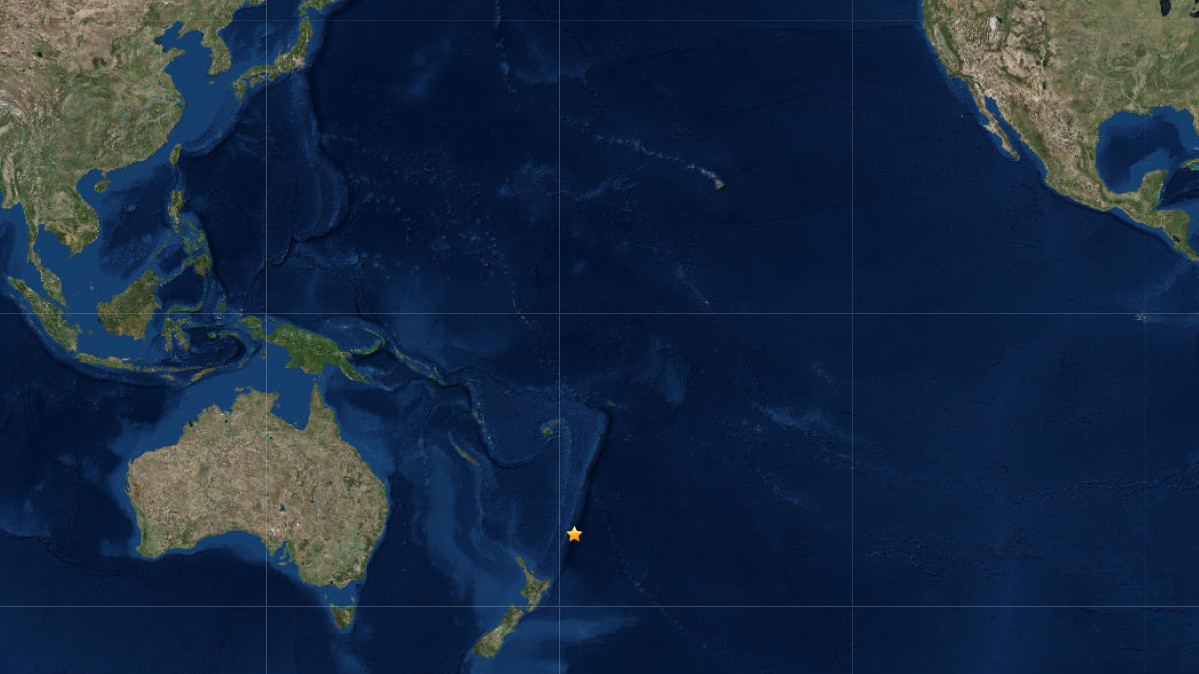 Magnitude 6.6 Earthquake In South Pacific, No Tsunami For Hawaii

HONOLULU, Hawaiʻi - An earthquake with a magnitude of 6.6 has occurred this morning south of the Kermadic Islands in the South Pacific, a Hawaiʻi County Civil Defense stated.

(BIVN) – Emergency officials say there is no tsunami threat to Hawaiʻi following a Magnitude 6.6 earthquake that occurred south of the Kermadic Islands in the South Pacific on Wednesday morning.

“Based on all available data a destructive pacific-wide tsunami is not expected and there is no tsunami threat to Hawaii,” the Pacific Tsunami Warning Center stated.

“There is NO TSUNAMI THREAT to the State and Island of Hawaii,” echoed a Hawaiʻi County Civil Defense message.

According to the USGS, “the eastern margin of the Australia plate is one of the most seismically active areas of the world due to high rates of convergence between the Australia and Pacific plates. In the region of New Zealand, the 3000 km long Australia-Pacific plate boundary extends from south of Macquarie Island to the southern Kermadec Island chain.” Since 1900 there have been 15 earthquakes at or greater than Magnitude 7.5 recorded near New Zealand.