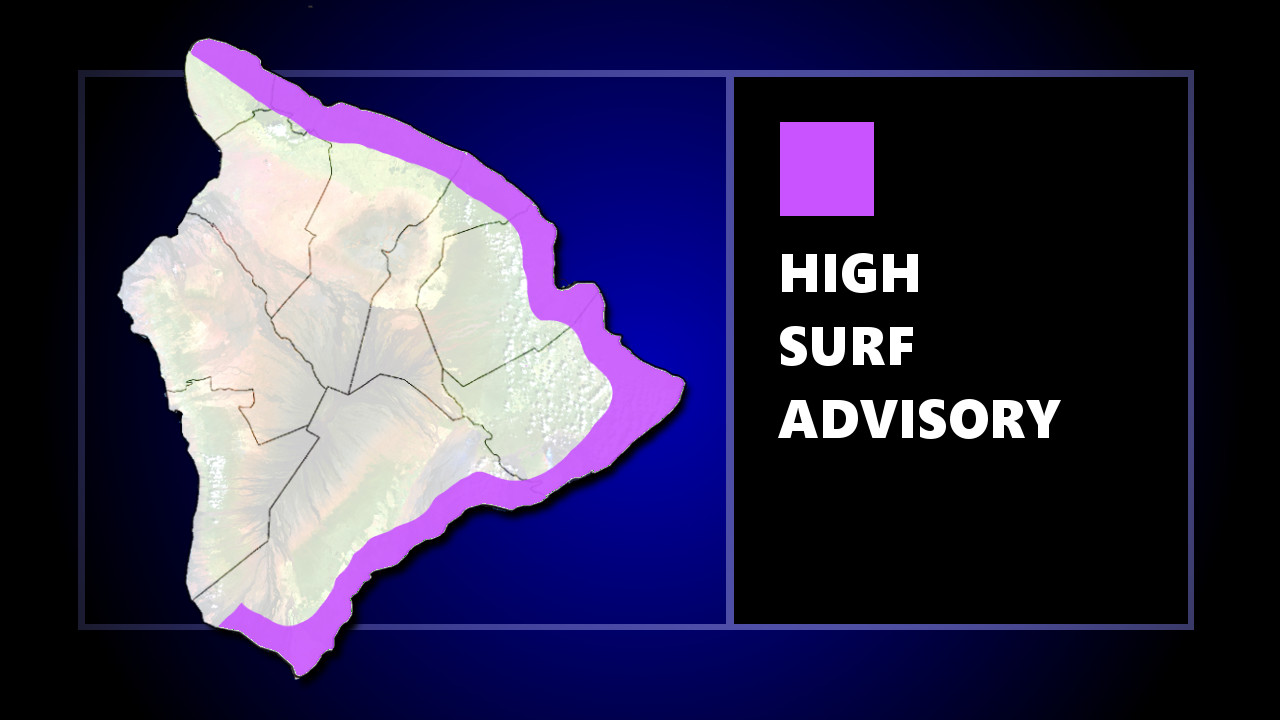 (BIVN) – The National Weather Service in Honolulu has issued a High Surf Advisory for east-facing shores of the Big Island, which is in effect until 6 a.m. HST Tuesday.

Surf heights of 6 to 9 feet are expected along windward shores through Monday night.

“Surf will hold at advisory levels along exposed north and west facing shores through the morning hours, then drop below this afternoon as the northwest swell eases,” a National Weather Service stated. “Rough surf along east facing shores due to the strong trades in place will continue through Monday night.”

Also, the “first south swell of the season” along south facing shores will peak today, then gradually lower Monday through Tuesday, forecasters say.