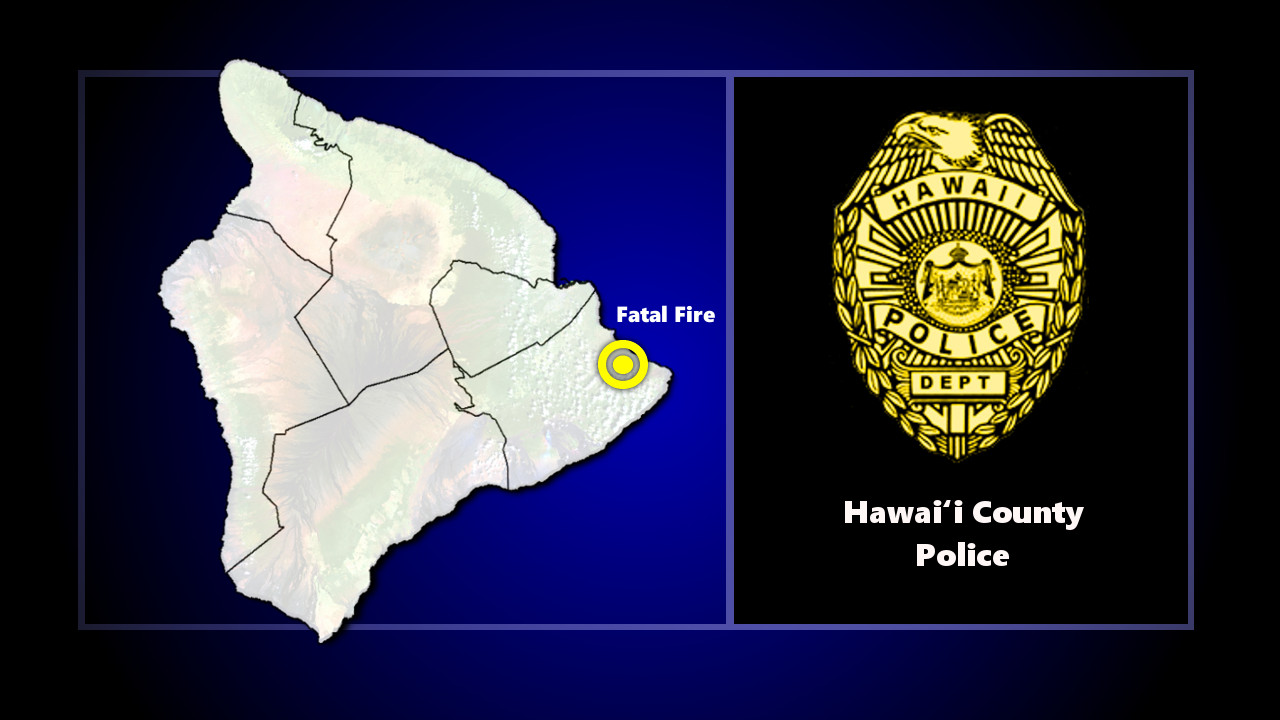 PUNA, Hawaiʻi - A man reportedly barricaded himself in a bathroom and set the contents on fire Monday in the Hawaiian Beaches-area of Puna.

(BIVN) – A man was found dead in the bathroom of a single story, residential home on Aholehole Street in the Hawaiian Beaches-area of Puna on Monday, after his roommate says he barricaded himself inside and set the contents on fire.

The Hawaiʻi County Fire Department responded to the situation at 6:37 a.m., and arrived to find light smoke coming out of the bathroom. In a media release, the fire department described the scene:

Company 10 made forcible entry into the locked bathroom. The door was warm to the touch. It was noted that the door was being blocked by something inside. The door was removed from the hinge side. Blocking the doorway was a pile of clothes and linens that was mainly smoldering but did flare up with the introduction of fresh air. The fire was extinguished, contents blocking the door and burnt door were taken outside the structure. Heavy smoke and heat was found in the unventilated bathroom. The bathroom had no windows or other entries. A 60’s male was found inside the bathroom with out any signs of life. EMS personnel determined the person DOA. The scene was released to fire inspectors and HPD.

The cause of the fire is under investigation, fire officials say.