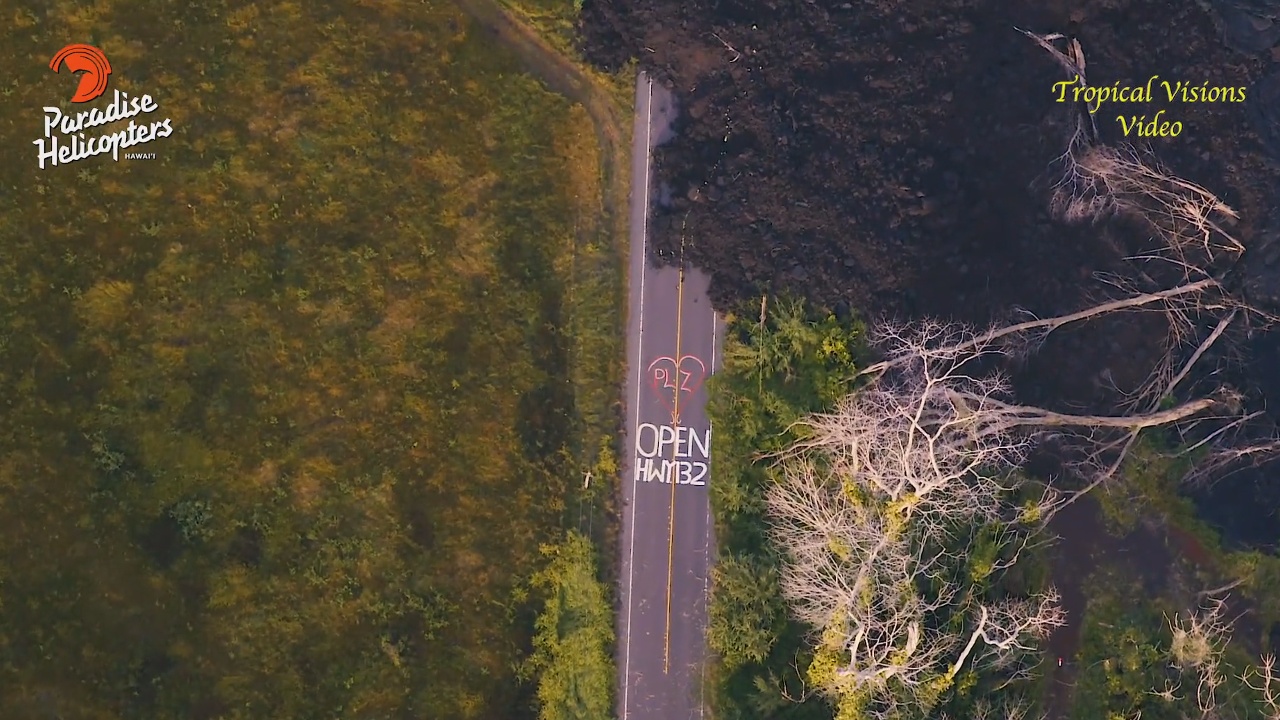 PUNA, Hawaiʻi - As residents continue to call for immediate help to get home to lava-locked properties, the County released an estimated timeline that aims for a temporary road by the fall of 2019.

(BIVN) – Hawaiʻi County officials have quietly updated their Kīlauea Eruption recovery webpage to provide an estimated schedule that includes a goal to construct a temporary road over Highway 132 by “September-October 2019.”

Residents who still have homes and property in the lava-locked areas of Puna have been calling for help to recover the roads that were lost, especially Highway 132, the loss of which impacted a large percentage of those affected by the recent eruption.

In a March 12 “Work In Progress” update posted to the County’s website, officials say they are “preparing road construction permits, surveys, designs and cost estimates” while “aligning timeframes and requirements with FEMA and FHWA.”

The County also says it “sent right of entry letters to landowners abutting Highway 132 and Pohoiki Road to inform them of road construction that may require limited entry on their property.”

In an Estimated Schedule that was also published, and which the County reminds is subject to change, officials listed these dates:

Several Puna residents who live in areas cutoff by the 2018 eruption of Kīlauea Volcano gathered on March 3 in front of the hardened wall of lava on Highway 132 to share their story with Big Island Video News.

Many of the same residents appeared before the Hawaiʻi County Council on Wednesday in support of recovering the highway home. Big Island Video News will have video of that testimony and discussion.