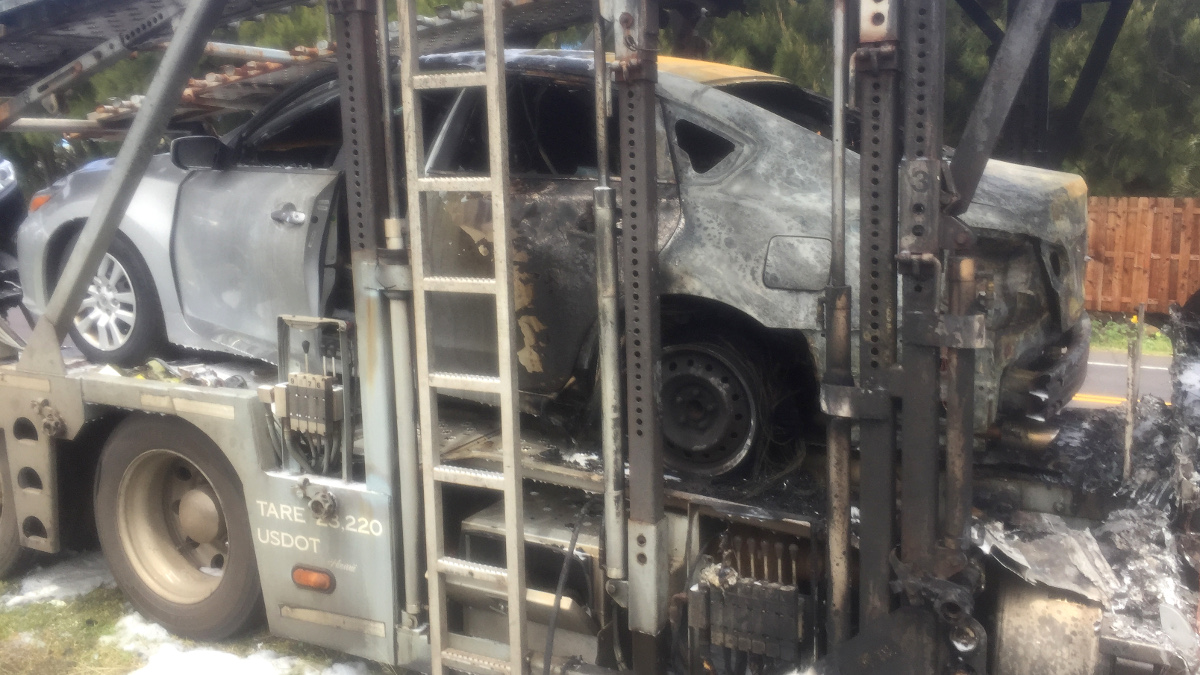 WAIMEA, Hawaiʻi - A vehicle fire temporarily closed Kawaihae Road on Wednesday, as the fire department worked to put out the blaze and a small grass fire. 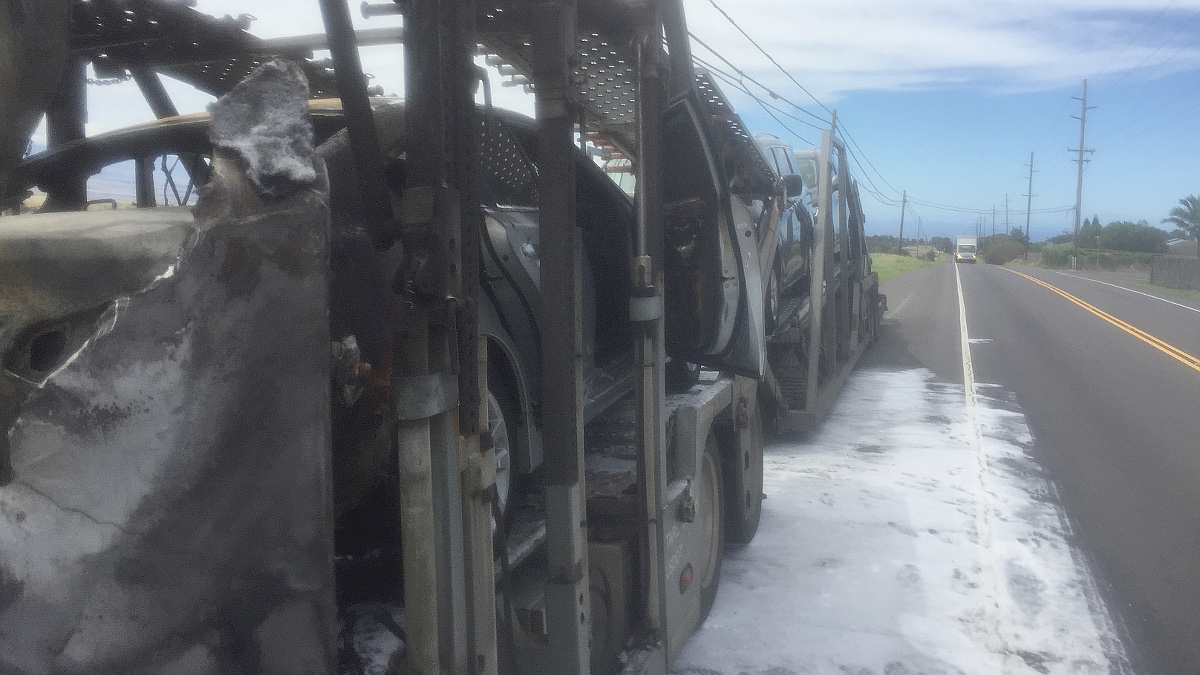 According to Matt Binder of Visionary Video, who captured photos of the burned vehicle, a truck driver transporting cars from Dollar Kona to Dollar Hilo was on Kawaihae Road when he started smelling burning plastic. Smoke began coming out of dashboard, then flames, the driver told Binder. The driver stopped and called 911.

The vehicle fire caused a small brush fire on the side of the road near Ohina Street. Firefighters put out the blaze, and Kawaihae Road was reopened a short time later.