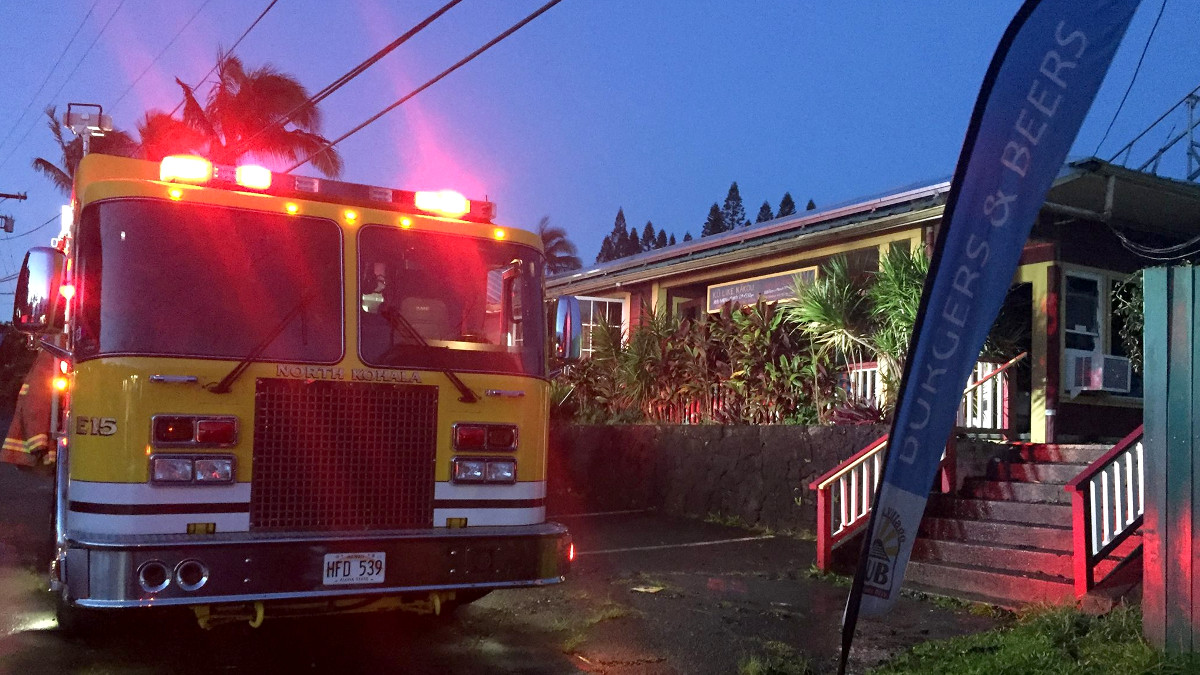 HAWI, Hawaiʻi - Guests in the adjoining hotel were evacuated, and no one was injured in the Wednesday night fire at the HUB in North Kohala. 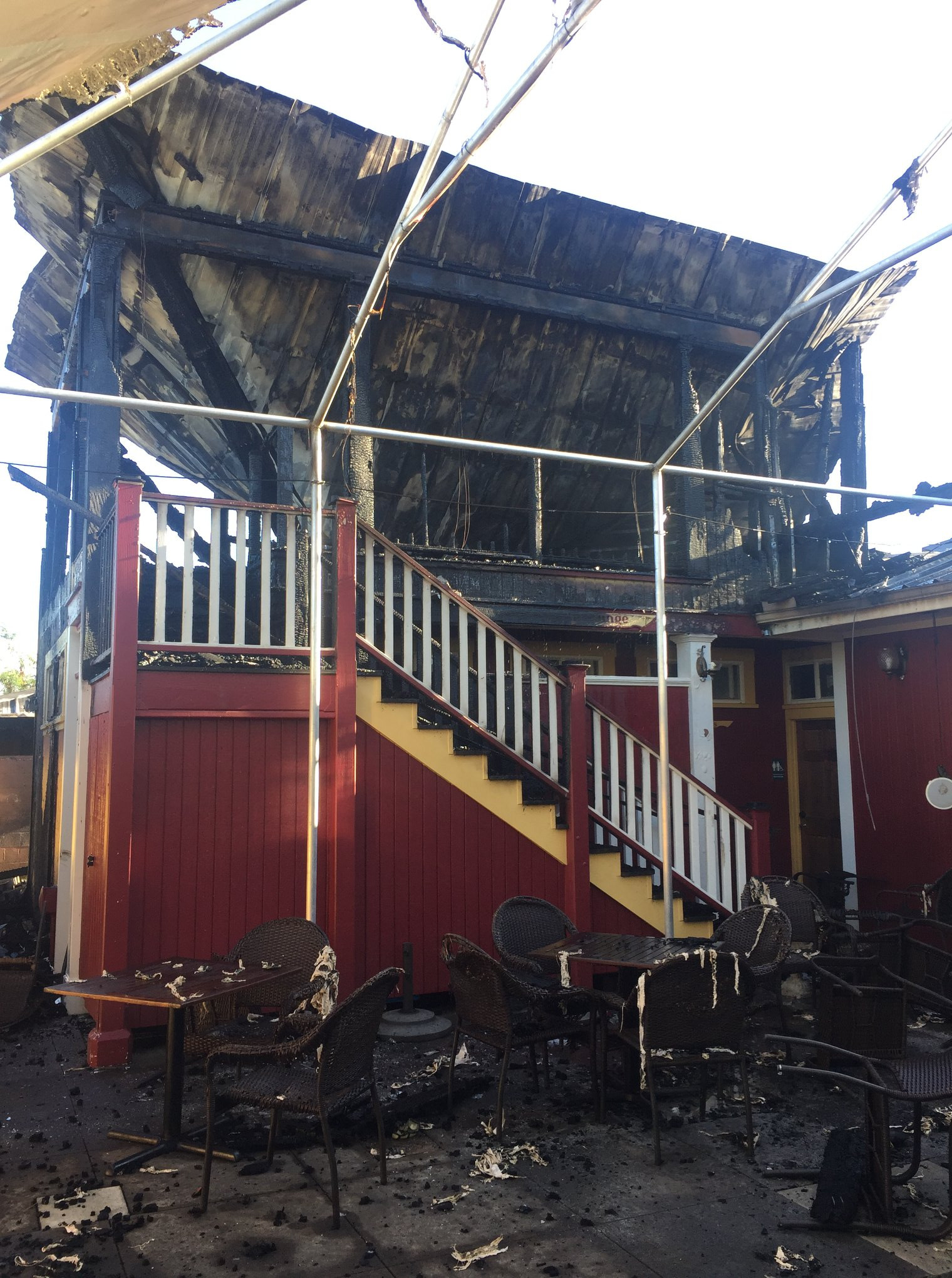 (BIVN) – A structure fire burned a building at the HUB in Hawi on Wednesday night.

The Hawaiʻi County Fire Department says 15 people were evacuated from an adjoining hotel and no one was injured.

The situation involved a “historic building and restaurant with adjoining hotel and multiple business establishments within involved structure,” a fire dispatch reported. The roof partially collapsed, but all exterior walls and most interior walls are still intact, the fire officials stated.

The alarm went out at 11:23 p.m. Wednesday night, and the fire was under control at 3:27 a.m. Thursday. Traffic was detoured to Kohala Mountain Road.

Upon Arrival found interior of structure fully involved with flames showing through roof. 2,000 gallon propane tank 10 feet from fire on one side. Evacuated 15 guests from adjoining hotel. Exposures protected and fire contained to involved structure using 3 turrets and multiple handlines. Entry made by fire personnel to get to the seat of the fire in center of building. Units still on Scene.

Many of you have heard by now that there was a fire at the HUB last night. Of the many buildings on campus this was in the front building that housed the PUB, kitchen and program offices, reception and skywalker lounge.

Everyone is ok, no one was hurt. Inn guests were relocated and no staff was inside the restaurant after closing hours, all closing protocols had been completed to satisfaction.

The fire department showed up promptly soon after the “funny smell,” the flames took over too large to handle on the makai wall of the whole Lukes building. The fire department is still there and we will have more info as daylight comes and more time is spent with the fire experts.

The fire moved fast and the building has suffered extensive damage–the programs office, HUB reception and much of the dining areas, kitchen office and some of the kitchen are compromised.

We want to thank our amazing management team who responded to everything as smoothly as possible, and are still handling the emergency with grace.

We of course extend our aloha to the PUB staff who helped create an amazing community gathering place and I can not even describe the shock and grief for those of us who have worked here for almost 5 years creating such a vibrant space for Kohala locals and visitors.

There is sure to be a phoenix rising somehow through all of this. This is the news for now. Please feel free to share the message and we will keep you posted as events unfold.

Mahalo for all of your support,