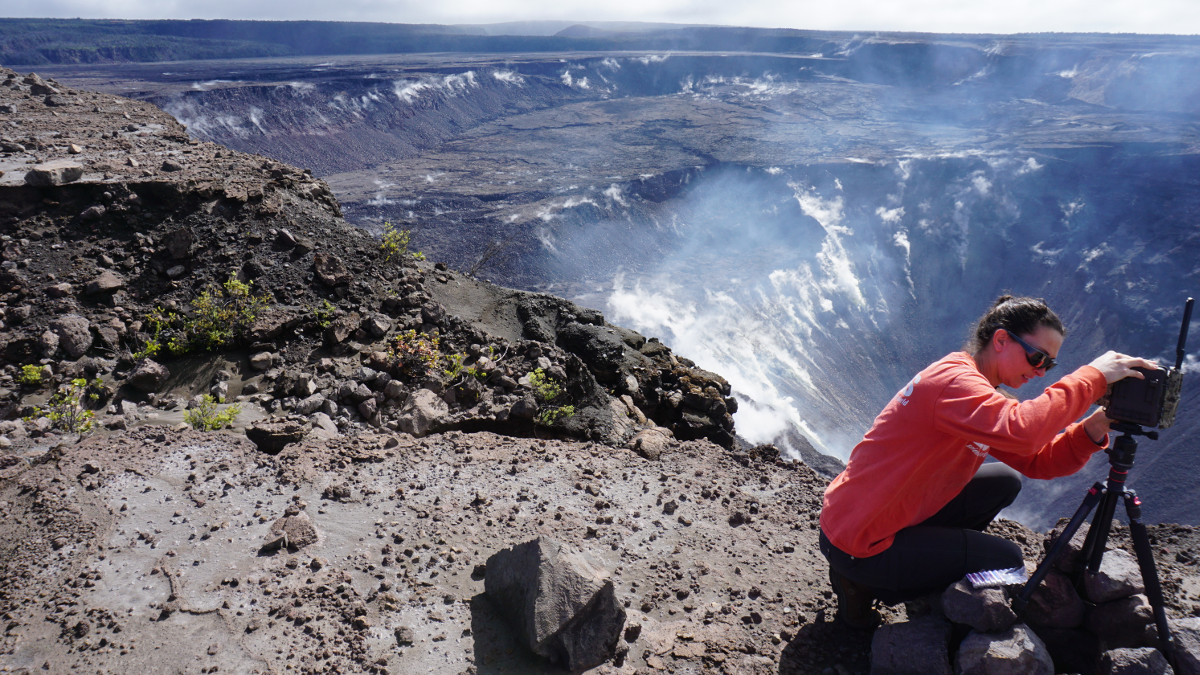 HAWAIʻI VOLCANOES NATIONAL PARK - A rockfall occurred at Halemaʻumaʻu on Wednesday, after the upper part of a gully along the western wall failed, scientists say.

USGS HVO: Cropped and zoomed images from KW cam in the HVO tower

(BIVN) – Kīlauea Volcano is not erupting, but there are still fascinating observations being made at Halema‘uma‘u crater, which was transformed during the 2018 eruption.

That includes a rockfall that occurred on Wednesday, March 13. According to the USGS Hawaiian Volcano Observatory:

At 08:23 on March 13, 2019, the upper part of a gully along the western wall of the new Halema‘uma‘u crater failed, producing a rockfall. When geologists arrived at the summit at 09:00, rocks were still falling, and a small dusty plume was visible until 09:08. This rockfall was likely triggered by instability of the talus slope caused by water that has been trickling out of a round hole in the cliff face since July 2018, when the steep gully first formed.

Also, a photo taken on March 13 and posted to the USGS HVO website shows sulfur deposits forming in the new Halema‘uma‘u crater. 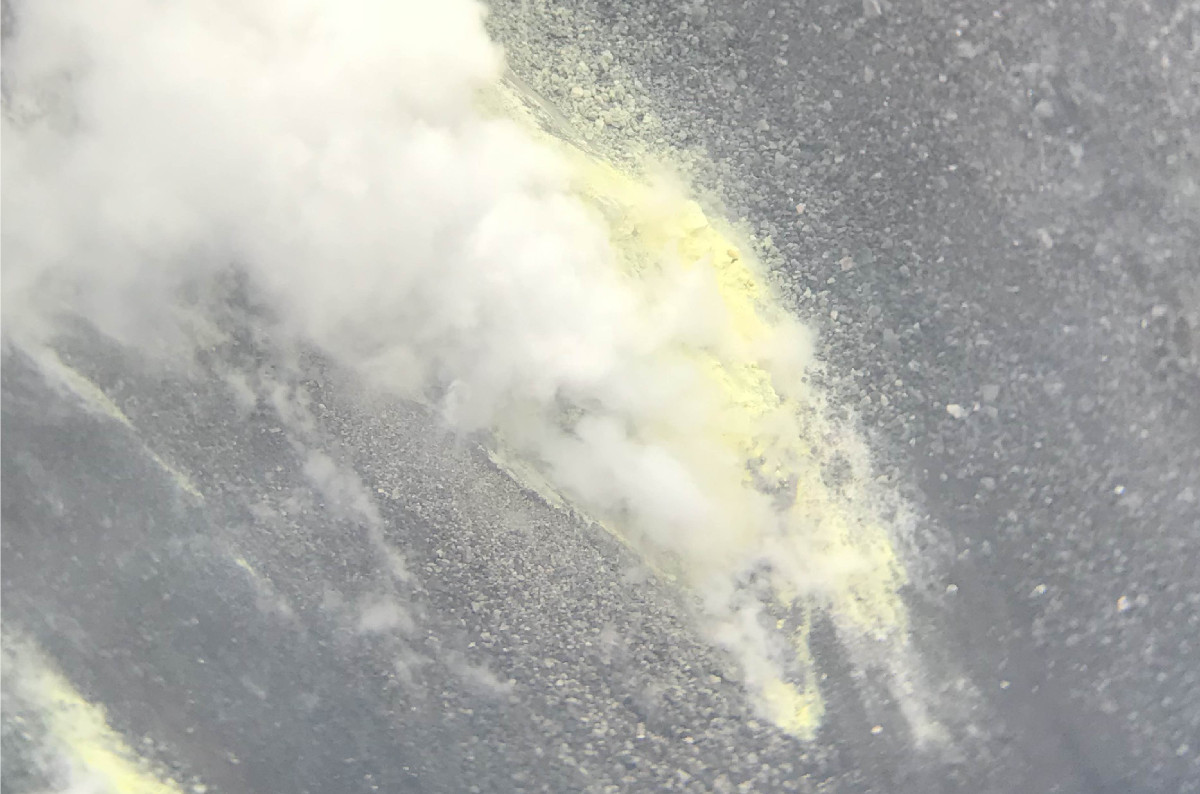 USGS HVO: Telephoto zoom of the largest sulfur deposit forming on the NE talus wall in Halema‘uma‘u. The view is from the USGS Hawaiian Volcano Observatory’s K3cam.

In a previously released Volcano Watch article, the scientists said “volcanic gases rising from magma stored beneath the summit continue to escape to the surface, as they have for as long as Kīlauea has existed, resulting in deposits of sulfur on the crater walls.”