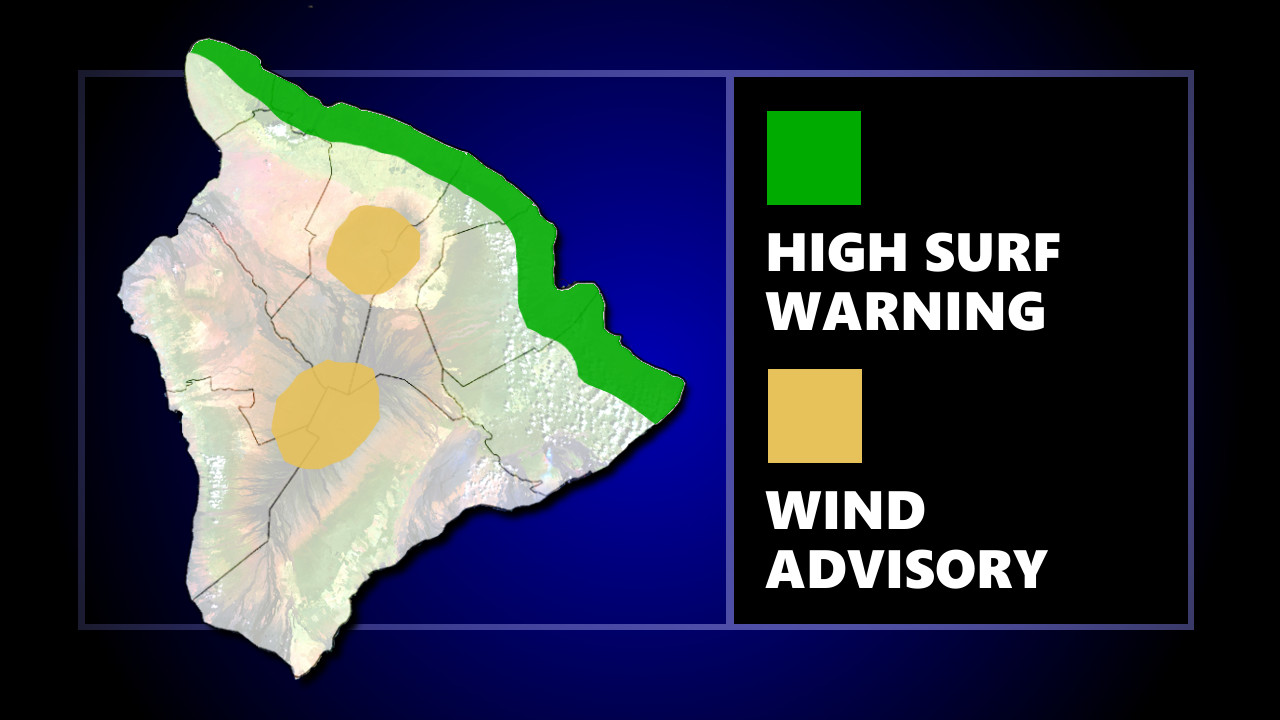 (BIVN) – Surf will build to 35 to 50 feet today and tonight along north facing shores of Hawaiʻi Island and the rest of the state, as a High Surf Warning is now in effect.

“Surf will quickly exceed warning levels for Kauai and Oahu through the morning hours today, then for Maui County and the Big Island this afternoon through tonight,” said the National Weather Service on Sunday morning. “Peak daily high tides will occur just after 1 AM HST tonight for north facing shores.”

Expect ocean water surging and sweeping over beaches, coastal benches, lava flows, and roadways, creating the potential for significant beach erosion, periodic overtopping of nearby roadways, and damage to coastal properties. Currents due to harbor surges could become strong enough to damage boats and infrastructure due to jostling of docks.

The swell “will be capable of producing surges in the Haleiwa and Kahului harbors later today through Monday, then within the Hilo harbor tonight through Monday,” a Marine Weather Statement said. “Currents due to these harbor surges could become strong enough to damage boats and infrastructure due to jostling of docks. This swell will also result in large breaking waves near the harbor entrances. Mariners should exercise extra caution through Monday when entering or leaving port, and when mooring or launching vessels.”

A Wind Advisory has also been issued for the summits of Mauna Kea and Mauna Loa.

Oceanfront residents and beachgoers along the north facing shores of Hawaii Island from Upolu Point to Cape Kumukahi are advised to be on the alert for high and dangerous surf, the Hawaiʻi County Civil Defense stated in a Sunday morning message.

“The most dangerous time along the coast is during periods of high tide forecast to occur around 1:30 a.m. Monday morning,” the civil defense message stated. “Inexperienced persons should remain off beaches and adjacent beach front areas. Fishermen should pay close attention to the surf. Boat owners and oceanfront residents should take action to secure their property by early this afternoon.”

The Hilo Bayfront Highway is already closed, the civil defense audio message stated. Additional closures of roads and beaches may occur at any time.