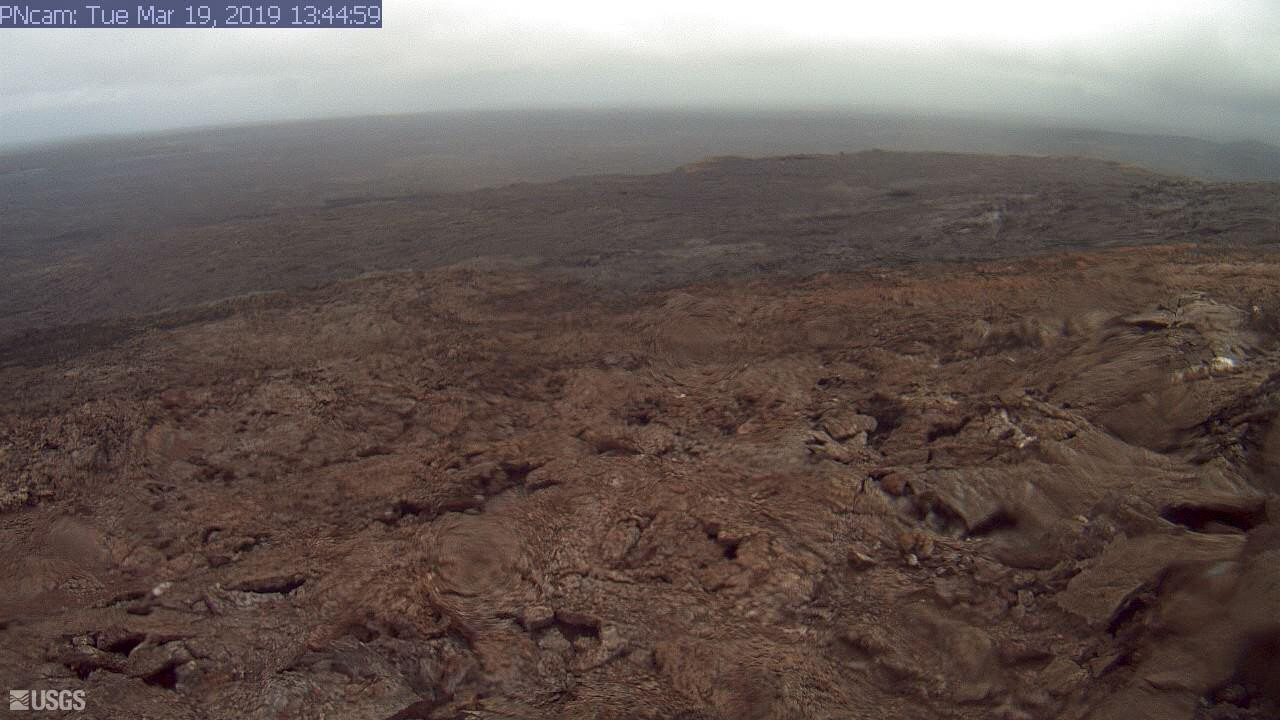 USGS webcam image from a research camera positioned on the northwest flank of Puʻu ʻŌʻō, looking northeast toward the active flow field.

HAWAIʻI ISLAND - This motion is not directly related to magmatic activity, but is interpreted to be sliding of the unstable edge of Puʻu ʻŌʻō cone, scientists say.

(BIVN) – Kīlauea Volcano is not erupting, and the edge of the quiet Puʻu ʻŌʻō crater on the middle East Rift Zone is slumping, scientists with the USGS Hawaiian Volcano Observatory noted in a weekly update posted on Tuesday.

“A GPS station on the north flank of Puʻu ʻŌʻō has been showing steady slumping of the craters edge,” the scientists wrote. “This motion is not directly related to magmatic activity, but is interpreted to be sliding of the unstable edge of Puʻu ʻŌʻō cone. Small collapses at Puʻu ʻŌʻō have occurred since the eruption due to instability.”

This past week saw no significant change in volcanic activity, USGS said. Low rates of seismicity continue across the volcano, and tiltmeters continue to show “motions consistent with refilling of the deep East Rift Zone magma reservoir”, is they have over the last few months since the summer 2018 eruption on the lower East Rift Zone. Sulfur dioxide emission rates from the summit and from Puʻu ʻŌʻō remain low, the scientists say, adding that the rates have been steady over the past several weeks.

HVO will continue to issue a weekly update every Tuesday, as it continues to closely monitor Kīlauea’s seismicity, deformation, and gas emissions for any sign of increased activity.