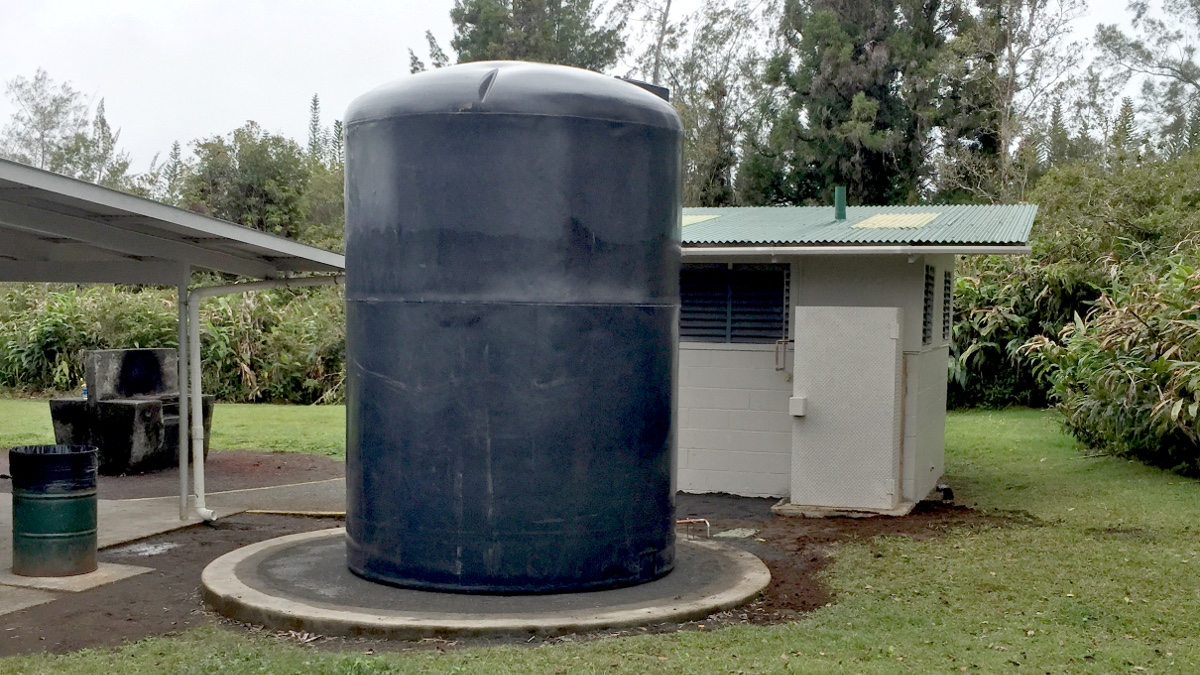 photo of the water tank at Glenwood Park taken before the theft of the tank, courtesy Hawaiʻi County.

GLENWOOD, Hawaiʻi - The small Hawaiʻi County park has been plagued by recurring theft and vandalism over the years.

ARCHIVE video by David Corrigan, recorded in April 2018, on another occasion in which Glenwood Park was vandalized.

(BIVN) – A 3,000 gallon potable water storage tank was stolen from Glenwood Park sometime in the early morning hours of Monday, County officials say, prompting the closure of the park until further notice.

“Unfortunately, theft and vandalism at County Parks and Recreation facilities have become commonplace. It will cost more than $5,000 of public tax dollars to replace the tank and repair the damaged water lines leading to the bathrooms,” said Maurice Messina, Deputy Director of Parks and Recreation, in a County media release.

The County released before and after pictures of the theft. 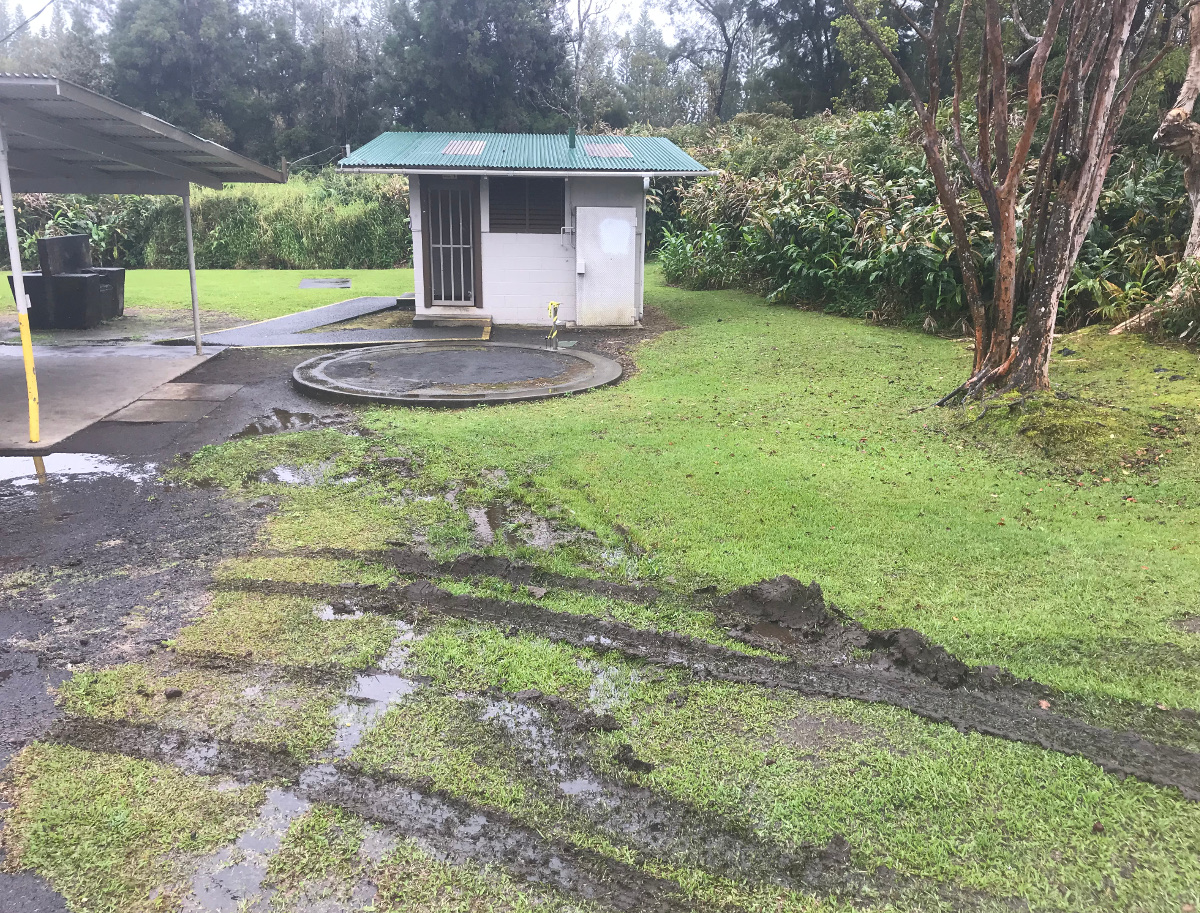 Photo taken after the theft of the water tank at Glenwood Park, courtesy the County of Hawaiʻi.

The small park located on Highway 11 has been targeted in the past. About one year ago, the County was dealing with theft and vandalism at the park, as well.

“Last year, our Director made the decision to close the park because the water tank was drained twice, causing issues with the water pump and bathroom facilities. Before that, someone introduced hazardous substances into the water tank, making the water unsafe for park users,” Messina said. “Until we can come up with a plan to mitigate future occurrences of theft and vandalism at Glenwood Park, the facility will remain closed.”

If you have any information about this incident, please contact the Police non-emergency number at 935-3311.

If damage or vandalism is found at any of your parks and beaches, please inform Parks and Recreation as soon as possible at (808) 961-8311.