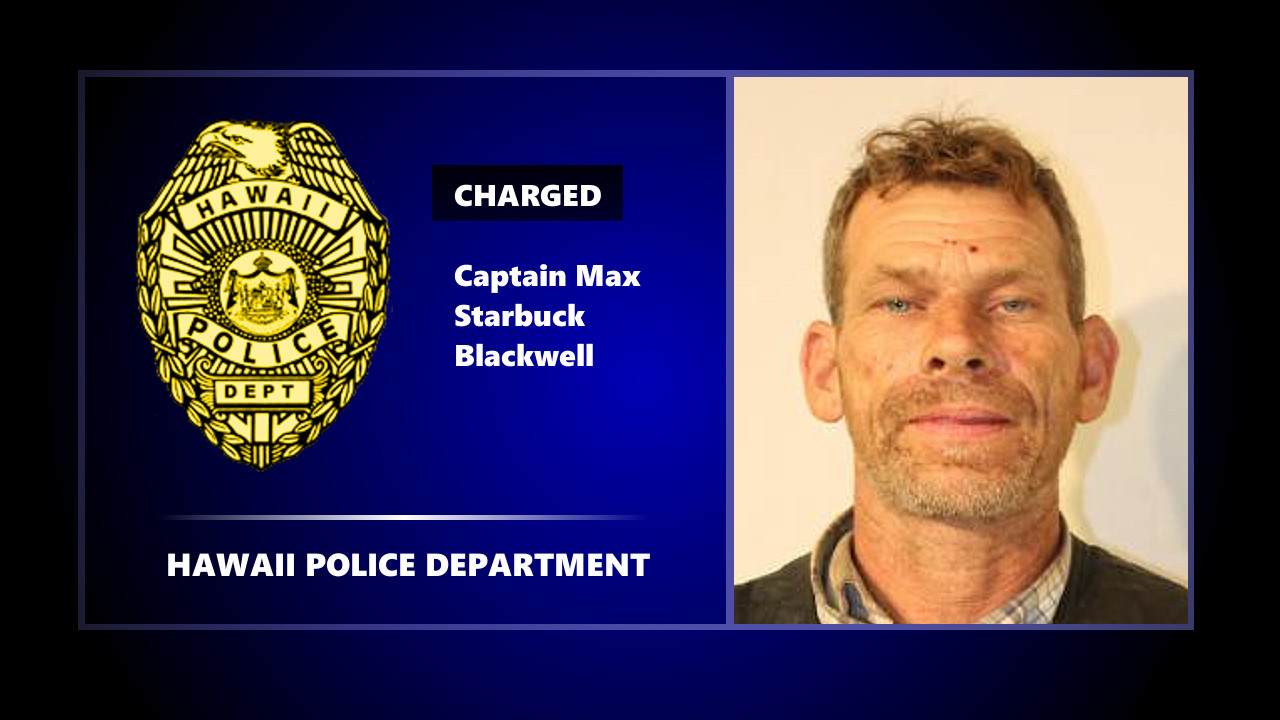 Pahoa Man Arrested For Theft After Being Caught On Video

PĀHOA, Hawaiʻi - Police say a 43-year-old man entered a property in Pāhoa and allegedly removed surveillance cameras from the residence.

(BIVN) – 43-year-old Captain Max Starbuck Blackwell from Pāhoa has been charged for theft and firearm offenses, police say, after the crime was captured on video surveillance.

Police reported in a media release issued on Monday:

After conferring with prosecutors, detectives from the Area I Criminal Investigation Section charged Captain Max Starbuck Blackwell with first-degree burglary, one count of third-degree theft, one count of unauthorized control of a propelled vehicle, one count of place to keep, and one count of registration mandatory. Bail for Blackwell was set at $13,000 and he is scheduled to make his initial court appearance today, Monday (March 25).

Blackwell’s charges stem from an incident that occurred on Wednesday, (March 20), when Blackwell allegedly entered a Malama Street property in Pāhoa and allegedly removed surveillance cameras from the residence. While conducting checks, officers were able to locate the property that was seen in surveillance footage before the system was disabled.

The media release added that in addition to recovering a stolen motorcycle, police also recovered the stolen surveillance cameras and a firearm.