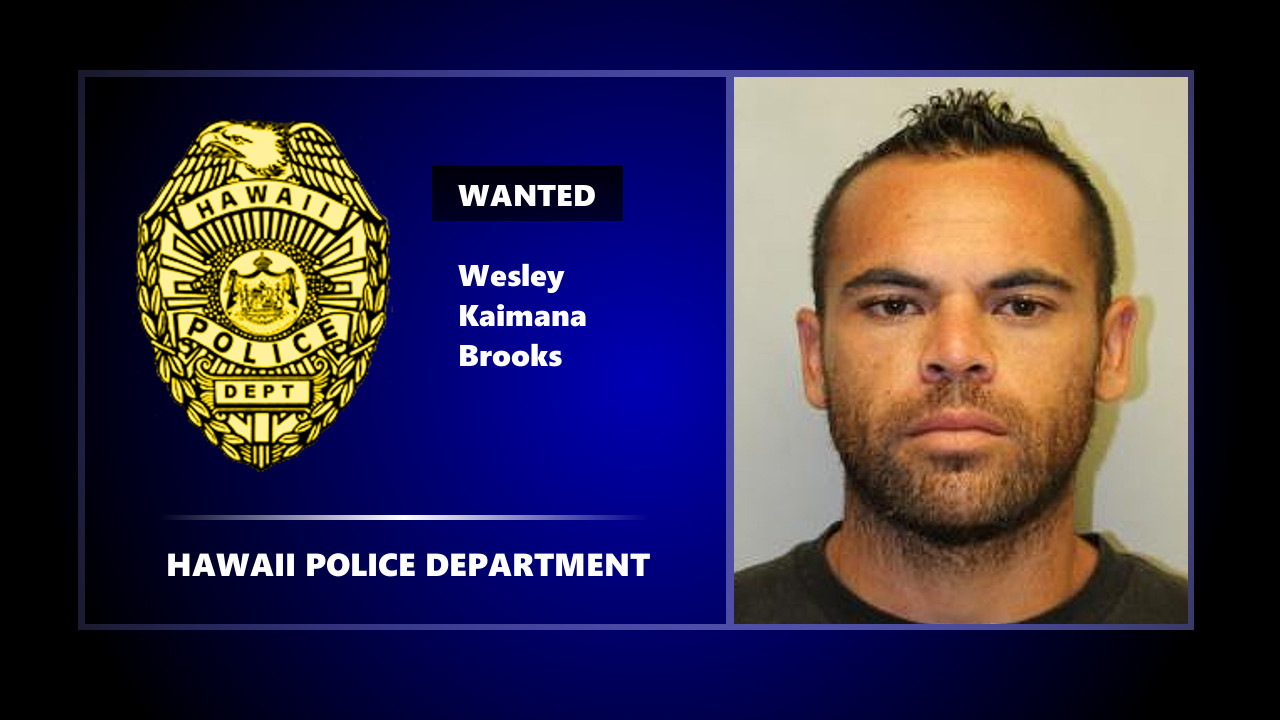 PUNA, Hawaiʻi - After a Pāhoa woman reported her ex-boyfriend fired several shots towards her, police are searching for a 31-year-old Keaʻau man in connection with the incident.

According to a police media release issued March 25:

This morning, shortly after 6:15 a.m., Puna patrol officers responded to a report of several shots fired on Kawakawa Street in Hawaiian Beaches. Responding officers learned that a 26-year-old Pāhoa woman reported her ex-boyfriend allegedly fired several shots towards her. The victim was uninjured.

Detectives from the Area I Juvenile Aid Section responded to the scene to further investigate the incident which is classified as a first-degree terroristic threatening and reckless endangering.

Police are asking for the public’s help in locating Brooks, “who is described as 5-feet-7 inches, weighing 160 pounds, medium build, medium complexion with black hair, and brown eyes.” Police caution the public that Brooks “is considered armed and dangerous” and should not approach him. Instead, call police at (808) 935-3311 to report his location.

Police are also looking for 32-year-old Carlos Lopez, of Pāhoa, for questioning in this incident. “Lopez may be operating a green 1990’s Toyota pick-up truck with a black hood,” police say. “The truck does not have its original license plates and last displayed a Hawaii license plate HFF-131 which was affixed to the rear bumper.”

Anyone who may have information about this incident is asked to call Detective Gavin Kagimoto at (808) 961-2276 or email gavin.kagimoto@hawaiicounty.gov or call the Police Department’s non-emergency line at (808) 935-3311.