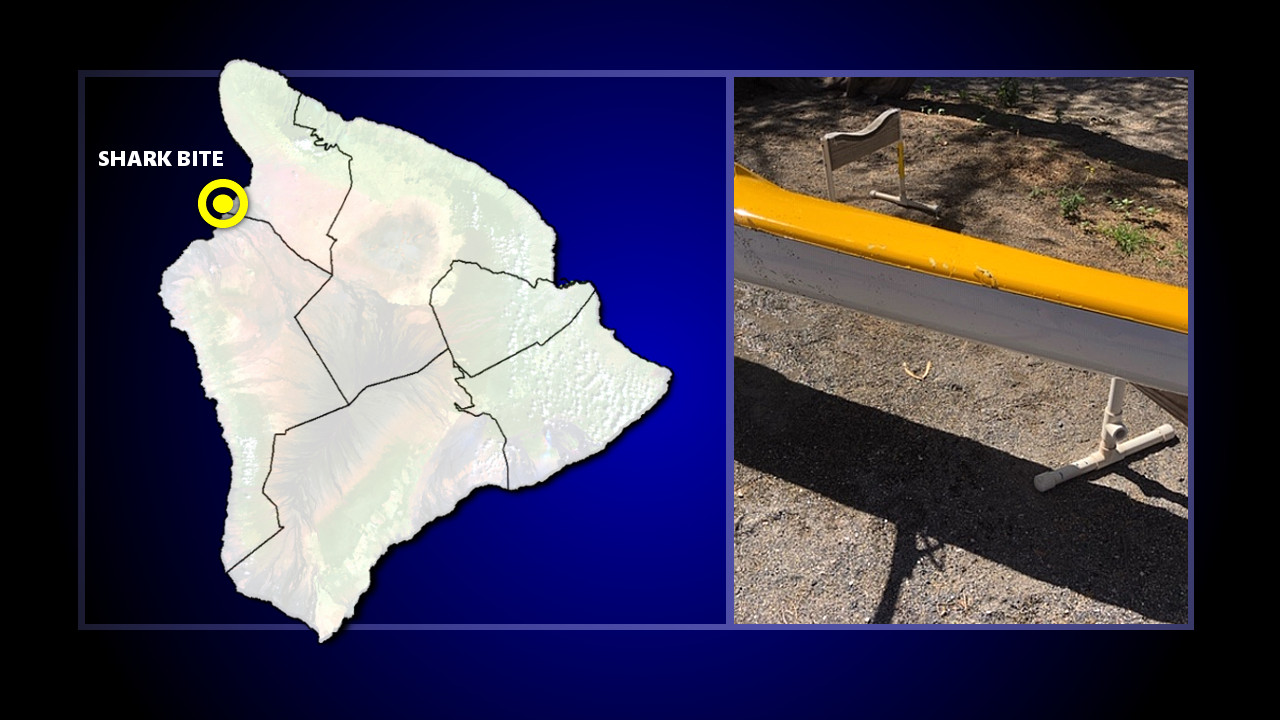 Map shows general location of the shark attack with a photo of the bitten canoe courtesy Randy Ring.

WAIKOLOA, Hawaiʻi - The shark attack happened in an isolated area between ‘Anaeho‘omalu Bay and Keawaiki, according to state officials.

(BIVN) – A 75-year-old man “received wounds to his leg” in an apparent shark encounter that occurred after 10 a.m. Tuesday, within an isolated area between ‘Anaeho‘omalu Bay and Keawaiki off the Waikoloa coast of Hawai‘i Island.

According to the Hawaiʻi Department of Land and Natural Resources:

The man and three others report they were paddling outrigger canoes about a half-mile off shore when one of the boaters noticed the victim had stopped paddling. The victim said a shark first bit the hull of the canoe and knocked him into the water. He said he fended off the shark with his paddle. He could not identify the shark species but estimated it was the same length as his twelve-foot-long canoe. His fellow paddlers helped him get back to shore and a friend took him to North Hawai‘i Community Hospital.

The state says the DLNR Division of Aquatic Resources reports the Hawaiʻi County Fire Department “conducted a helicopter fly-over of the area but no sharks were spotted.”

Another fly-over is scheduled for tomorrow morning, officials say, to “ensure sharks have not moved into more heavily used areas.”

No warning signs have been posted, due to the ruggedness and remoteness of the area, DLNR says. The location “is not typically visited and requires a two-mile hike in to reach the coastline.”