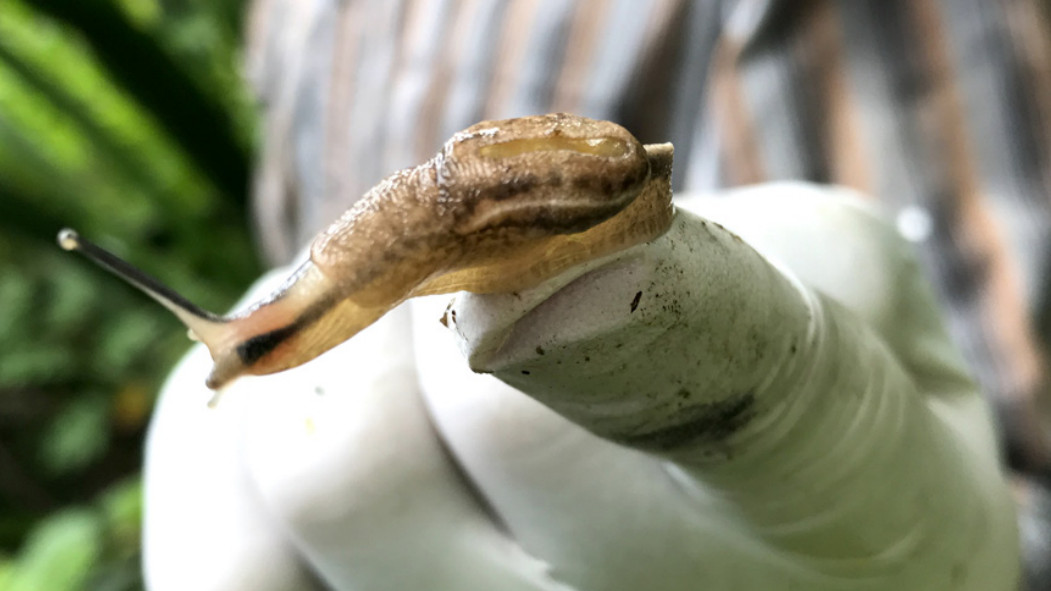 HAWAIʻI ISLAND - The individual is a resident of North Hawai‘i and is the second person from the Big Island to test positive for angiostrongyliasis so far this year.

(BIVN) – The second case of rat lungworm disease in the state of Hawaiʻi in 2019 has been confirmed in a resident of North Hawai‘i. Both confirmed cases of the disease, also known as angiostrongyliasis, have been contracted on Hawaiʻi Island.

The Hawaiʻi Department of Health issued this news release Thursday:

Health officials learned recently about the adult resident of North Hawai‘i, who became ill in January. Laboratory testing though DOH’s State Laboratories Division confirmed the individual’s infection in late February. The individual was hospitalized for a short time and has since recovered.

“In Hawai‘i, we need to treat all slugs and snails as if they are infected with the parasite that causes rat lungworm disease, and this means washing all produce no matter where it comes from, whether it’s from the grocery store, the farmer’s market or grown in our own home gardens and yards,” said Health Director Bruce Anderson. “Washing all produce carefully and thoroughly using clean, running water is the most effective way to remove unwanted slugs or snails from fresh fruits and vegetables.”

A community meeting will be held in North Hawai‘i in late April, health officials say, to provide residents in the area with information about rat lungworm disease and how they can protect themselves.

The meeting is tentatively scheduled at the North Kohala Public Library for Monday, April 22, at 6 p.m.

The health department included this general information about the disease: