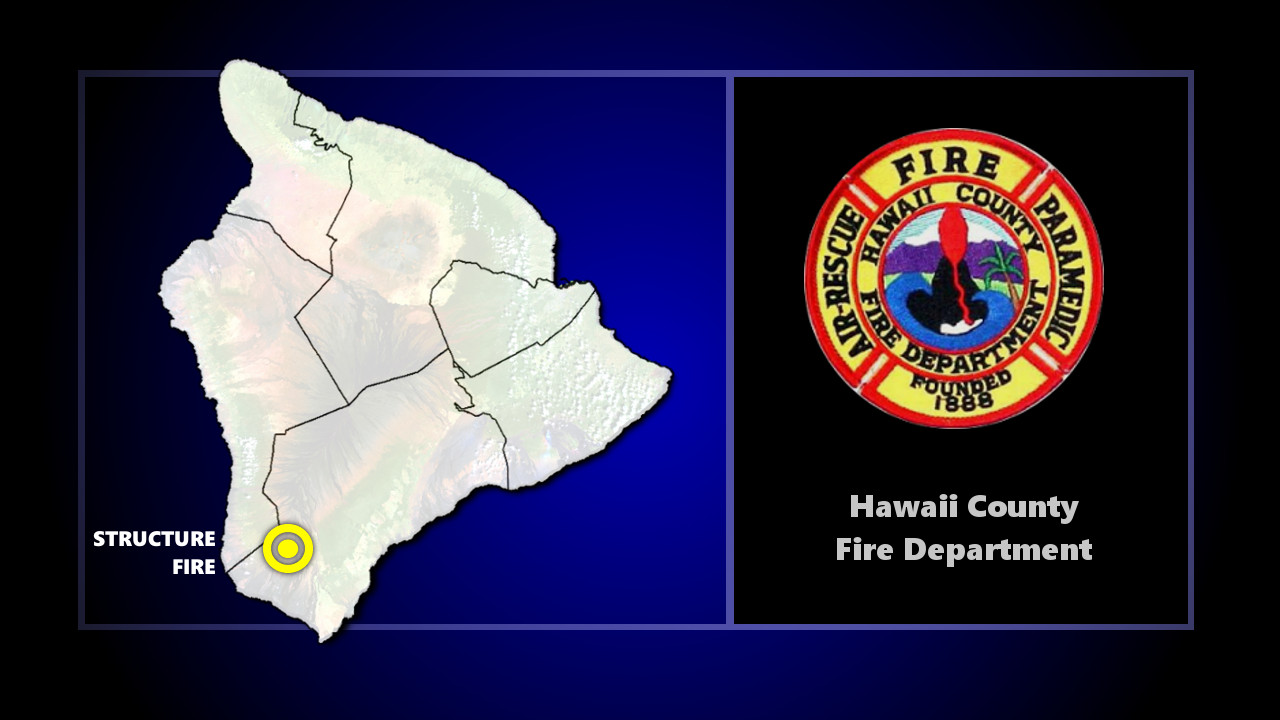 HAWAIIAN OCEAN VIEW ESTATES - There were no reported injuries in a Bamboo Lane structure fire Thursday night in the Kaʻū subdivision.

Upon arrival, firefighters found a single story family dwelling fully engulfed in flames. “Due to building being fully engulfed with imminent structural collapse and limited water supply,” the fire dispatch stated, “defensive strategy initiated with exposure protection in place around perimeter of structure.”

The fire crews say there was no indication of any occupants in the home at the time of the fire.

When the fire was extinguished and the overhaul was completed, the scene was turned over to the Inspector. The fire department estimated a loss of $150,000.