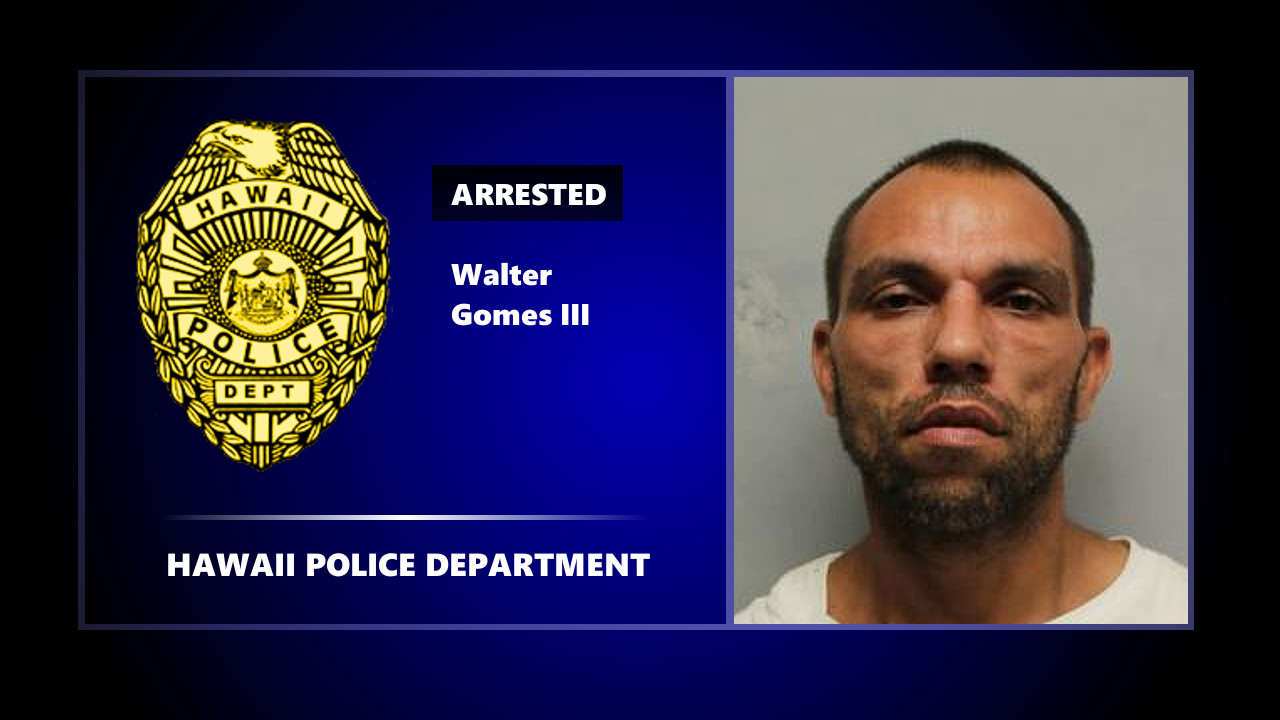 Manhunt Ends With Arrest Of Walter Gomes In South Kona

HAWAIʻI ISLAND - Police say Walter Gomes III has been arrested by Kona Patrol officers, with no incident, in the South Kona area.

(BIVN) – Walter Gomes III, the target of a tense manhunt over the last week and a half, has been arrested in South Kona.

UPDATE – In a Monday morning media release, police say they were acting on leads developed and tips from the community, when they located 41-year-old Walter Gomes III in the Captain Cook area on Sunday afternoon.

Upon contacting Gomes, police say he was compliant with the officer’s verbal commands, and the officers were able to take him into custody without incident.

Gomes is currently being held at the Kona Police cellblock while the Area II Criminal Investigations Division continues to compile information. Gomezs has not been charged.

“It is because of the police-community partnership, that we were able to successfully bring this situation to a close. We continue to thank the community for their support and information,” said Lt. Roylen Valera in Monday’s media release.

Police first began looking for the 41-year-old Gomes on March 20, after a woman sustained a gunshot wound in Kona. Officers located Gomes and his vehicle near Maiau Street in Kona, but the suspect “refused to comply with the officer’s verbal commands and drove his vehicle toward police, striking a police vehicle,” a news release stated. Three officers discharged their firearms; however, the driver was able to flee the area.

The manhunt for Gomes led police to North Kohala on March 21, where Gomes “was seen in his vehicle and refused to surrender to police, which lead to a police pursuit and the closure of roads and evacuation of residents in Hawi,” police reported.

Several officers fired rounds into Gomes’ vehicle at two locations in Hawi. “The pursuit ended when the suspect broad-sided a police vehicle, abandoned his vehicle and fled into a dense brush area,” police said.

There was no more news about Gomes until Sunday, March 31, when police announced his arrest.