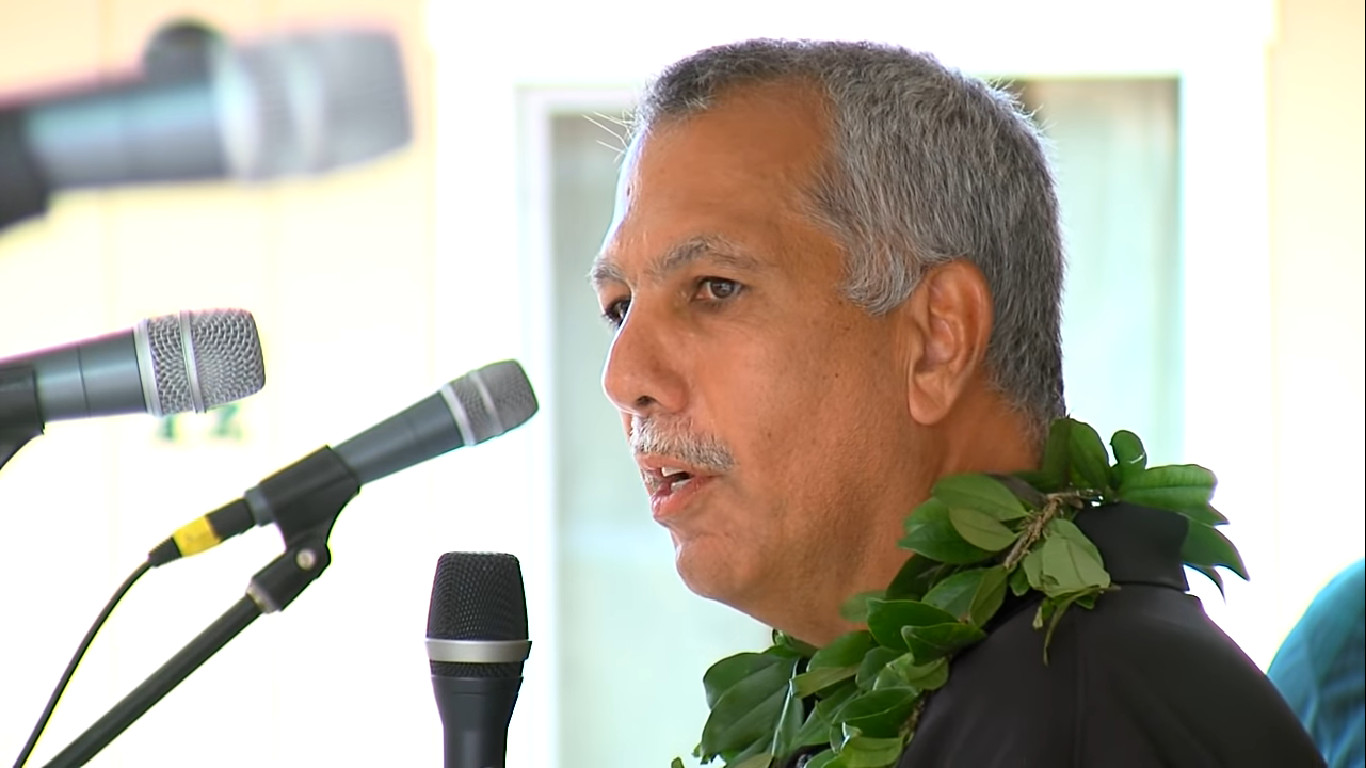 file image of Darryl Oliveira from video by David Corrigan

HILO, Hawaiʻi - The former head of Hawaiʻi County Civil Defense takes over the seat just in time for the start of Tsunami Awareness Month.

(BIVN) – The Pacific Tsunami Museum, located in Downtown Hilo, announced that Darryl Oliveira, the former administrator of Hawaiʻi County Civil Defense, will be the new president of the museum’s board of directors.

This media released was issued Monday on behalf of the Museum, which serves as “a repository of stories, a convener of experts and historians, a partner in disaster preparedness education, and a touchpoint for those affected by tsunamis around the Pacific”:

At the beginning of Tsunami Awareness Month, the Pacific Tsunami Museum is pleased to announce former Hawaiʻi County Civil Defense head Darryl Oliveira has been named president of the museum’s board of directors. The Pacific Tsunami Museum, located in Downtown Hilo and serving Hawaiʻi and the Pacific, is a non-profit organization dedicated saving lives through tsunami education and disaster preparedness.

“It is an honor to serve our community through the good work of the Pacific Tsunami Museum. Education and preparation is key to surviving any disaster,” Oliveira said.

A native of Hilo and graduate of Hilo High School, Oliveira’s career in public safety began as a Hawaiʻi Fire Department paramedic in 1980. He rose through the ranks until named Fire Chief in 2002. Oliveira served as fire chief for nine years. After a brief retirement, he returned to service as head of Civil Defense in 2013.

Oliveira served as head of Hawaiʻi County Civil Defense from 2013 – 2016 – a busy period that included Hurricane Iselle that ravaged Puna, a lava flow that entered Pāhoa Town, and an outbreak of dengue fever. He also oversaw preparations for and response to numerous tsunami threats throughout his public safety career.

These days, Oliveira is Safety & Internal Control Manager at HPM. In addition to his service with the museum, he serves on the Community Action Network of Community First and on the board of Hawaiʻi Care Choices.

The goals of the museum are to promote public tsunami education, to preserve history, and to serve as a living memorial to those who lost their lives in past tsunami events, the media release says. The current home of the museum is along the Hilo Bayfront, within a former branch of First Hawaiian Bank that itself survived two major tsunamis.