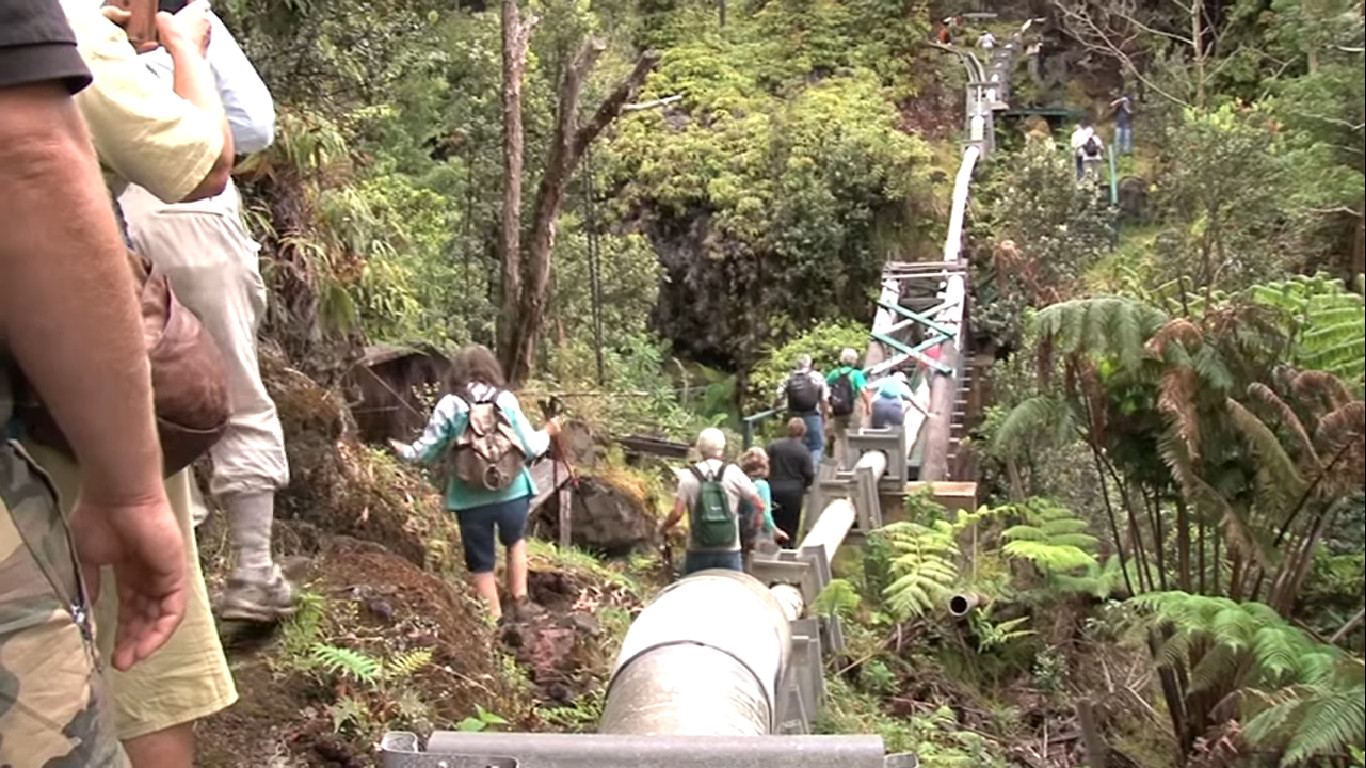 HONOLULU, Hawaiʻi - The controversial bill allows water diverters an additional seven years to complete the long-term lease application process for disposition of waters that the State holds in trust.

(BIVN) – Kaʻū ranchers and farmers find themselves once again stuck in the middle of a contentious legislative fight over Hawaiʻi water rights.

A public hearing was scheduled on the bill before the Senate Ways & Means Committee, and the Water & Land Committee on April 2 in Honolulu. The bill already passed through the State House.

Opponents of the bill mostly point to water diversion activities of the Kauaʻi Island Utility Cooperative and Alexander & Baldwin on Maui. But Kaʻū will also be impacted by the bill.

John Cross, the Vice Chairman of the Ka’u Soil and Water Conservation District and past President of the Ka’u Agricultural Water Cooperative District, summed up their position in support of the bill with his testimony:

Since 2007 the Revocable Permit holders in the Ka’u District recognized the need to convert their R.P.’s to long term water leases with the DLNR. The KAWCD was formed as a federated cooperative consisting of other water cooperatives, LLC’s, Trusts, and individual Permit holders. For many years we have worked with the Hawaii Department of Agriculture, Agribusiness Development Corporation, and the Department of Land and Natural Resources to develop a process to convert the R.P.’s to long term leases. Significant effort was made to identify the tunnel resources in the district including a modern metes and bounds survey of the sources and access routes. This action performed by HDOA. Our efforts got sidelined when the ruling out of Judge Nishimura’s court invalidated the extension of the R.P.’s. We were in strong support of HB 2501 (2016) which resulted in Act 126 which allowed the permit holders three years to begin the process of conversion to long term leases.

The permit holders in the district of Ka’u have been ACTIVELY working through the required steps to get the leases before the BLNR for action. While the original intent of the former KAWCD was to gain a single long term lease for all the Ka’u R.P. holders, (the members), it has now become apparent that the process needs to revert to each individual R.P. holder to perform an action for an independent water lease. The Ka’u Soil & Water Conservation District supports all their actions and remains ready to assist each action as the source of the waters comes from the same parcel of land owned by the DLNR, that being the Ka’u Forest Reserve.

Big Island Video News featured a hike into the Kaʻu Mountain Water System , recorded by Tim Bryan several years ago, in which Cross served as the tour guide.

The Reserve contains many horizontal shaft tunnels bored by the Sugar Plantations in the 1920’s. These tunnels started their use as water for transportation of cane to the mills. After the plantations closed the tunnels as flume systems fell into disrepair. The singular R.P. held by the Sugar Plantation upon the Forest Reserve since 1973, was bifurcated after sugar cultivation ceased into the five independent R.P.’s that exist today. These R.P. holders have invested vast amounts of money to improve the systems and tunnels. The water from these sources support Macadamia Nut orchards, Cattle Ranching, Coffee Cultivation, and a growing expansion of Vegetables and Produce…food for the community and State of Hawaii. The lands of the Ka’u District are bountiful, but only so with Water.

On behalf of the Sierra Club of Hawaiʻi, Marti Townsend wrote in opposition to the bill, and explained how the organization sees it as “a wholesale giveaway of our stream waters for private profit.”

“It is extremely disappointing to see local agriculture and renewable energy production used a shields for blatantly excessive stream diversions for the private profit of a few,” Townsend wrote. “The Sierra Club has a long history of supporting local agriculture and renewable energy. We know that our watersheds are abundant and can support all of these endeavors and more if the water is shared.”

Still, the Sierra Club wrote in support of the Kaʻū ranchers.

The ranchers of Kaʻu were notified in 2016 that their use of water from wells in the Kaʻu Forest Reserve requires revocable permits and eventually a water lease. These ranchers use a small amount of water, compared to KIUC and A&B and have been actively producing food for many, many years. The water used by these ranchers is sourced from naturally impounded water, not streams. They did not know HRS §171-58 applied to them and have not had sufficient time to adapt. It is reasonable to extend the temporary revocable permit regime to the ranchers of Kaʻu while they complete their water lease, including a state-funded environmental review.