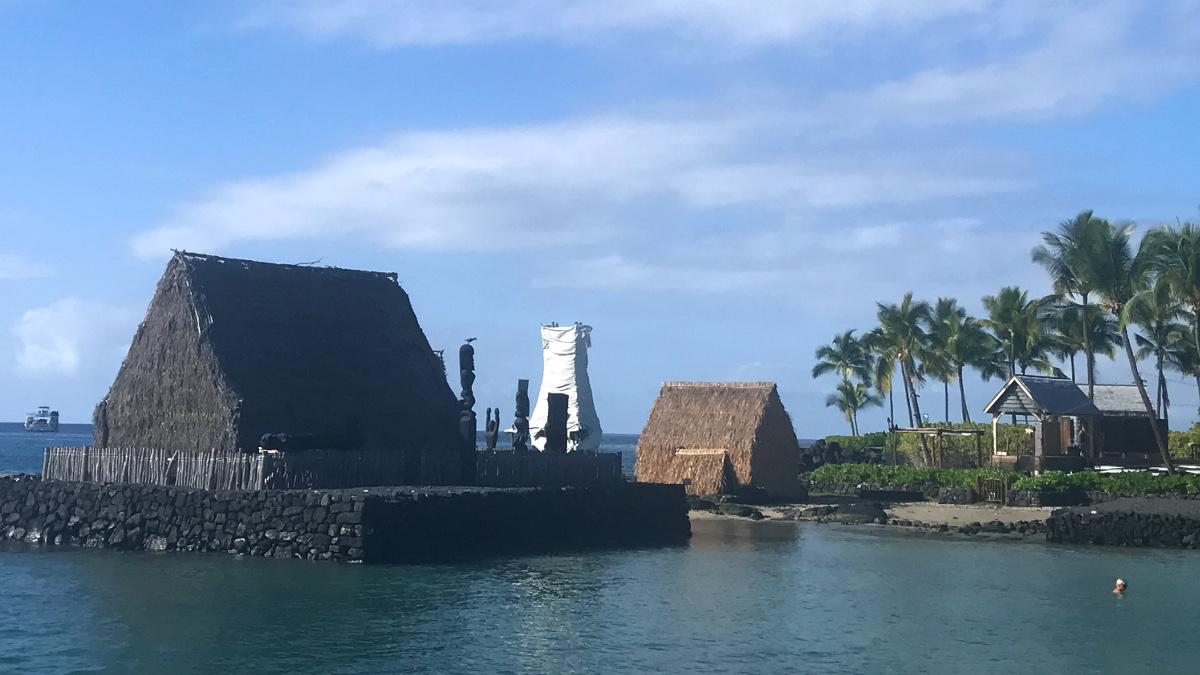 200th Anniversary Of King Kamehameha Passing To Be Commemorated

KAILUA-KONA, Hawaiʻi - A procession of chanters will gather at Ahuʻena Heiau located at Kamakahonu Bay on the morning of May 8, for a ceremony at sunrise.

(BIVN) – On Wednesday, May 8, a procession of chanters and Hawaiian royal societies will make its way from Hale Halawai on Aliʻi Drive in Kona’s Historic Kailua Village, to the Ahuʻena Heiau located at Kamakahonu Bay, for a sunrise ceremony marking 200 years since the passing of King Kamehameha the Great.

“We will follow in the footsteps of Kamehameha,” stated Ahuʻena Heiau Board Chair Tom Hickcox in a media release. “The ceremony will be protocol driven and ho`okupu will be accepted at the heiau at sunrise. We invite the community to join us to commemorate King Kamehameha the Great’s legacy on the 200th anniversary of his passing.”

Aliʻi Drive will be closed from Hualālai Road to Ka’ahumanu Place on Wednesday, May 8 from 4:15 a.m. to 5:30 a.m., as Kahu Kealoha Kaʻopua and Kauhane Heloca will lead a procession of chanters and Royal Societies from Hale Halawai starting at 5:00 a.m.

They will proceed along Aliʻi Drive to Kaʻahumanu fronting Kailua Pier, where they will be met by Kai ʻOpua Canoe Club’s convoy of canoes in Kamakahonu Bay at Ahuʻena Heiau, where they will lead a sunrise (5:55 am) ceremony with appropriate protocols.

Organizers say the procession of chanters and Royal Societies will face Hualālai and the Kahu will lead the Royal Order Kamehameha I Moku o Kona in the chant E Ala Ē at sunrise. Presentation of hoʻokupu by the Royal Societies and others will follow, the release says.

In addition to the Royal Order of Kamehameha I Moku o Kona, organizers say ʻAhahui Kaʻahumanu’s Kona, Waimea and Kohala chapters are participating with the Daughters of Hawaiʻi. Other Hawaiian societies, cultural entities, civic clubs and others are invited to attend and present hoʻokupu.

Chanters wishing to participate are invited to contact Kealoha Kaʻopua by May 1 via email kealoha@ibphawaii.com or by calling 808-895-6487 for more detailed event information. Cultural groups and others wanting to present hoʻokupu are encouraged to call Ahuʻena Heiau Board Chair Tom Hickcox at 808-756-0756.

Ahuʻena Heiau Inc. also presented this information on the importance of Kamakahonu Bay in Hawaiʻi history:

Ahuʻena Heiau, overlooking Kailua’s seaside village and upslope mauka lands, is the religious temple that served King Kamehameha the Great. When the king returned to the island of Hawai`i in 1812 to live out his golden years, Ahuʻena was the center of political power in the Hawaiian kingdom where his highest advisors gathered each night.

2) Following the death of his father, in a time of political consternation and the threat of civil war, Liholiho (Kamehameha II) broke the strict guidelines of the ancient kapu, a highly defined social system that regulated Hawaiian society, with ʻAi Noa when he shared in a feast with his mother Keōpūolani and co-regent Kaʻahumanu. Previously, men and women were prohibited from eating together and these two powerful women led the charge against the kapu system.

3) The first Christian missionaries arrived from New England and were granted permission to come ashore here on April 4, 1820.

Not until the mid-1970s, over 150 years after these historical events unfolded, was an accurate reconstruction project undertaken. A community-based committee, Ahuʻena Heiau Inc., formed in 1993 to permanently guide the ongoing restoration and maintenance of this national treasure.

Ahuʻena Heiau Inc. continues to partner with the Royal Order of Kamehameha I Moku o Kona, has a working relationship with Bishop Museum and consulted with founding committee member Herb Kane until his passing. Ongoing initiatives include an annual maintenance schedule, engaging the community in the heiau’s preservation, maintenance and education programs, fundraising and addressing long-term needs.