MAUNAKEA, Hawaiʻi - Two telescopes located at the top of Maunakea helped to capture the very first image of a black hole, and a renowned Hawaiian language and cultural practitioner helped name it. 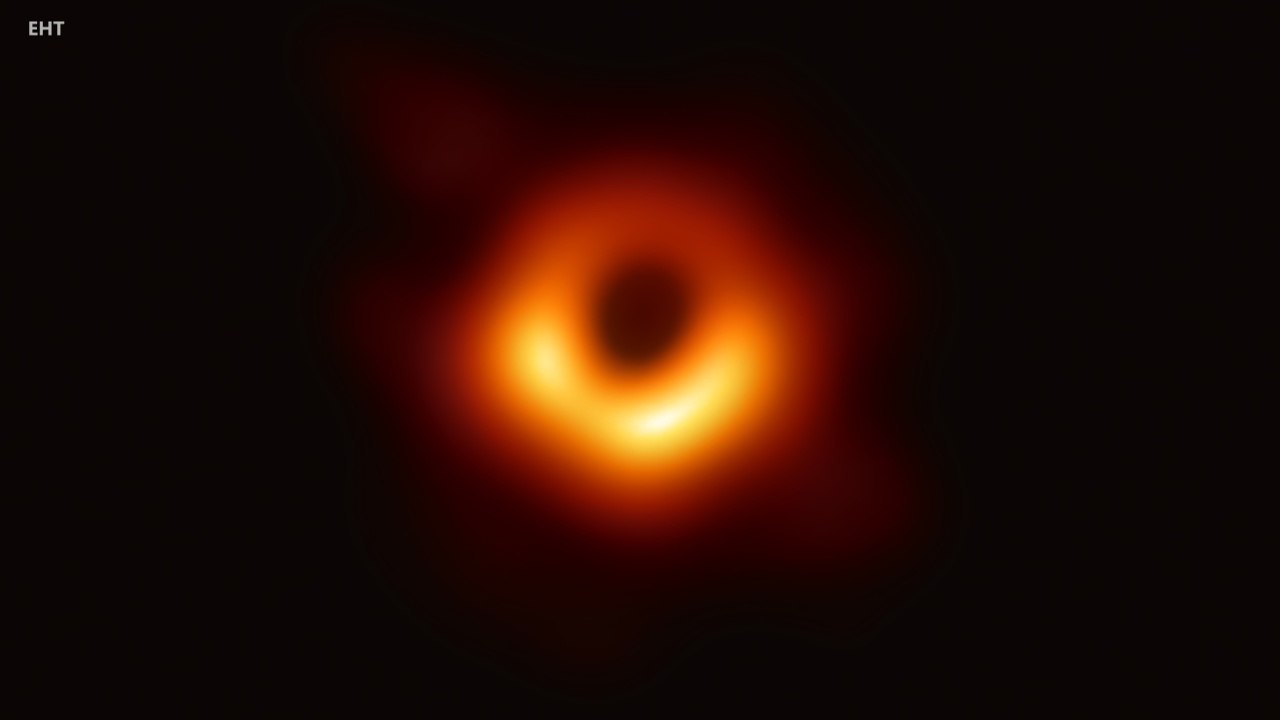 Pōwehi – the supermassive black hole in the centre of Messier 87 and its shadow.

(BIVN) – On April 10, 2019 the world got its first look at an actual image of a black hole, and that object now has a Hawaiian name: Pōwehi.

Two telescopes on Maunakea – the James Clerk Maxwell Telescope (JCMT) and Submillimeter Array (SMA) – joined six other observatories around the world to take part in the unprecedented Event Horizon Telescope project, resulting in the April 2017 capture of a look at the supermassive black hole at the center of the Messier 87 galaxy, which is about 50 million light years away. The image was finally released today.

“Maunakea makes this discovery and the spectacular image of Pōwehi possible,” said Dr. Jessica Dempsey, deputy director of East Asian Observatory’s James Clerk Maxwell Telescope. “It’s perfect remote position, and the dry conditions on Maunakea’s summit, allow JCMT and SMA to collect the tiny amount of light that only touches our planet in a few very special places. Like the mountain itself, every drop of light we gather is precious.”

The Maunakea Observatories explained how the name came about:

Astronomers collaborated with renowned Hawaiian language and cultural practitioner Dr. Larry Kimura for the Hawaiian naming of the black hole. Pōwehi, meaning embellished dark source of unending creation, is a name sourced from the Kumulipo, the primordial chant describing the creation of the Hawaiian universe. Pō, profound dark source of unending creation, is a concept emphasized and repeated in the Kumulipo, while wehi, or wehiwehi, honored with embellishments, is one of many descriptions of pō in the chant.

“It is awesome that we, as Hawaiians today, are able to connect to an identity from long ago, as chanted in the 2,102 lines of the Kumulipo, and bring forward this precious inheritance for our lives today,” said Dr. Kimura, associate professor at University of Hawai’i at Hilo Ka Haka ʻUla o Keʻelikolani College of Hawaiian Language. “To have the privilege of giving a Hawaiian name to the very first scientific confirmation of a black hole is very meaningful to me and my Hawaiian lineage that comes from pō, and I hope we are able to continue naming future blackholes from Hawaiʻi astronomy according to the Kumulipo.” 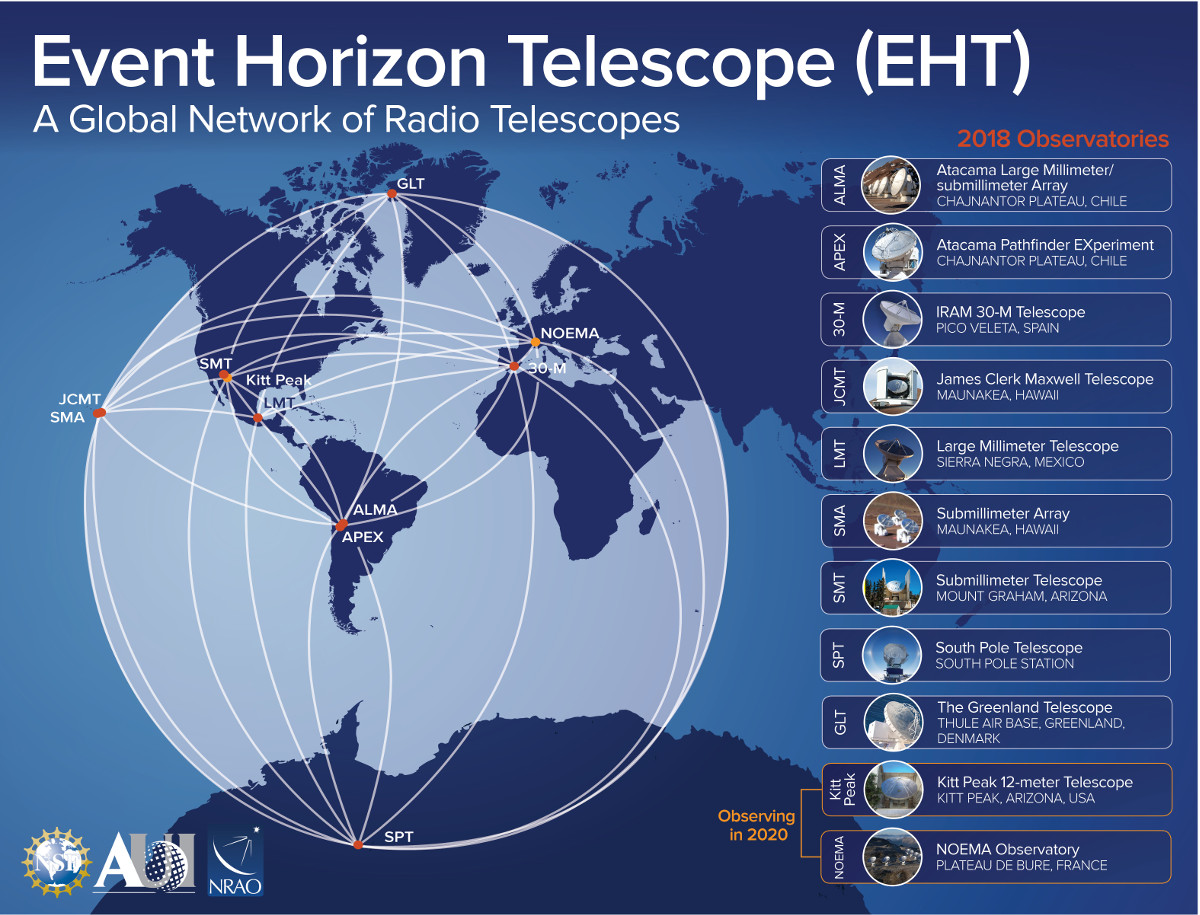 This diagram shows the location of the telescopes used in the 2017 EHT observations of M87.

The Event Horizon Telescope project, which links the SMA and JCMT on Maunakea together with strategically placed radio telescopes across the globe, is essentially an Earth-sized telescope. The technique is called very-long-baseline interferometry (VLBI), and is “powerful enough to see a Lehua flower petal on the moon,” a media release stated.

“SMA and JCMT, working together as one ‘ohana, pioneered the revolutionary technique to see such tiny and faint objects and they were critical in capturing the image of Pōwehi,” said Geoff Bower, chief scientist for Hawai’i operations of Academia Sinica Institute of Astronomy and Astrophysics. “The spirit of aloha required to unite scientists and observatories across the world was born right here on Maunakea. And powerful new capabilities coming soon at SMA and JCMT mean that Hawai’i’s groundbreaking contributions to understanding our universe are just beginning.” 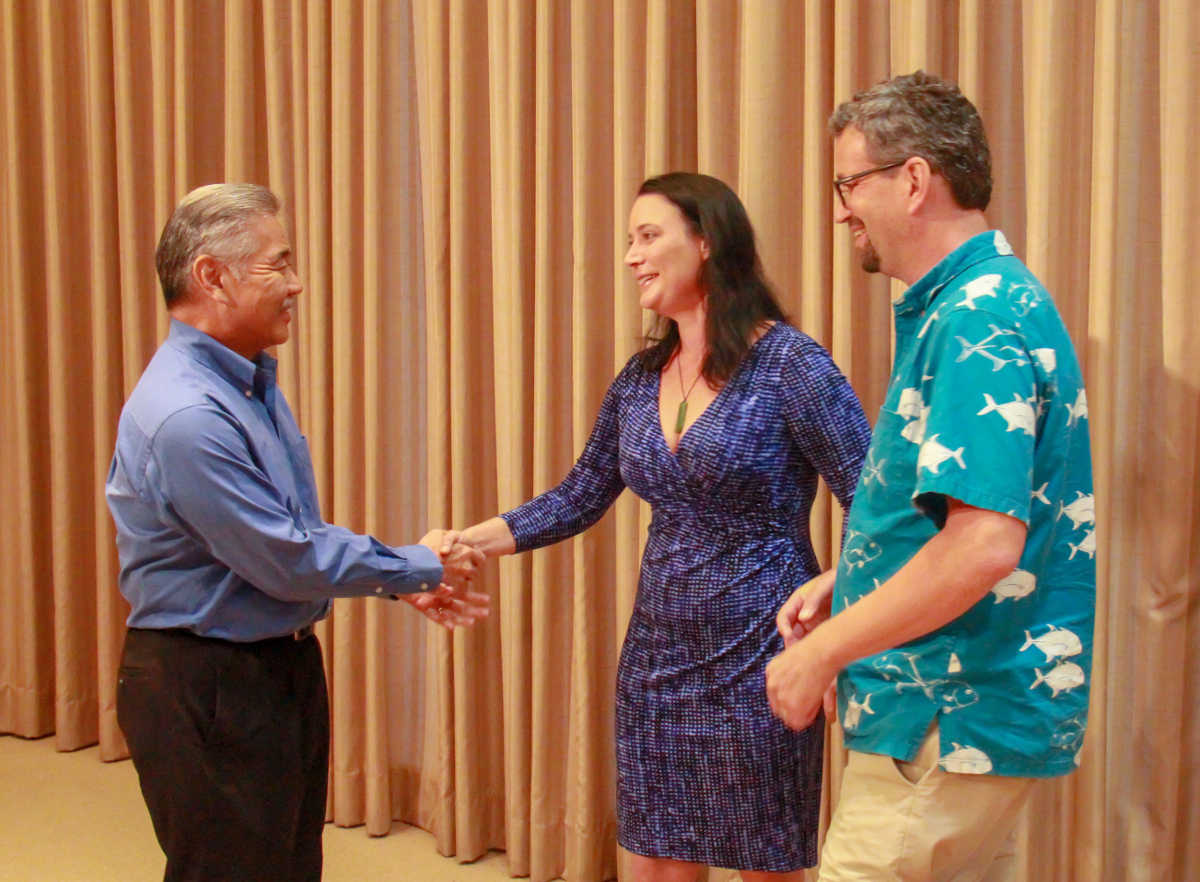