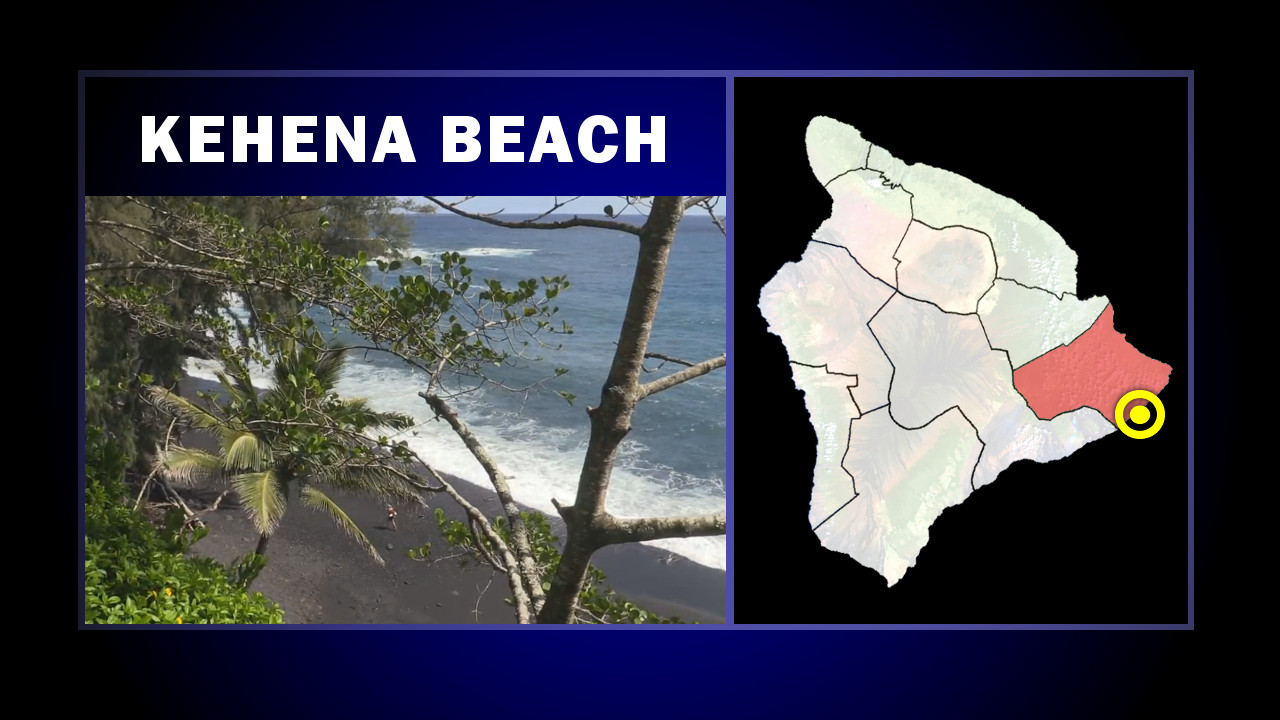 PUNA, Hawaiʻi - A man died after being lost in the surf in the waters of Kehena Beach in lower Puna on Sunday.

(BIVN) – The Hawaiʻi County Fire Department reports a drowning death occurred in the waters of Kehena Beach on Sunday afternoon.

“A male swimmer was unable to make it back to shore and was lost in the surf,” a fire dispatch stated. Rescue crews responded to the scene at around 2:15 p.m.

There were strong currents and large waves along the rocky shoreline of the popular Puna beach, the fire department reports. A High Surf Advisory has been in effect for most of the day.

According to the fire department release:

Company 10 Rescue Company 02, Ski-1 and Battalion Chief were dispatched to Kehena beach for a swimmer in distress. Upon arrival it was determined that a male party had been overcome by strong surf and currents while swimming in the waters off Kehena beach. Initially, the victim was not seen, but C-1, HFD personnel and Pohoiki lifeguards continued searching and found the victim. He was recovered from the turbulent and rocky shoreline area without any signs of life. The victim was airlifted to an awaiting ambulance and the EMS personnel determined the person DOA. The scene was released to HPD.

Big Island Video News will have more information when it becomes available.