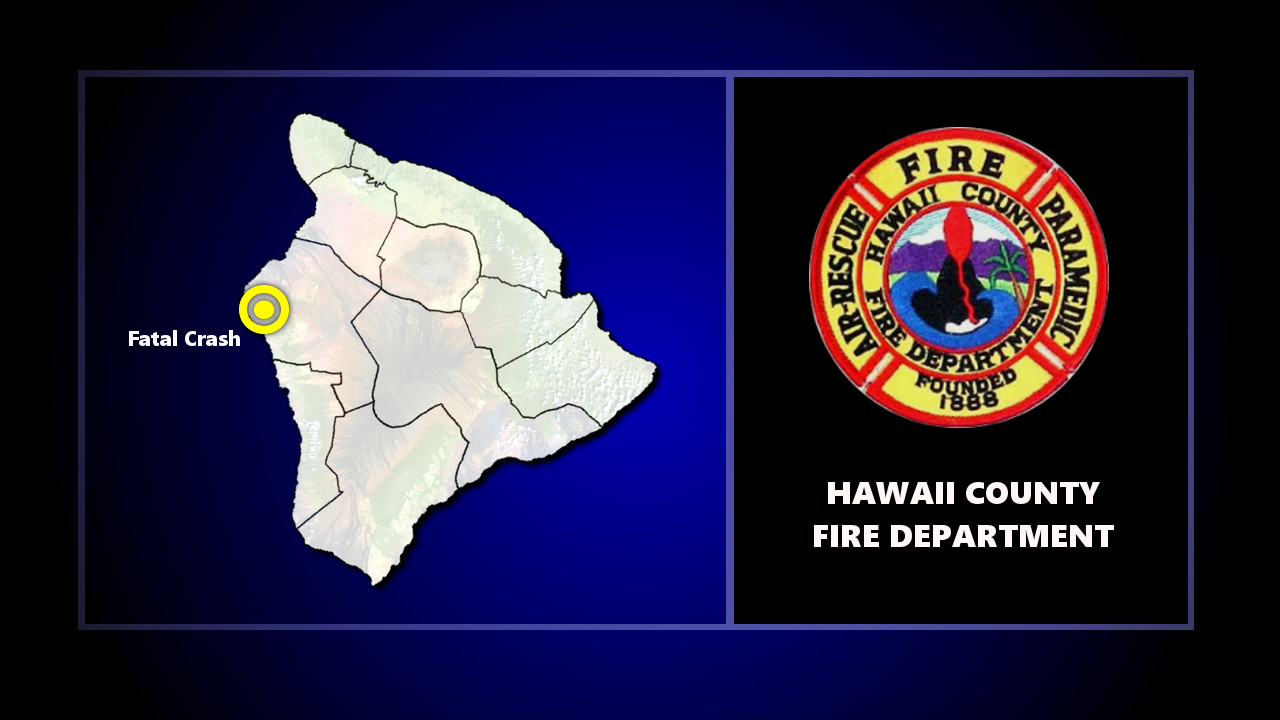 KAILUA-KONA, Hawaiʻi - Kona roadways were closed as emergency personnel responding to the scene of the deadly collision that also left four others injured.

(BIVN) – One person died and four others were injured Saturday evening after a motorcycle collided head-on with a Toyota 4Runner in Kona, below the Highway 180 & Highway 190 intersection.

According to a Fire Department media release, the male motorcycle driver was found dead on arrival. Fire personnel report was probably caused by excessive speed as the motorcyclist “was trying to over take vehicle on a blind turn when incident occurred.”

Four others were taken to Kona Community Hospital for treatment, fire officials say.

The road was closed as police and fire responded to the scene, and traffic was detoured to Hinalani Street.

A 60-year-old Kailua-Kona man died following a two vehicle collision on Saturday (April 20) in Kailua-Kona on Palani Road (Highway 190) below the intersection of the Holualoa and Highway 180.

The 60-year-old male has not yet been positively identified.

Responding to a 5:39 p.m. call, police determined that a white 2013 BMW HP4 motorcycle heading north (Kamuela bound) had crossed a double solid yellow line near a turn and struck a southbound white 2019 Toyota Sequoia SUV head-on.  The Toyota Sequoia was being operated by a 25-year-old Kailua-Kona man.  The 60-year-old male rider was transported to the Kona Community Hospital where he was later pronounced dead at 8:50 p.m.

The driver of the Toyota Sequoia and his passengers, a 23-year-old female and a 2-year-old child, were taken to Kona Community Hospital by HFD personnel.  All three parties were treated for their injuries and later released.

Police believe speed and alcohol are possible factors in the crash.

Police are looking for a possible witness that was operating a white Tesla sedan that was also heading in the same direction as the BMW motorcycle.

The Traffic Enforcement Unit has initiated a Coroner’s Inquest investigation and is asking for anyone who may have witnessed the accident to contact Officer Kimo Keliipaakaua at 326-4646 ext. 229. Tipsters who prefer to remain anonymous may call Crime Stoppers at 961-8300 in Hilo.

This is the 6th traffic fatality this year compared to 7 at this time last year.