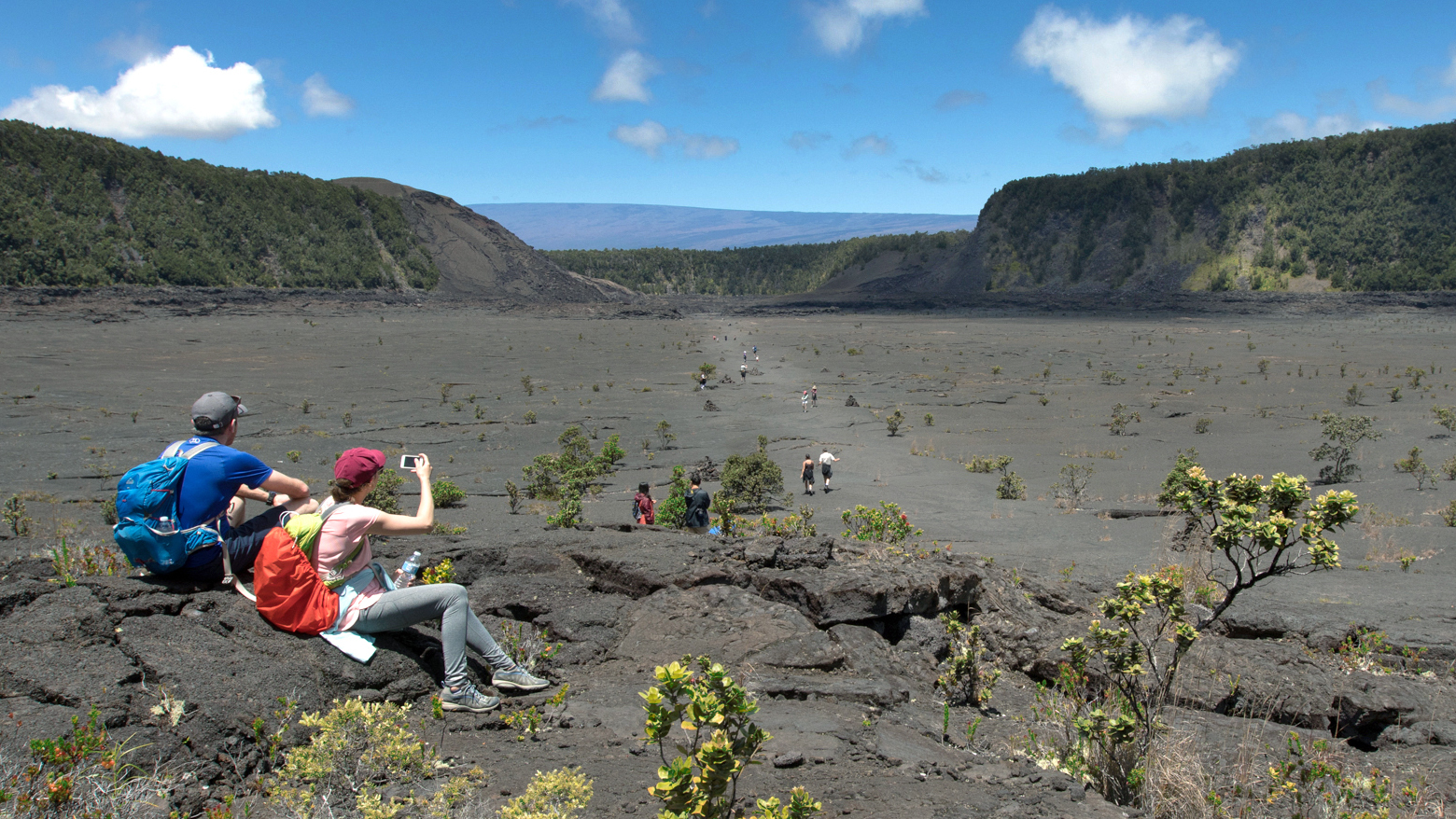 Visitors “can park at Kīlauea Iki parking lot, and hike Crater Rim Trail towards the closed lava tube parking lot,” a recent Hawaiʻi Volcanoes National Park website update reads. “Hike in and hike out the same way, a 2.4-mile one-way trek. The trail crew made significant repairs to the switchbacks which were destroyed when large boulders up near the rim were loosened by earthquakes, then crashed down through the trail and retaining walls, landing on the crater floor.”

The section of trail leading to and on Byron’s Ledge is badly damaged and remains closed, the park update says.

Under an updated Frequently Asked Questions section of the HVNP website, the National Park Service answers if the park is “safer for visitors” now that the USGS Hawaiian Volcano Observatory has lowered the Volcano Alert Level for Kīlauea to NORMAL:

The open areas of the park are as safe to visit as they were before last summer’s closures. Unsafe areas and areas that require further evaluation remain closed to visitors. Kīlauea is still an active volcano, and while it’s not currently erupting, volcanic hazards still exist like falling onto hardened, razor-sharp lava, localized heavy concentrations of volcanic gases that can exacerbate respiratory and heart issues, cliff edges, hazardous earth cracks, sinkholes along trails and wind-driven ash and other particulate matter. Visitors are urged to heed all posted signs.

On Twitter, Hawaiʻi Volcanoes National park released a first look at a new “base layer” of a new park map, “depicting the massive changes of the Kīlauea caldera.” 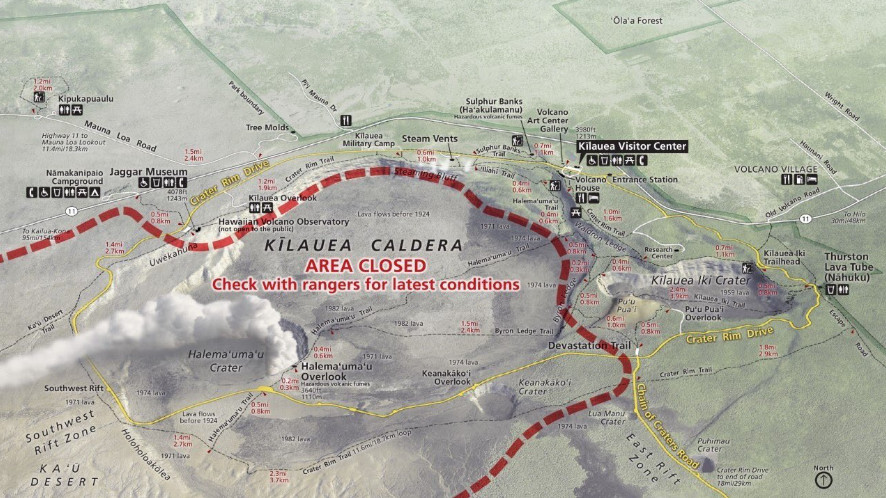