HONOLULU, Hawaiʻi - Hilo's State Senator Kai Kahele was one of 8 votes against the reappointment of Nolan Espinda to lead the Department of Public Safety.

(BIVN) – The Hawaiʻi State Senate recently voted to confirm Nolan Espinda to serve another term as the Hawaiʻi Director of Public Safety, despite a recommendation by the Public Safety, Intergovernmental and Military Affairs Committee against the reappointment.

Espinda has served in the position since 2015, when Hawaiʻi Governor David Ige first appointed him to serve as the head of the troubled department. The governor again nominated Espinda to serve a second term.

Kahele compared Espinda to former Hawaiʻi Emergency Management Agency administrator Vern Miyagi, “a man of tremendous honor”, he said. Kahele told the story of how Miyagi took responsibility for the infamous January 2018 false missile attack message that terrified Hawaiʻi’s populace. “That day, as many remember, when everyone else was making excuses, Vern Miyagi stepped forward in front of all the cameras and said – and I quote – this is on me,” Kahele said.

“Like Vern Miyagi, I believe the nominee – Nolan Espinda – is a man of tremendous honor,” Kahele said. “I think he is a dedicated public servant, a devoted husband, a father, that has been with the Department of Public Safety over 35 years.” 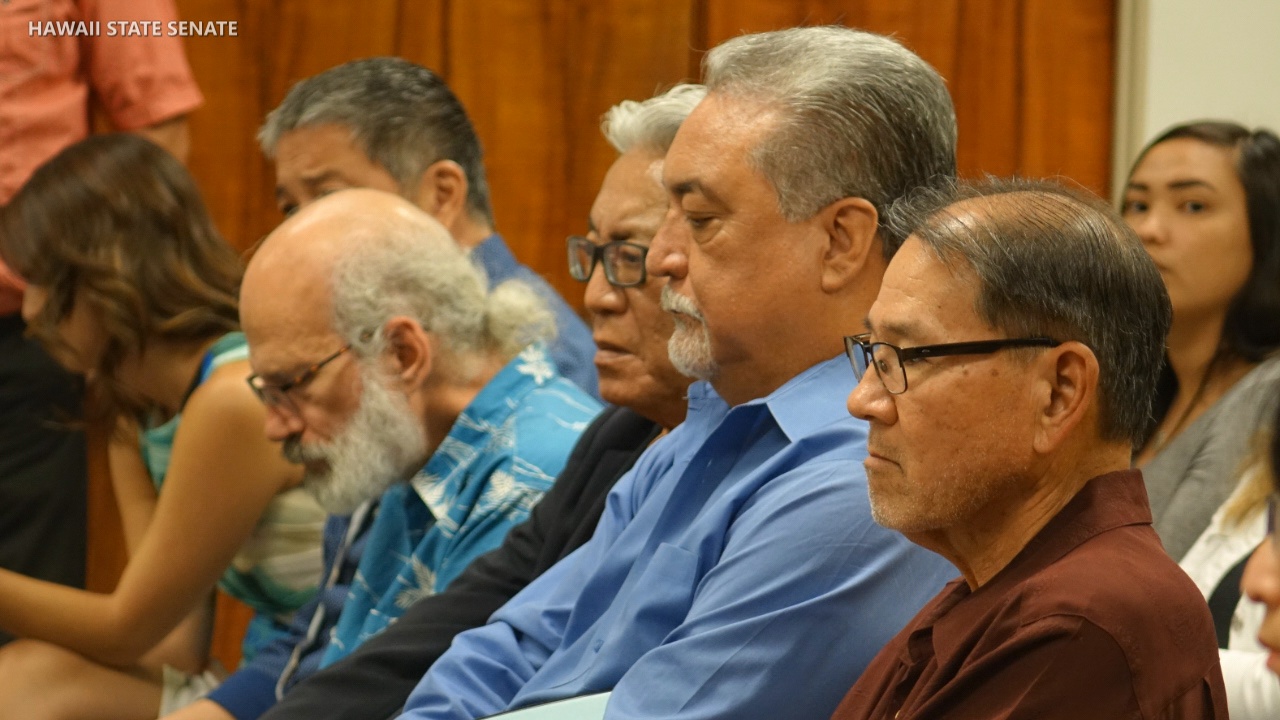 “Nolan Espinda was not at OCCC on March 1st, because of an open door and an open gate, when Maurice Aras Gatto Jr. was shot and killed trying to escape,” Kahele recounted. “Nor was he on Maui on March 11th, when 214 inmates breached their cell doors and started a riot. It included trying to burn officers alive in their control boxes, and when a critical part of the investigation – a SIM card for a camera that could have recorded the event – went mysteriously missing. Nor was he at the Capitol, right here, on the evening of February 18th when his sheriff’s deputy shot and killed a homeless man, Delmar Espejo. He wasn’t on Hawaiʻi Island on September 15, 2015 when William Carroll – who was arrested of theft and criminal property damage – inadvertently released. Since September of 2015, 20 inmates were inadvertently released from the Hawaiʻi Community Correctional Center, since he has been at the helm, creating panic throughout Hawaiʻi Island and resulting in thousands of dollars being expended in manhunts to find these mistakenly released inmates.”

“Director Espinda was not present for any of these events” Kahele said. “He was not a direct cause of a single one of them, but they were nonetheless, as a director of the Department of Public Safety, his responsibilities.”

“There are clearly serious systemic problems with the Department of Public Safety, and there have been for years,” Kahele admitted. “I have no doubt that the director has inherited many of them, and made considerable strides in correcting a number of the department’s problems. And were it not for the very serious breaches that have occurred this year – just last month on the island of Maui, all while the director was seeking reconfirmation – I would be voting for his reconfirmation. But as an elected official, I simply cannot ignore that there have been two fatal shootings, and a prior riot, 20 inadvertent releases since September 2015 on Hawaiʻi Island. There needs to be accountability and that accountability needs to be and start at the top.”

“It’s a special privilege that this body has, to advise and consent to nominations to lead our critically important 18 state departments, and whether or not the nominee is confirmed or not confirmed by this body, it is important,” Kahele said. “I hope that my message sends to any director and any chair and any nominee that we expect no excuses, that we expect you to take responsibility and that accountability starts at the very top.”

“I want to genuinely commend director Espinda for how he has handled himself throughout this nomination, as well as his family,” Kahele concluded. “It has admittedly been challenging and he has been the epitome of professionalism throughout the entire process. But because of that and what I have outlined, and the grave concerns I have, I cannot support the nomination.”