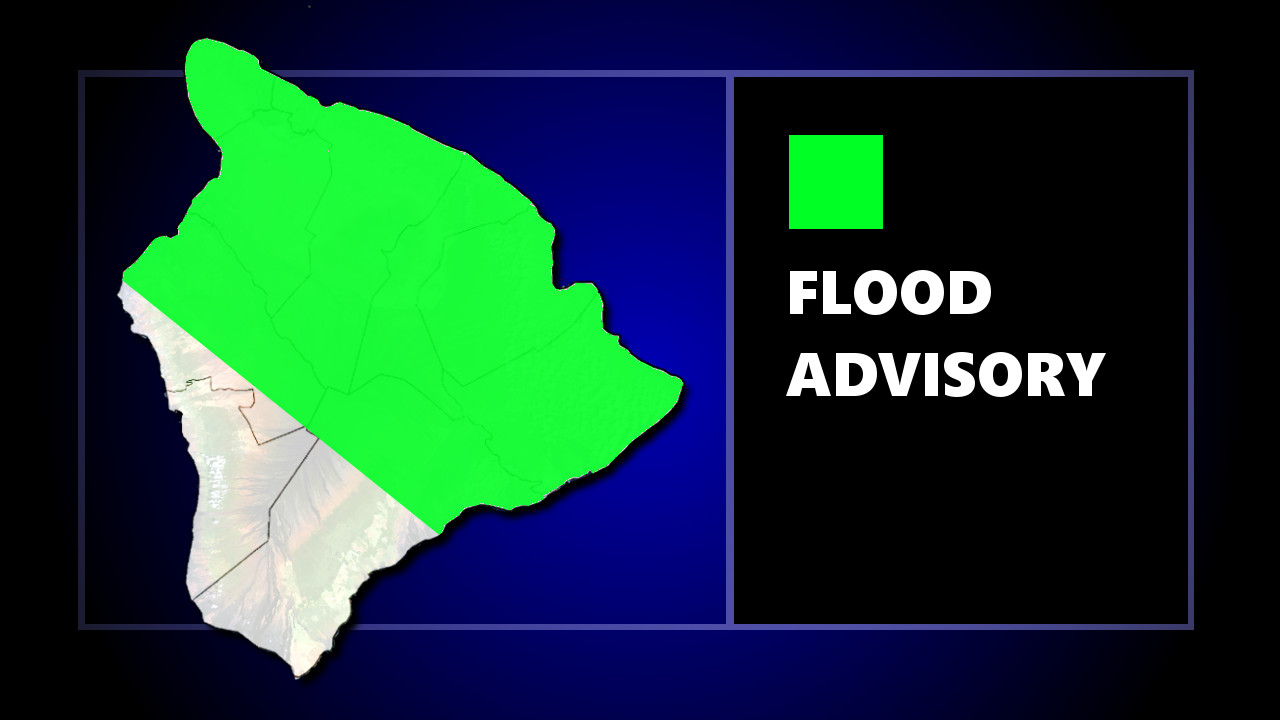 Flood Advisory Issued For North Half Of Hawaii Island

HAWAIʻI ISLAND - Intense rainfall was observed along the leeward Kohala slopes and over the slopes of the South Hilo District, weather forecasters say.

(BIVN) – The National Weather Service in Honolulu has issued a Flood Advisory for the northeast half of Hawaiʻi Island until 6 p.m. HST.

Locations in the advisory include but are not limited to Hilo, Kailua-Kona, Paʻauilo, Waipiʻo Valley, Orchidlands Estates, Hawi, Keaʻau, Waimea, Kawaihae, the Kohala Mountain Road, and the Mamalahoa Highway between Waimea and Kalaoa.

At 3:04 PM HST, radar indicated heavy rain over the northeast half of the Big Island. The most intense rainfall was along the leeward Kohala slopes and over the slopes of the South Hilo District. This rainfall is expected to continue through the afternoon and diminish around sunset.

According to a Hawaiʻi County Civil Defense message, a Flood Advisory is issued “when flooding that is not considered a significant threat to life or property is expected or occurring. Flooding problems, such as flooding in low-lying areas and areas of poor drainage as well as minor flooding of streets and roadways are possible.”

Due to the Flood Advisory, the following are issued: