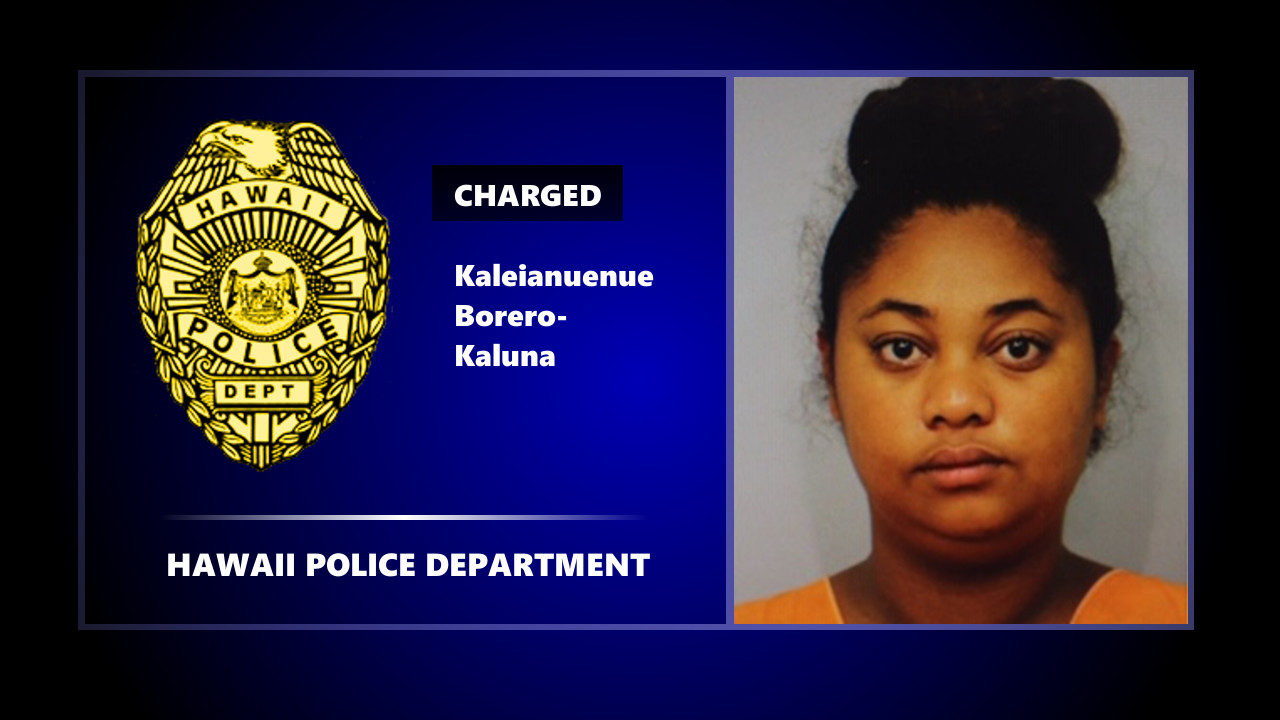 graphic by BIVN, photo of Kaleianuenue Borero-Kaluna by Hawaiʻi Police

NAʻALEHU, Hawaiʻi - Two suspects were arrested on suspicion of attempted First Degree Murder after the death at Whittington Beach Park on Friday, but only one was charged.

69-year-old Robert Hayes was also arrested but he was released pending further investigation.

On Friday, (April 26), at about 3:40 p.m., Kaʻū patrol officers responded to a reported stabbing at Whittington Beach Park in Nāʻālehu. Upon arrival, officers discovered two victims, a 36-year-old male, and 35-year-old female, with multiple stab wounds. The female victim died at the scene and was officially pronounced dead at Hilo Medical Center 11:11 p.m., Friday night. The male victim was transported to Hilo Medical Center in serious condition.

Police report the 36-year-old male victim remains at Hilo Medical Center being treated for his injuries in stable condition.

Police ask that anyone who may have information about this incident is asked to call Detective Dominic Uyetake Jr. at (808) 326-4646 ext. 228 or email dominic.uyetake@hawaiicounty.gov or the Police Department’s non-emergency line at (808) 935-3311.