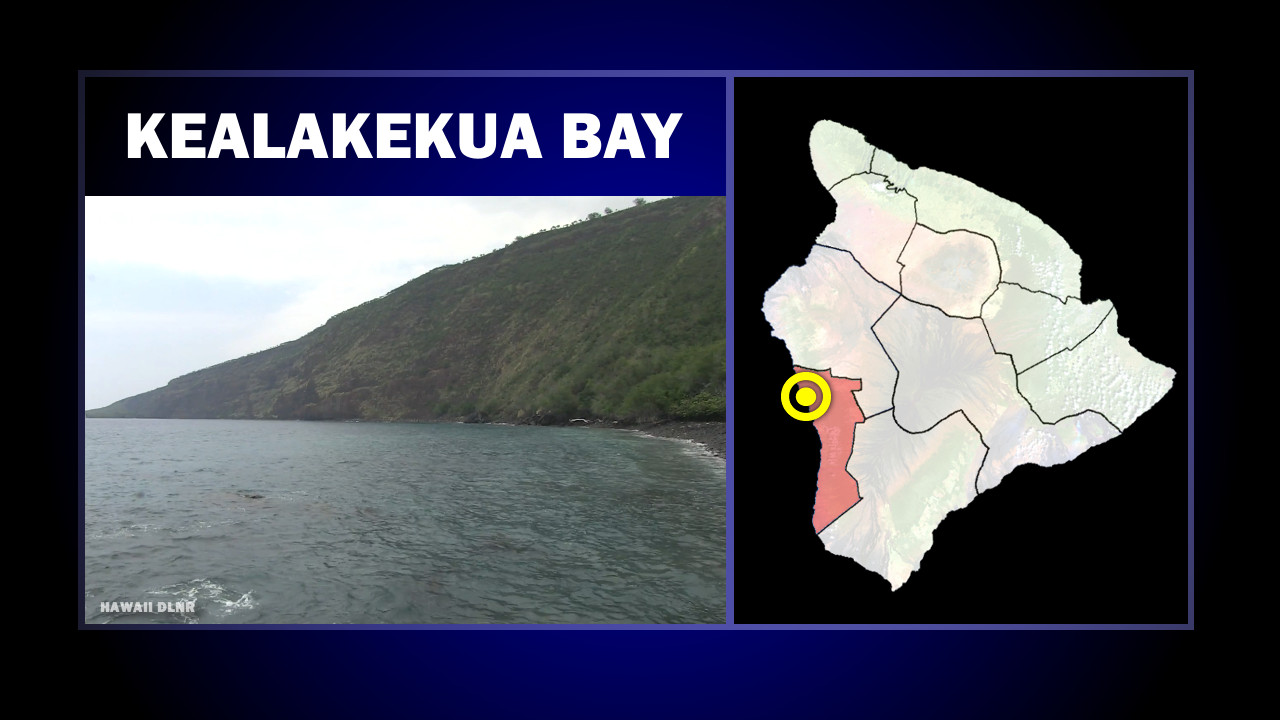 KEALAKEKUA BAY, Hawaiʻi - A woman, said to be a customer on a commercial dive tour, was found in the water, unresponsive, on Friday.

(BIVN) – A 66-year-old female has reportedly drowned Friday, in the waters of Kealakekua Bay in South Kona.

According to a Hawaiʻi County Fire Department release, rescue crews responded to a report of a woman in cardiac arrest just before 10 a.m.

The fire department says the patient was a customer onboard a commercial dive/snorkel vessel. “Per boat employees, the patient was found in the water unresponsive face down.”

The woman was reportedly brought aboard the dive vessel and CPR was initiated by boat employees, the fire department says. The patient was still on board the commercial vessel, approximately 200 ft off shore, when fire crews arrived.

The woman was off-loaded onto paddle board by vessel crew members, fire officials say, and brought to shore with fire department personnel assistance. The woman was then transported to Kona Community Hospital.