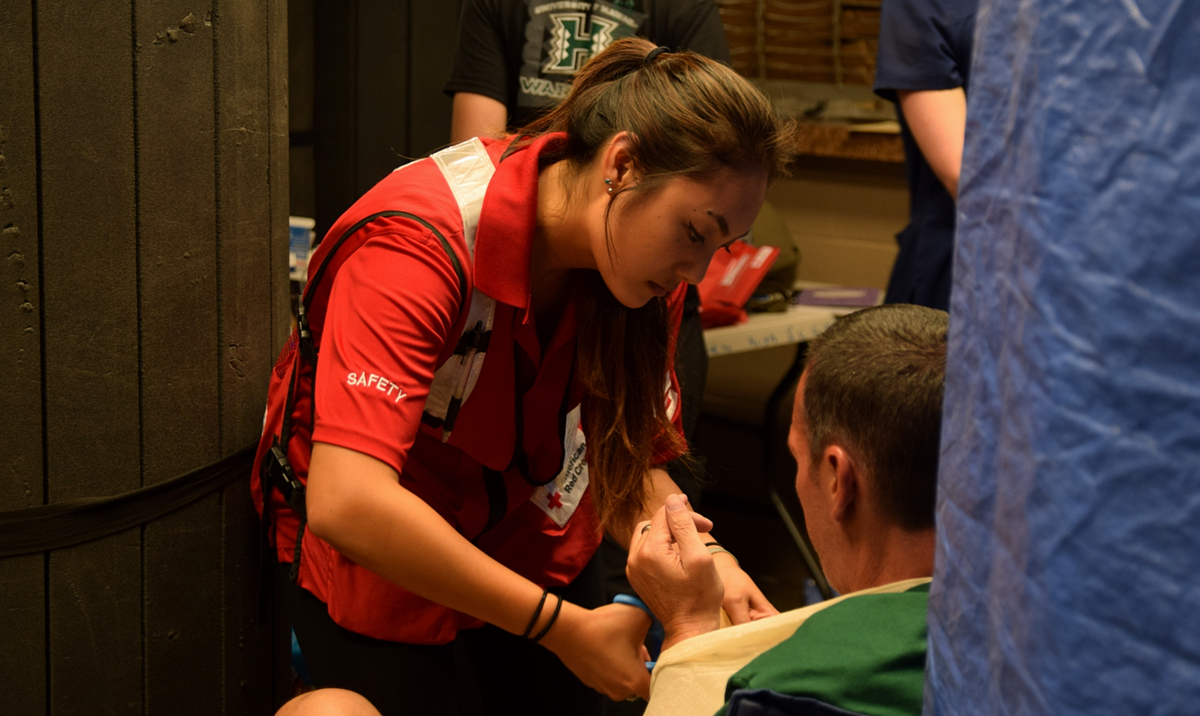 Red Cross Reflects On Helping Lava Evacuees Over The Decades

HAWAIʻI ISLAND - The non-profit humanitarian organization reflects on the one-year anniversary of the Kīlauea Volcano eruption, and how it helped meet the immediate emergency needs of those affected by the disaster. 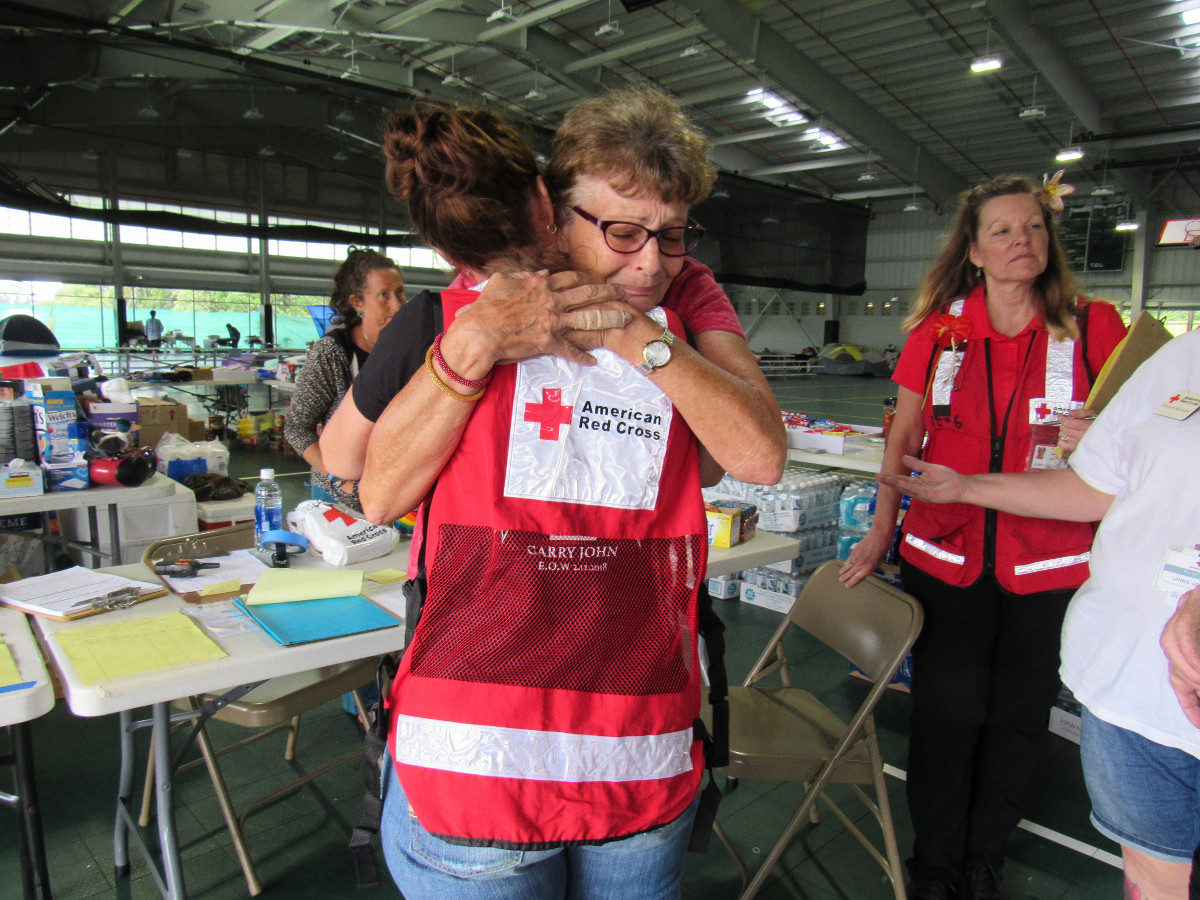 (BIVN) – The American Red Cross of Hawaiʻi took a moment recently to mark the one year anniversary of the eruption of Kīlauea Volcano, by looking back on its response to the disaster as well as other past volcanic eruptions on Hawaiʻi Island.

The non-profit humanitarian organization shared this media release on Thursday:

As the one-year anniversary of last year’s historic Kilauea eruption approaches, Red Cross officials pause to reflect on its decades long history of helping lava evacuees. “We’ve had quite a history of responding to volcanic disasters during our 100 years of service to the people of Hawaii,” said Coralie Chun Matayoshi, CEO of the American Red Cross Pacific Islands Region.

In 1926, over 90 year ago, when Mauna Loa erupted and lava began flowing toward a small Hawaiian fishing village on the South Kona Coast, Red Cross volunteers used canoes to evacuate residents. When the village was destroyed, Red Cross provided the villagers with food and water, and found them temporary shelter with family and friends.

In 1950, Mauna Loa erupted again after a 6.4 magnitude earthquake. Fast moving lava destroyed property and cut off the main highway. Red Cross quickly set up shelters and provided food and clothing to evacuees.

In 1955, Kilauea erupted after a month long period of 200 small earthquakes a day. The Red Cross helped evacuate and shelter 350 residents for 69 days, serving 33,000 meals to disaster victims, volunteers, and emergency workers.

More recently, a Kilauea lava flow threatened the Puna area in 2014. The slow moving lava flow lasted 5 month, destroying a Buddhist cemetery, one home, and displaced about 1,700 students from schools potentially in its path. During the lull, Red Cross volunteers went door to door to about 100 homes in Pahoa to make sure people were ready to evacuate. Volunteers also provided mental health counseling to anyone having difficulty dealing with the uncertainty. Because of smoke and sulfur dioxide emissions, Red Cross opened a shelter for residents leaving their homes due to air quality issues.

“Last year’s eruption was scarier because lava was moving underground, there were lots of small earthquakes, and fissures were opening up in the middle of populated subdivisions,” said Matayoshi. “People had to evacuate in a hurry not just from the lava flow, but to escape from sulfur dioxide, laze (hydrochloric acid mist formed by lava interacting with seawater) Pele’s Hair, and lava bombs. There was a lot of tension and uncertainty as to when the lava would eventually stop.”

In partnership with Hawaii County, the Red Cross immediately opened 2 shelters housing between 200 to 500 people, and 100 animals, including a pig. Shelters were open 24/7 for 138 days (4-1/2 months), the longest running in Hawaii’s history.

“There was so much uncertainty and with Mother’s Day coming up in less than 2 weeks (May 13). We wanted to make sure that mothers felt loved and appreciated, and try to bring some normalcy to the situation,” said Matayoshi, “so we teamed up with community partners to provide lunch, desserts, entertainment, massage, leis, and gift bags for the shelter residents. We also celebrated Father’s Day and 4th of July at the shelters. 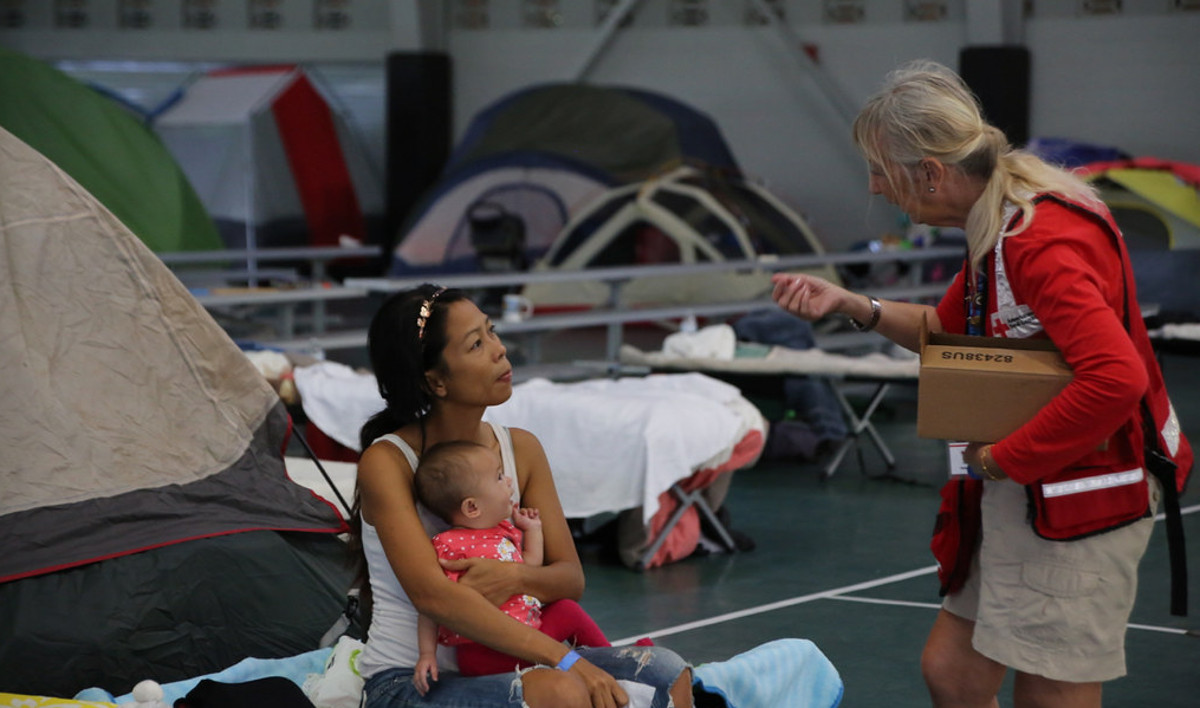 All Red Cross assistance to disaster victims is free, the non-profit says. The Red Cross is not a government agency, and it depends on public contributions to help others. Visit redcross.org/hawaii or call (808) 739-8109 to donate.