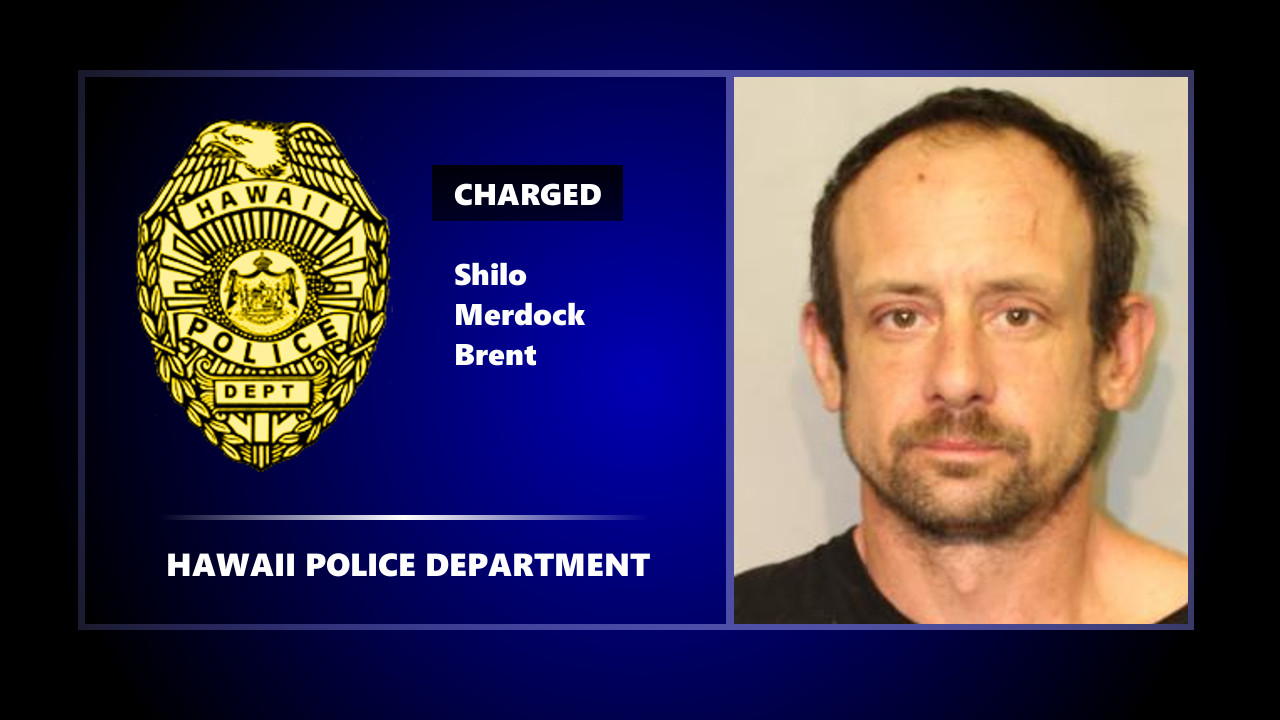 (BIVN) – A suspect who had been considered “armed and dangerous” by police has been arrested and charged with numerous alleged offenses.

Brent is being held in lieu of $187,000 bail pending his initial court appearance in South Hilo District Court scheduled for this afternoon, (May 6).

Brent who had been considered “armed and dangerous,” featured in earlier media releases seeking information on his whereabouts. Hawaiʻi Police Special Response Team previously assisted detectives in serving two search warrants at his Fern Forest residence on, (April 16), and, (April 26), arresting three other suspects located on the property at the time, and recovering stolen vehicles and a sawed-off shotgun.

Acting on information identifying a vehicle that the suspect was known to operate and the location of an associate, patrol officers converged on the area of an elderly housing facility on Kawailani Street at approximately 10:30 p.m. Friday when the suspect’s black SUV was observed to have pulled into the parking lot.

Upon police attempting a traffic stop on the SUV within the parking lot, Brent allegedly sped away, pulling onto Kawailani Street heading eastbound with police vehicles behind. During the ensuing pursuit that extended to Makalika Street, two officers vehicles were damaged, the pursuit ended when the Brent abandoned his vehicle before running into the brush. Police immediately established a perimeter cutting off any escape route, then tracked, intercepted, and took Brent into custody.

Police ask anyone with any information about this incident to call the Police Departments non-emergency line at (808) 935-3311 or contact Detective Kelly Moniz at (808) 961-2385 or via email at kelly.moniz@hawaiicounty.gov.