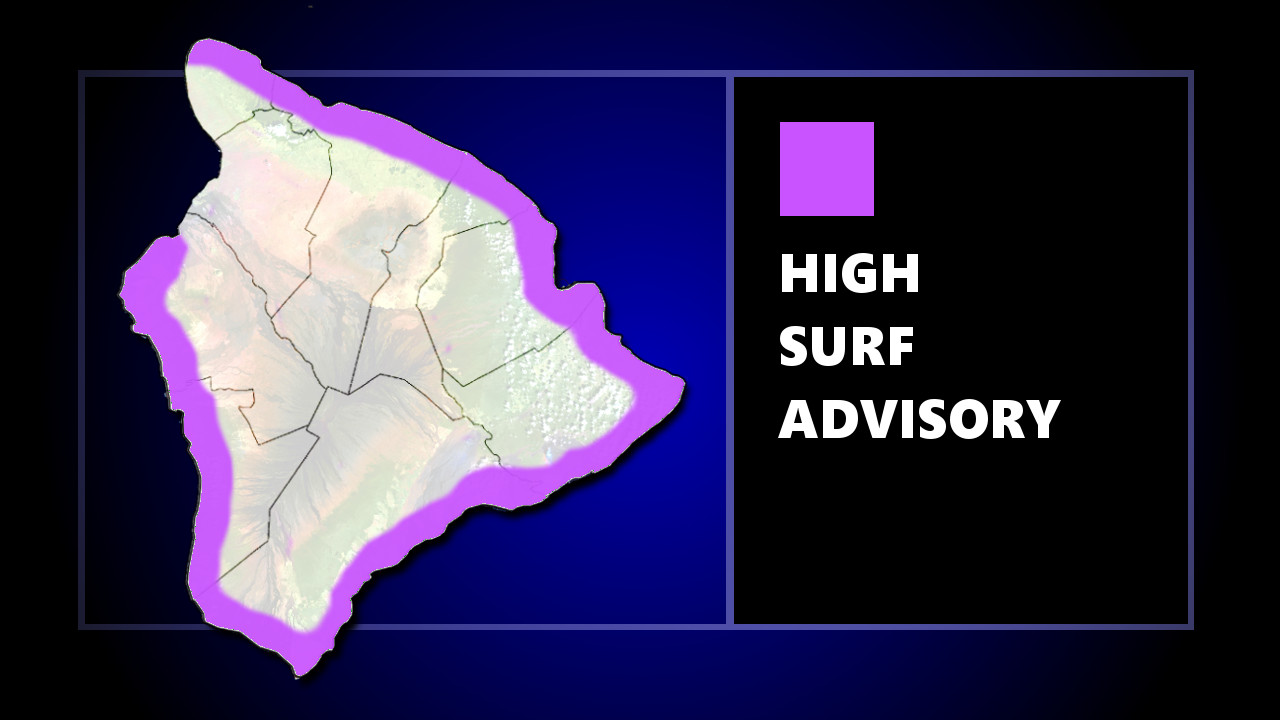 HAWAIʻI ISLAND - Surf will build tonight along south facing shores of all islands and is forecast to rise to 6 to 9 feet on Sunday.

(BIVN) – A Mother’s Day swell is on its way to the south-facing shores of Hawaiʻi.

The National Weather Service in Honolulu has issued a High Surf Advisory, which is in effect from 6 a.m. HST Sunday to 6 a.m. HST Monday.”

A long period south-southwest swell will slowly fill in overnight and produce advisory level surf along south facing shores of all islands on Sunday and Sunday night,” forecasters wrote. “The swell will begin to decline on Monday, though the advisory may need to be extended.”