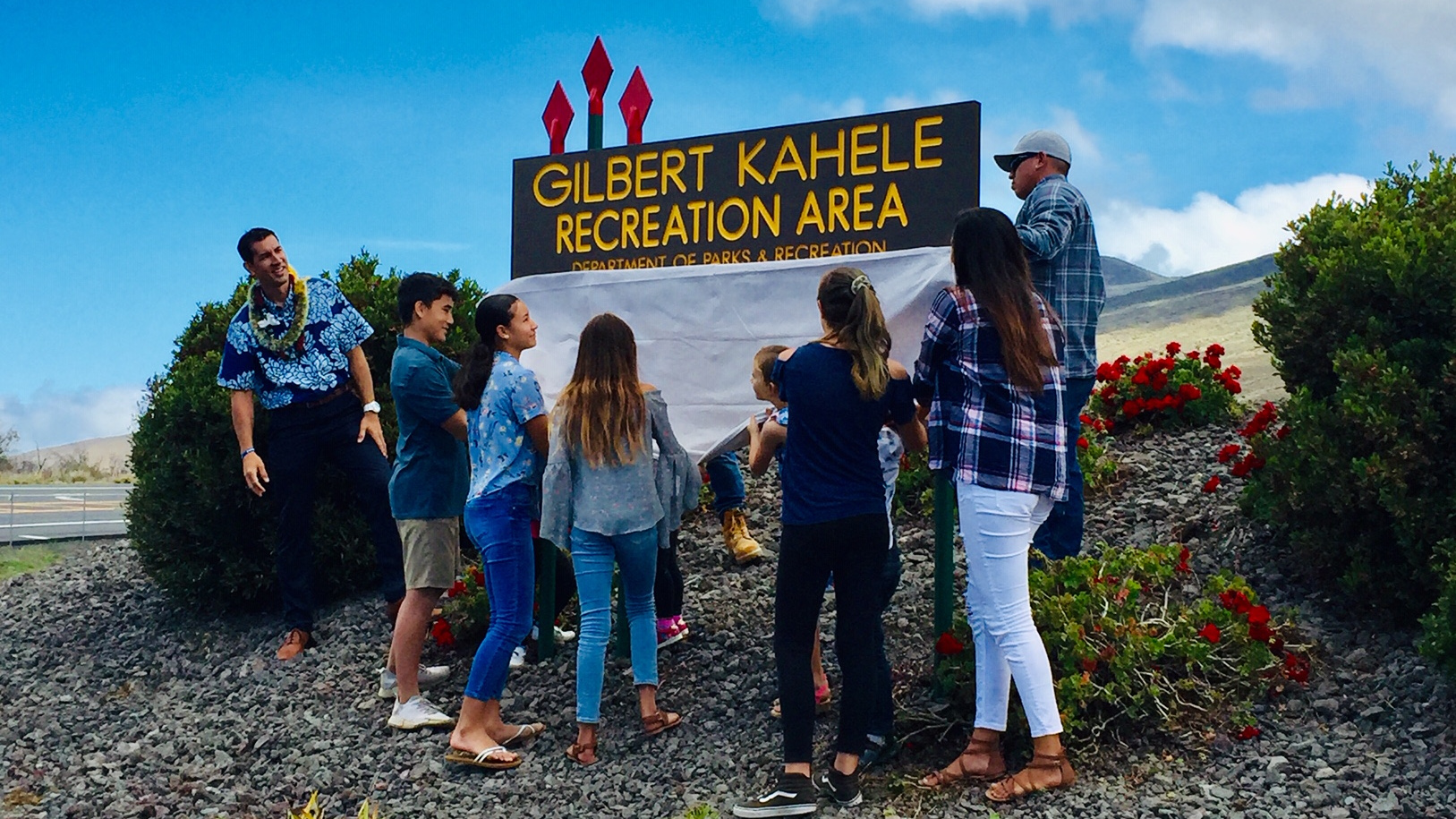 MAUNAKEA, Hawaiʻi - A new sign was unveiled today during a private ceremony with the late Senator’s family, friends and public officials, on the anniversary of his birthday.

A private ceremony was held today at the County-managed park located along the Saddle Road, and the new sign at the entrance was unveiled.

Today, during a private ceremony with the late Senator’s family and friends and public officials, on the anniversary of his birthday, a new entrance sign was unveiled changing the name of the popular Saddle Road park to the Gilbert Kahele Recreation Area. The change was initiated by a Senate Resolution and approved by the Board of Land and Natural Resources on April 12, 2019.

The late senator’s son, State Senator Kai Kahele, noted, “My father worked just down the road from the recreation area for 34 years as Director of the Public Works Division at the Pohakuloa Training Area. When he served in the state legislature he was instrumental in achieving park improvements by way of the transfer of the management to Hawai‘i County. He would be deeply honored that a place he dearly loved now bears his name.”

Chair Case said, “As someone who grew up on Hawai‘i Island, I’ve long been aware of Senator Gil Kahele’s professional and personal commitment to the people here. It is so nice to see his contributions memorialized in the renaming of the park. It is something the DLNR Division of State Parks and the Land Board supported completely.”

An official blessing will follow at a later date when memorabilia from the late Senator’s life will be added to the multi-purpose center at the Gilbert Kahele Recreation Area. 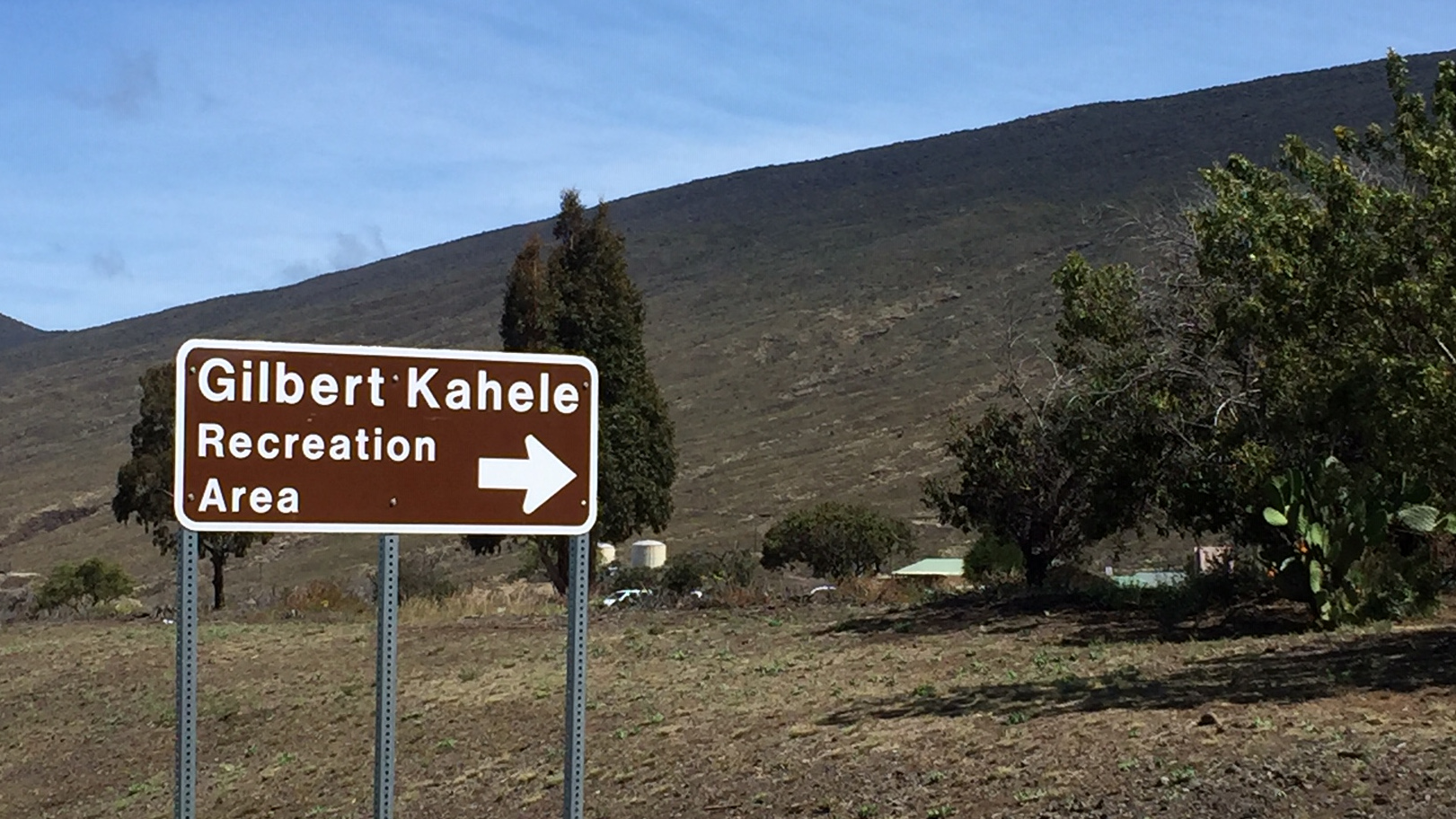