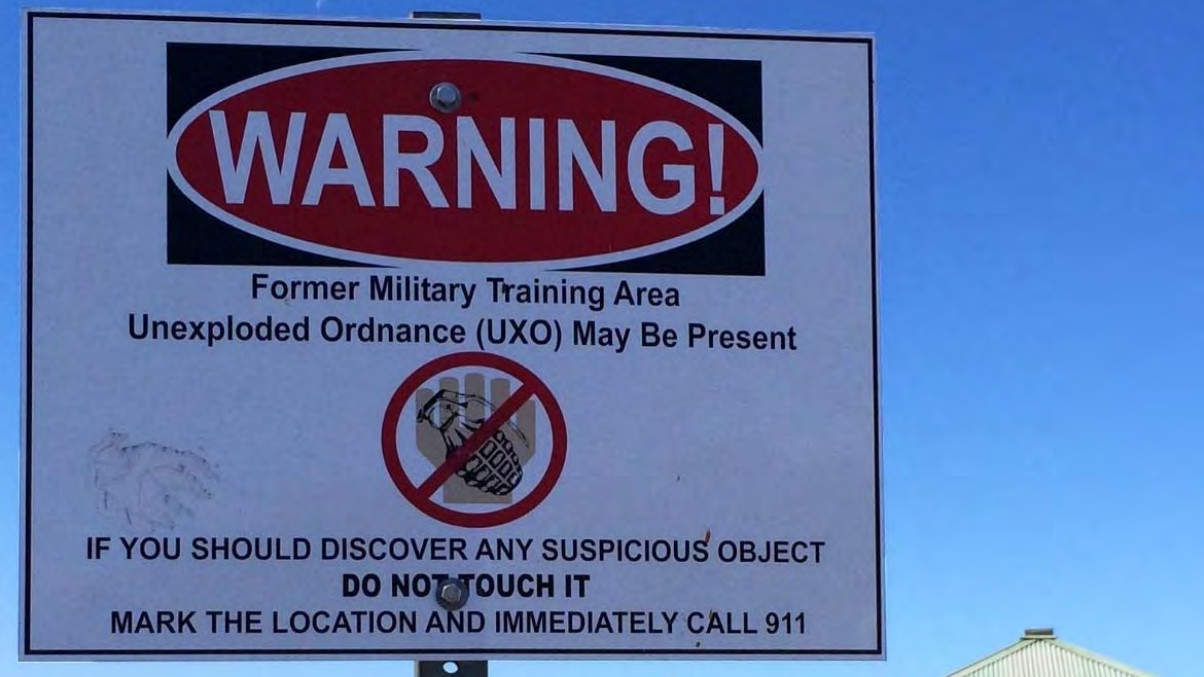 from the AEHMP, UXO Warning Sign at Hapuna Beach

WAIMEA, Hawaiʻi - The Hawaiian Homes Commission will be getting an update on the Waikoloa Maneuver Area UXO situation this week when it meets in Waimea. 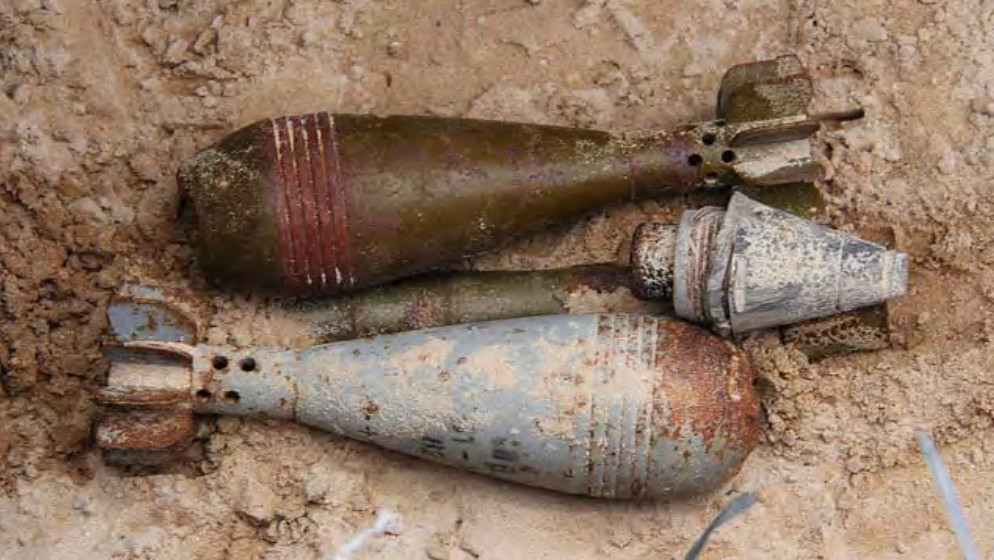 From the AEHMP: 60mm Mortars and Mortar Fuze

(BIVN) – A new plan that will be shown this week to Hawaiian Homes Commissioners proposes to address the residual risks of unexploded ordnance within the Waikoloa Maneuver Area and boost the Department of Hawaiian Home Lands’ ability to develop affordable housing.

From 1943 to 1946, the United States Marines used the Waikoloa Maneuver Area for “live fire” training. It is estimated that approximately 10% of the explosive ordnance failed to detonate, which means there is a potential explosive hazard across at least 120,000 acres of land.

Today, the United States Army Corp of Engineers continues to investigate and remove the unexploded ordnance, or UXO, from the Waikoloa Maneuver Area, or WMA. Cleanup of the entire WMA will cost approximately $720 million, but with a current annual budget of $10 million it will take another seven decades to complete the work.

Even after cleanup, the job is not entirely done. The Hawaiʻi Department of Health writes:

… there are technological limitations in the detection and removal of UXO. Even after a cleanup is completed, today’s investigation and cleanup process cannot guarantee that UXO are no longer present. Consequently, despite the government’s best efforts to remove all the UXO, a continuing level of ‘residual risk’ related to UXO will remain in the WMA. 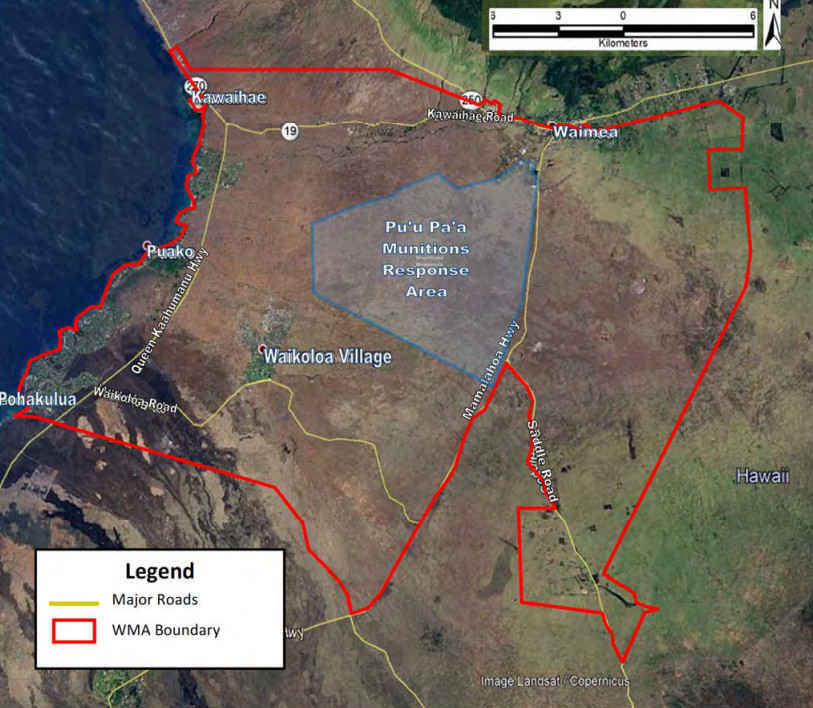 The residual risk that remains has given some lenders pause, which has impacted DHHL’s ability to develop affordable housing in the area. The department has not been able to utilize federal funds from Title VIII of the Native American Housing Assistance and Self Determination Act (NAHASDA) and 184-A homeowner financing.

Cue the health department’s Areawide Environmental Hazard Management Plan, or AEHMP, which will debut this week during the Hawaiian Homes Commission meeting in Waimea.

The AEHMP offers guidance on how to reduce the residual risk of UXO by “raising awareness, educating the public, and explaining how best to go about developing land in the WMA.”

DHHL says “compliance with the AEHMP will satisfy US Department of Housing and Urban Development (HUD) requirements for a DOH-issued Conditional No Further Action (CNFA)letter and once again allow the use of NAHASDA and 184-A in Puukapu and Kuhio Village.”

According to the Department of Hawaiian Home Lands:

At present, Lalamilo Phase II is the furthest along in the USACE cleanup process with a Decision Document issued in 2016 and Remedial Action currently underway. Lalamilo Phase I; identified lots in Kawaihae; Puukapu; and Kuhio Village are in active Remedial Investigations with the USACE responding to DOH comments on draft reports.

The health department AEHMP says it is commonly accepted that UXO present in the WMA are not likely to explode if left undisturbed.