KAILUA-KONA, Hawaiʻi - A blessing ceremony was held Thursday to celebrate the launch of Mokuaikaua Church's Phase One Preservation Effort. 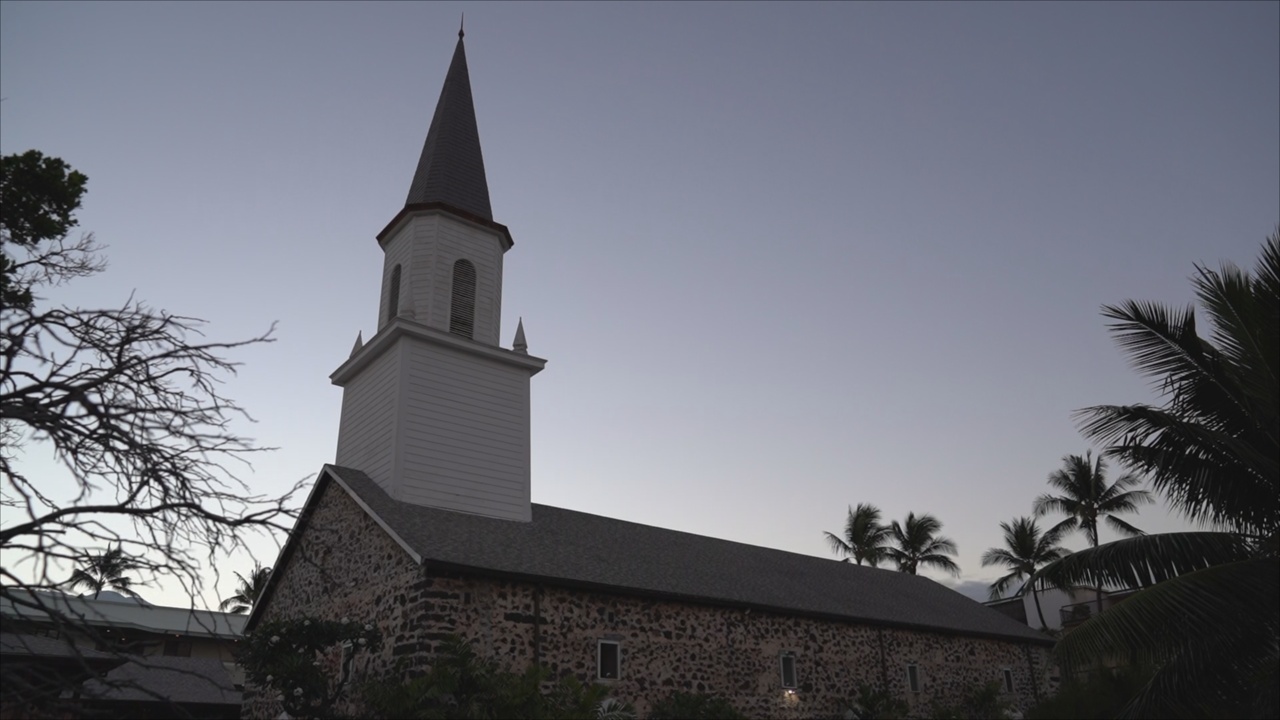 (BIVN) – A historic church in the heart of Kailua Village is about to undergo the first phase of preservation work.

A blessing ceremony and celebration was held Thursday at Mokuaikaua Church. Representatives provided video of the event and shared this media release:

Hawaii’s first Christian church will celebrate the launch of phase one preservation work that will address the safety and structural stability of the sanctuary while maintaining the Church’s historic construction character. The phase one preservation work will strengthen the entire structural system to reduce stresses in the original stone masonry walls; install large steel beams for stability; and replace ohia posts and beams damaged by rot or termites.

Founded in 1820 by the Reverend Asa Thurston with the support of Royal Governor Kuakini, Mokauikaua Church represents the cultural heritage of the Hawaiian people and the birthplace of Christianity in Hawai‘i. Built in 1837, Mokauikaua Church’s stone structure is anchored with massive cornerstones repurposed from ancient heiau on land provided by Kamehameha II. The oldest post-contact building on Hawaii Island also features lime and coral mortared walls and magnificent ohia post and beams. Earlier this year, the Church launched a capital campaign, “Campaign of Spiritual Renewal,” to raise funds to protect the state- and nationally-recognized historic treasure.

Mokuaikaua Church stands unique among historic landmarks in the Islands, as the first founded church in the Kingdom of Hawai‘i. It is important historically, as all of the state’s congregational churches are sister and daughter churches of Mokuaikaua. The iconic church has also been named one of America’s 11th Most Endangered Historic Sites by the National Trust for Historic Preservation.
Phase One work was made possible through gifts from the congregation and friends of Mokuaikaua, and these major donors: National Fund for Sacred Places, Kennedy Wilson and Alan Quesnel.