VIDEO: Wayne Yoshioka On The 1942 Sinking Of US Transport Frank

HILO, Hawaiʻi - Wayne Yoshioka honored those who were lost aboard the Royal T. Frank, sunk by a Japanese torpedo off the coast of Maui in 1942. His uncle was one of the survivors.

(BIVN) – The story of the Royal T. Frank, the U.S. Army Transport Ship that was attacked by a Japanese submarine and sank off the coast of Maui in 1942, was told by the nephew of one of the survivors during a Memorial Day ceremony in Hilo.

Wayne Yoshioka, a retired Lieutenant Colonel, served as the keynote speaker at the the East Hawaiʻi Veterans Cemetery event on Monday. This year’s ceremony was hosted by VFW Post 3830 and Auxiliary.

According to Yoshioka, his uncle Susumu was born in 1918, the oldest of six sons born to Bunichi and Chiyono Yoshioka of Papaʻikou, Hawaii. He told those gathered for the Memorial Day event:

YOSHIOKA: My uncle Susumu, like many oldest sons in sugar plantation families, was taken out of school at a very young age to work in the fields as a laborer. Susumu would leave home before dawn carrying a bento tin and a wire-handled tin can punched with nail holes and a lit candle inside, to light his way in the darkness. He would return home in the evening after a full day in the cane fields, and lift weights to strengthen his 5’3″ frame. His nickname in the sugar cane plantation was “machine.”

Susumu enlisted in the Army on November 12, 1941, less than a month before the Japanese attack on Pearl Harbor. On January 27, 1942, following completion of completion of basic training at Schofield Barracks, Susumu and 25 of his fellow Hawaiʻi Island soldiers boarded the U.S. Army transport ship the Royal T. Frank in Honolulu. The 200 ton ship was towing an ammunition barge and was part of a convoy with a Navy destroyer.

According to a 1986 Hawaii Herald news article by Karleen Chinen, the Royal T. Frank was off the coast of Maui on January 28th and someone on board saw what appeared to be a torpedo wizz by in the water. The torpedo was fired from a Japanese submarine. Less than a minute later, a second torpedo was sighted and it scraped the side of the transport. Shigeru Ushijima, a 23 year old soldier on board, said in the news article that they all heard a thud as the torpedo grazed the ship’s hull. A third torpedo was fired by the Japanese submarine. It was a direct hit on the stern of the Royal Frank; the rear section. According to official accounts, the ship sank in one minute. The soldiers and crew below deck in the hold of the ship never got out. The captain of the ship was killed and the soldiers on the deck were thrown overboard or jumped off. The survivors, including 26 crew members, held on to floating debris and waterproofed mail bags for two to three hours before they were fished out by members of the ammo barge.

Of the 26 Hawaiʻi Island soldiers, Yoshioka said only 9 survived the Japanese submarine attack. That day they came to be known as the “Torpedo Gang”, he said.

A memorial in honor of those lost aboard the Royal T. Frank is now located next to the East Hawaiʻi cemetery flagpole. 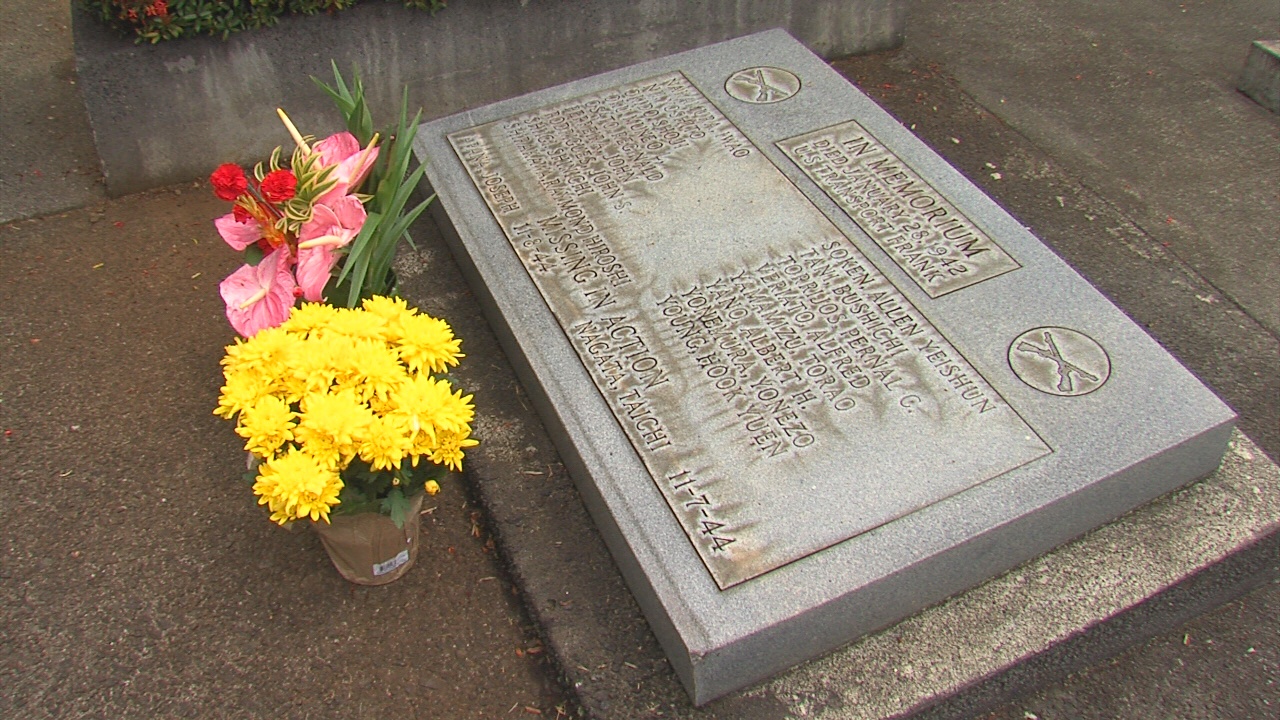 YOSHIOKA: The 9 surviving soldiers and ship’s crew were taken to the gymnasium in Hana Maui, which had been converted into a first-aid station. The sunken transport ship and the remains of those killed were never recovered, and the survivors were ordered by military leaders to not discuss the incident with anyone. Family members of those who were killed were never told about the attack, and the story of the Royal T. Frank was – and is still today – unknown to many. But we have Karleen Chinin and the Hawaii Herald, as well as many others, to thank for documenting and preserving the story of what happened that day in January 1942.

Yoshioka’s uncle Susumu hurt his back the day the Royal T. Frank sank, but still went on to serve with the 100th Infantry Battalion, the unit that was comprised of mostly 2nd generation or Nisei Americans of Japanese ancestry. It would become the most decorated unit of its size in World War II. Susumu died of congestive heart failure in February 2008.

The organizers of Monday’s ceremony say “Wayne Yoshioka grew up in Papa’ikou on the Hamakua Coast. He graduated from Hilo High School and UH Manoa where he earned a master’s degree in communication. He worked as a television reporter for KITV-4 News after college and then served 24 years as a public affairs officer with the Hawai’i National Guard and then-State Civil Defense. For the last 12 years (until March 2019), he was the political reporter for Hawai’i Public Radio. He’s currently a member of the Veterans of Foreign Wars Post 8616 headquartered in Waikiki.”