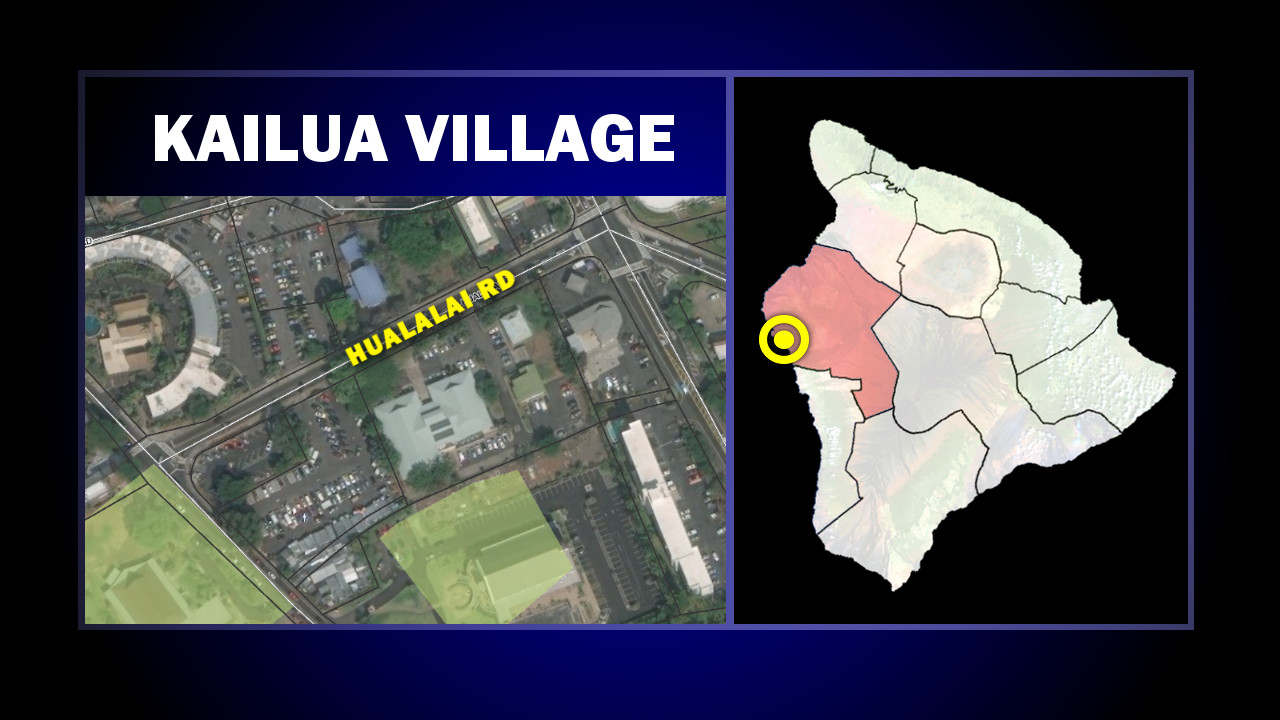 KAILUA VILLAGE, Hawaiʻi - An unidentified man died after a single vehicle hit and run collision on Thursday, May 30, on Hualalai Road fronting the Kailua-Kona Public Library.

(BIVN) – Police are investigating the death of an unidentified Kailua-Kona man following a single vehicle hit and run collision on Thursday in Kailua Village.

The Hawaiʻi County Police Department issued this media release on May 30:

Responding to a 12:51 a.m. call, police determined that an unknown vehicle heading east (Mauka) on Hualalai Road had struck the pedestrian in the right lane. Through the preliminary investigation, it appears that the pedestrian was lying on the roadway when he was run over by the unknown vehicle. The unidentified male was transported to the Kona Community Hospital where he was later pronounced dead at 4:07 a.m.

The victim is described as a dark complexion Polynesian male in his 30’s, possibly Marshallese or Micronesian, 5-feet-4-inches to 5-feet-6-inches and between 140-160 pounds. Police are asking for the public’s assistance in identifying the male party.

The suspect vehicle is possibly a truck or sport utility vehicle due to the injuries sustained by the victim.

The Area II Traffic Enforcement Unit has initiated a Negligent Homicide investigation and is asking for anyone who may have witnessed the accident to contact Officer Jason Foxworthy at (808) 326-4646 ext. 229.

This is the 10th traffic fatality this year compared to 11 at this time last year, police say.