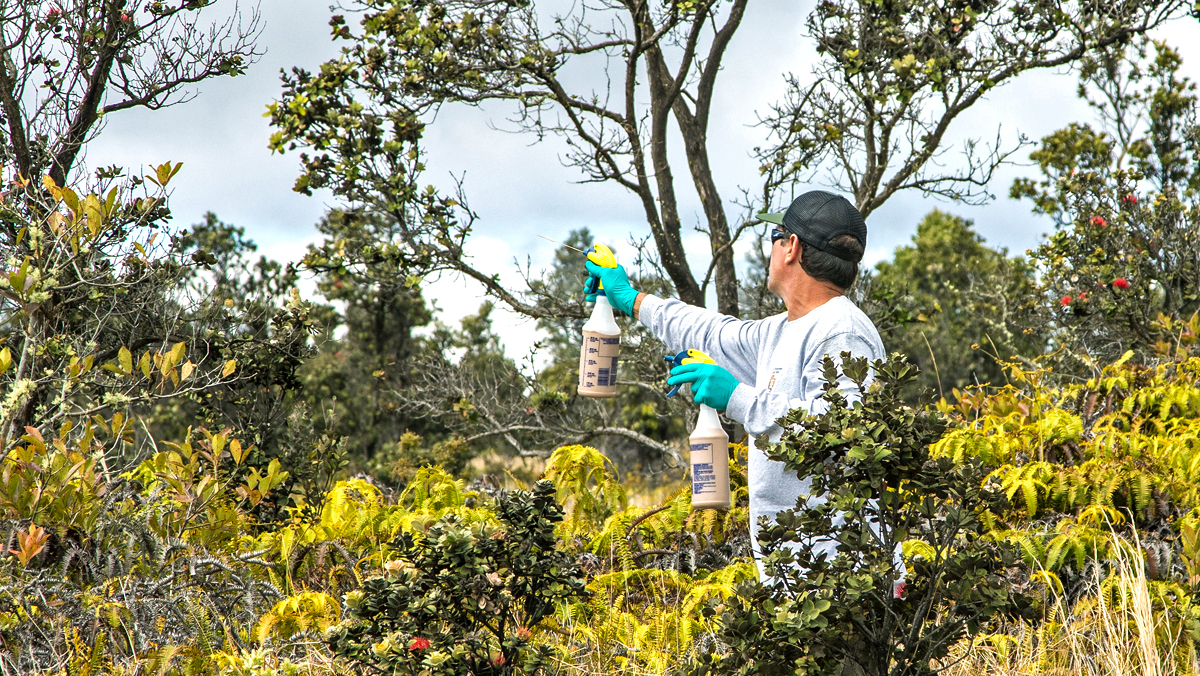 HAWAIʻI VOLCANOES NATIONAL PARK - Another temporary closure of the Steam Vents parking lot is set for June 10, 2019, for another round of little fire ant treatment. 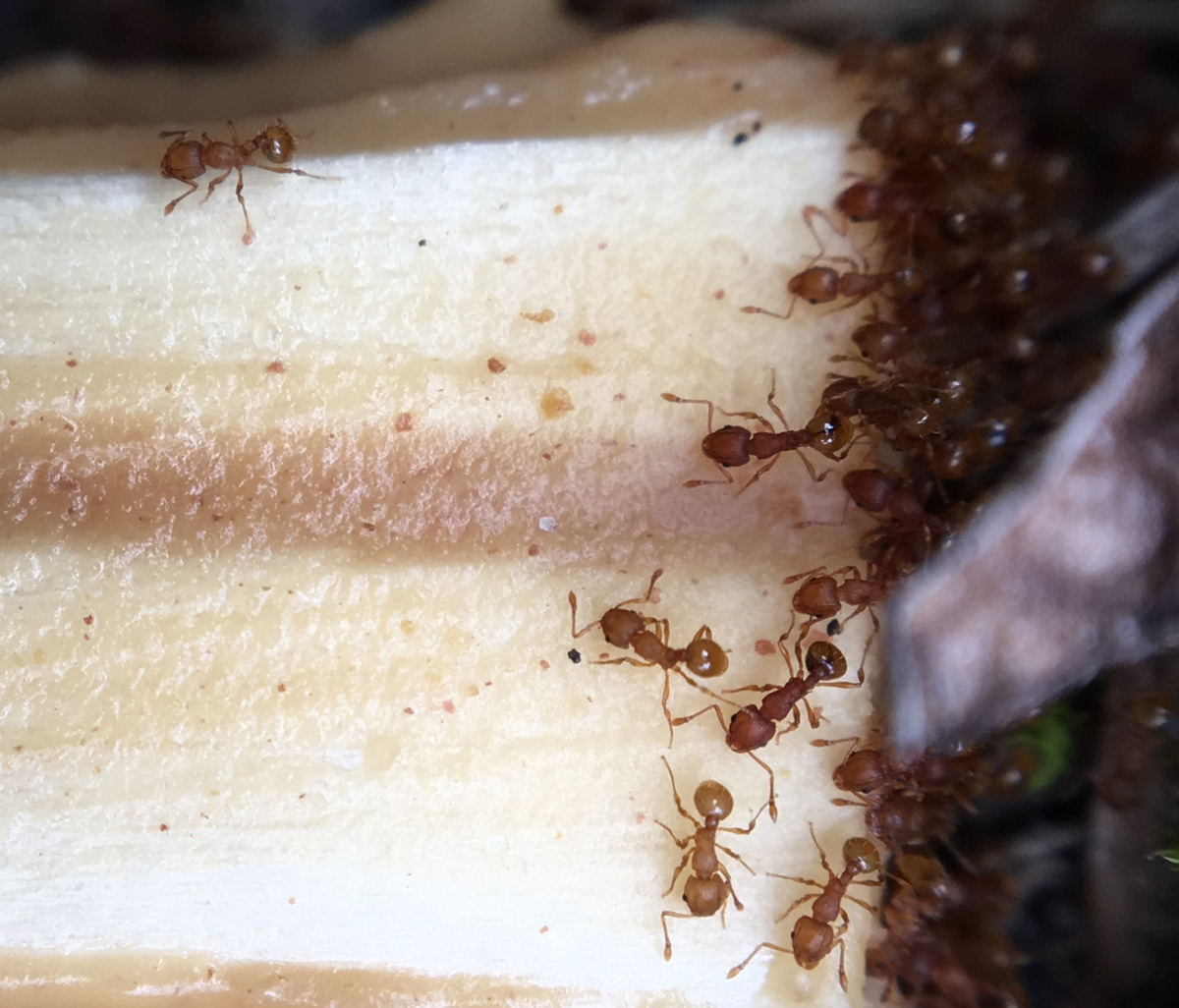 (BIVN) – The Steam Vents parking lot in Hawai‘i Volcanoes National Park will close early next week, as the fight against the invasive little fire ant, or LFA, continues.

The popular location will be closed Monday, June 10 from 8 a.m. to noon as park staff continue efforts to eradicate LFA from the area.

According to the National Park Service, only the Steam Vents parking lot and the trail from the parking lot to Wahinekapu (Steaming Bluff) will be closed. Wahinekapu and Crater Rim Trail will remain open.

Park pest control workers will treat Steam Vents every four to six weeks and will announce closures in news releases, the park website, and via social media, officials say. The goal is to completely exterminate the ants from the area.

In November 2018, the park announced it had discovered the stinging pest at the Steam Vents area and Mauna Ulu parking lot. They were the first known populations of LFA have been discovered in the park after a long effort to keep them out. 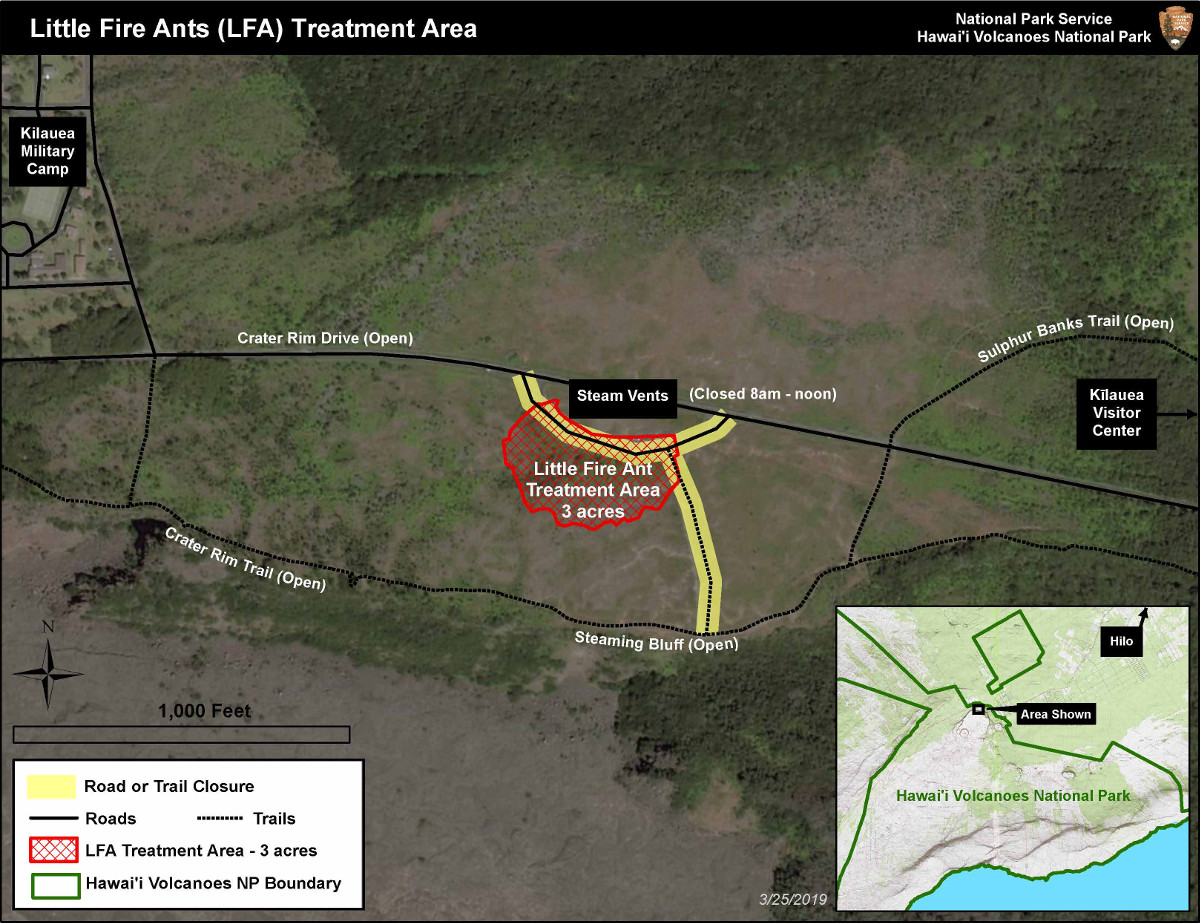