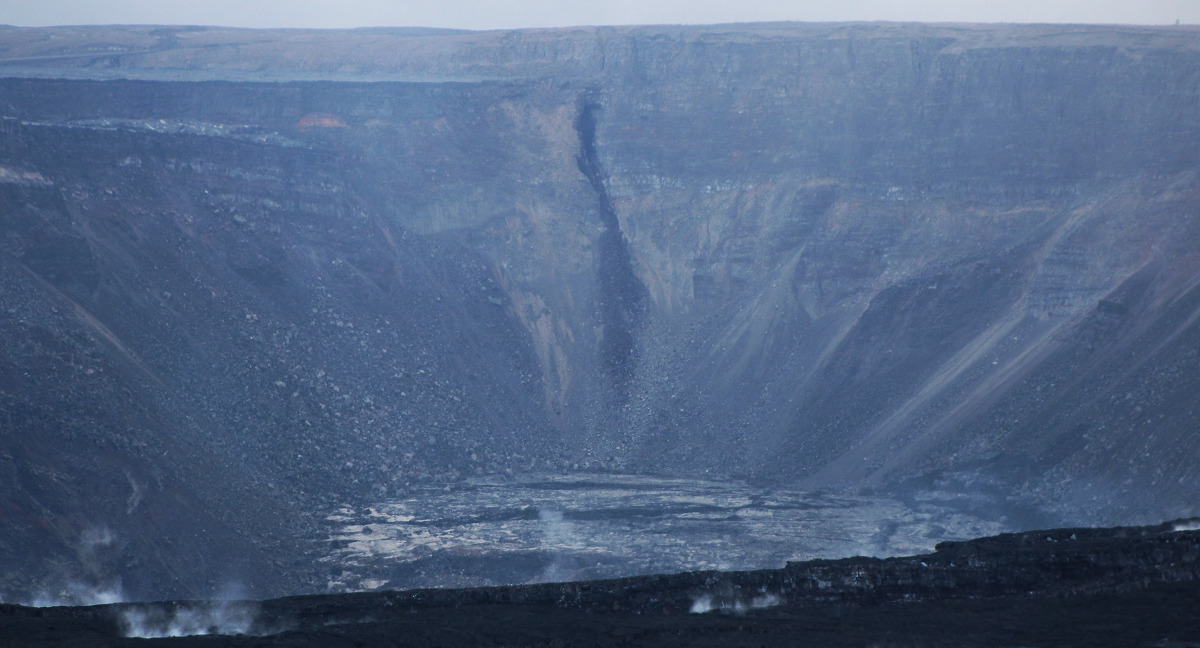 HAWAIʻI VOLCANOES NATIONAL PARK - The National Park Service, in a Facebook post that garnered a lot of interest on Friday, has an explanation for what is going on at the volcano summit. 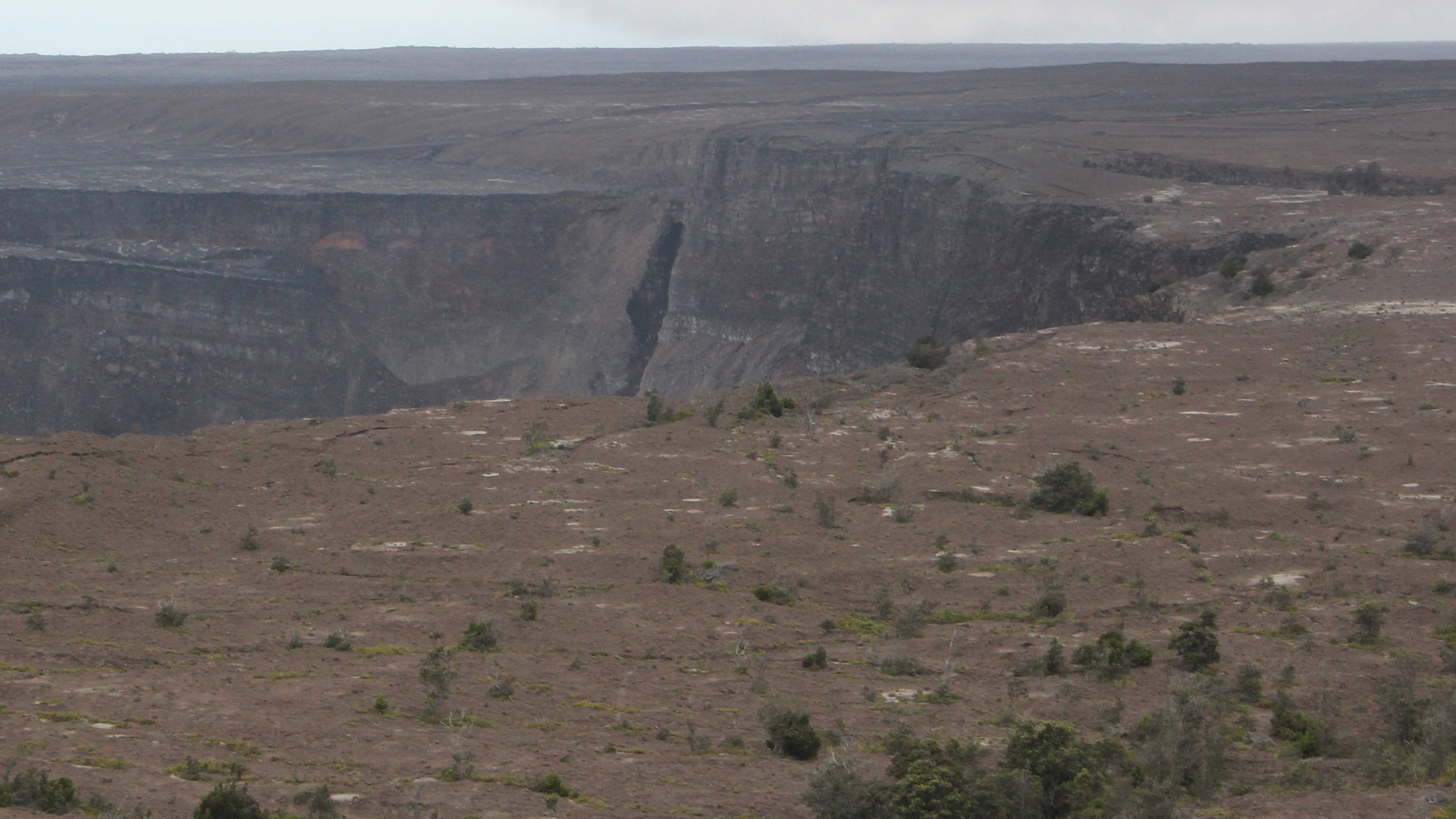 (BIVN) – A black streak that suddenly appeared on the wall of Kīlauea caldera in Hawaiʻi Volcanoes National Park was shared on soical media is getting lots of attention.

“Something new has appeared on the southwest side of Kīlauea caldera resembling a large crack,” wrote the National Park Service in a Facebook post. “What is going on?”

According to USGS Research Geologist Don Swanson,”What I have dubbed a “black streak” on the caldera wall is flowing water. The water comes from a shallow perched aquifer impounded by dikes in the southwest rift zone. Water flows southward along and in the sand flat below Crater Rim Drive but is stopped by the dikes, which form a dam. For one of several reasons (increasing water pressure, failure of wet sand, small rock fall), water breaks out of the aquifer and pours into the caldera. This phenomenon was first noted on July 4, 2018, and has been observed repeatedly since then. There are at least two different sites for such water flow, both just north of the southwest rift zone. The flowing water has eroded ravines or gullies that resemble cracks. Water flow generally lasts several hours and then stops as water in the aquifer is depleted. But, days to weeks later, water reappears.”

The black streak is said to be visible from Volcano House or Steaming Bluff, at times.

Kīlauea Volcano is not erupting, and remains at a NORMAL/GREEN alert level. “Monitoring data from the past nine months have shown steady rates of seismicity, deformation, and low rates of sulfur dioxide emissions at the summit and East Rift Zone, including the area of the 2018 eruption,” the USGS Hawaiian Volcano Observatory recently reported.