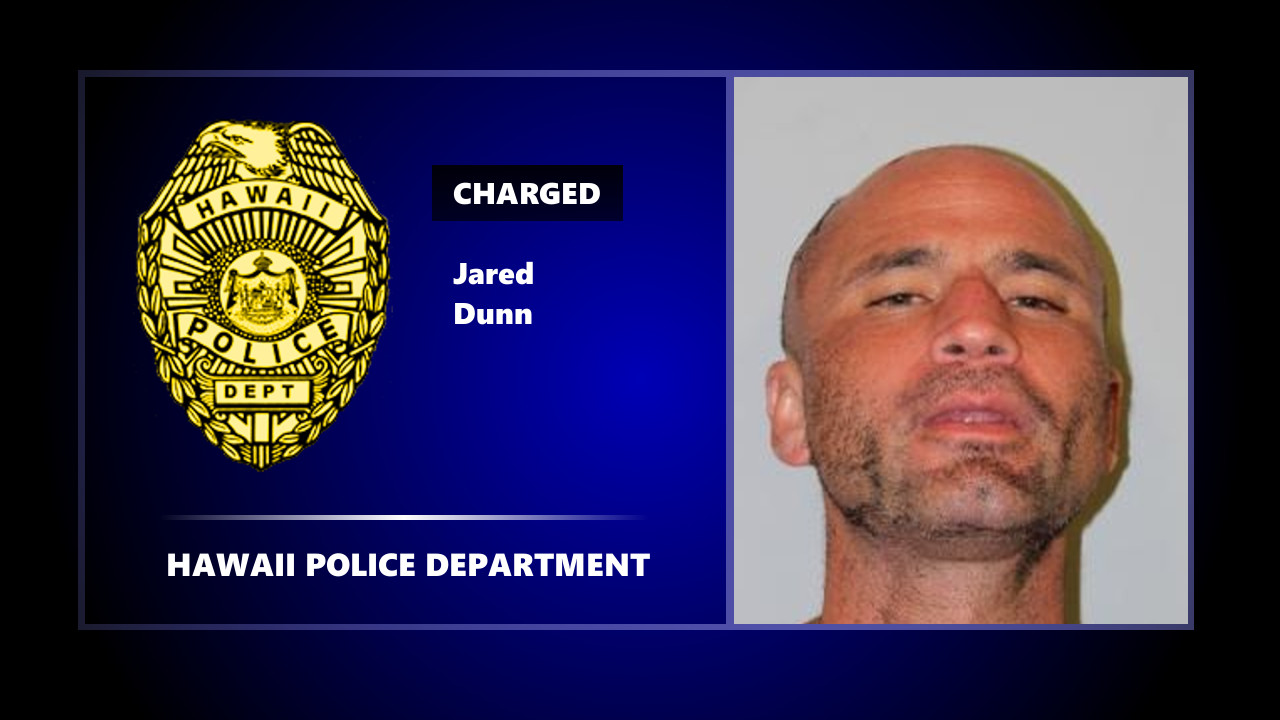 KAILUA-KONA, Hawaiʻi - A 39-year-old Kona man was arrested at the scene of a reported double stabbing on Ahililani Street on Thursday night.

A Kailua-Kona man is arrested and charged with two counts of Assault after a stabbing that occurred late last night.

Yesterday evening (June 06), just after 9:15 p.m., Kona Patrol officers responded to an Ahililani Street address to a reported assault. Upon arrival, officers discovered two Kailua-Kona men with injuries about their head and face consistent with a stabbing.

The victims in this case, a 25-year-old man and 62-year-old man, were transported to Kona Community Hospital for treatment. They were treated and released with non-life threatening injuries.

This afternoon (June 7), just after 12:50 p.m., detectives from the Area II Criminal Investigations Section charged Dunn with two counts of Assault in the second degree. He is currently being held at the Kona police cell block in lieu of $10,000 total bail.