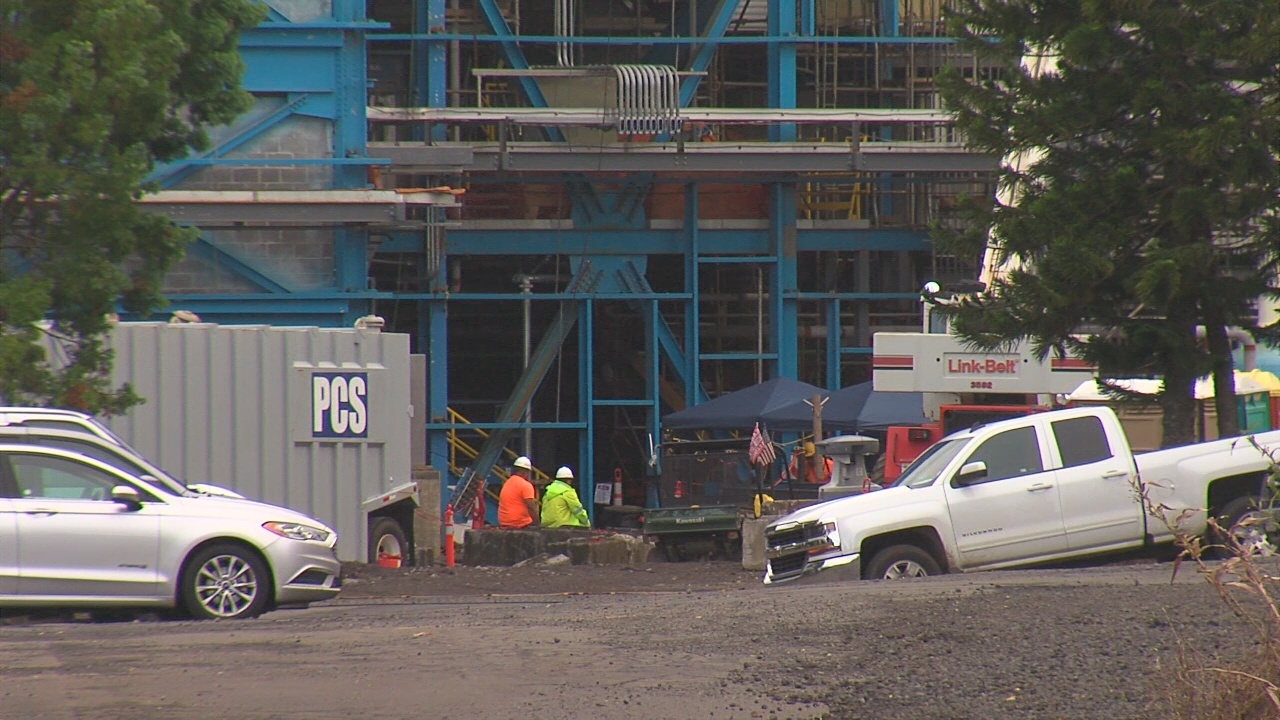 PEPEʻEKEO, Hawaiʻi - The bioenergy company says the continued employment of its workers are placed at risk as it awaits the Hawaiʻi Supreme Court Judgement that will reopen the PUC docket.

(BIVN) – Things are in a state of limbo for Hū Honua Bioenergy LLC, also known as Honua Ola, the company that plans to burn eucalyptus trees to make energy at its refurbished Pepeʻekeo power plant.

On May 10, 2019, the Hawaiʻi Supreme Court vacated the Public Utilities Commission’s approval of a Power Purchase Agreement (PPA) between Hū Honua, also known as Honua Ola, and the Hawaii Electric Light Company.

Life of the Land, the environmental nonprofit organization that appealed to the Supreme Court, argued that the PUC failed to explicitly consider greenhouse gas emissions in determining whether to approve the Hū Honua-HELCO agreement.

The Hawaiʻi Supreme Court remanded the matter back to the PUC for proceedings consistent with the court’s opinion. As of June, the court’s judgement has yet to be filed, the state says.

In a May 31 letter to the PUC, Dean and Wil Yamamoto on behalf of Hū Honua requested an “all-party status conference to discuss the re-opening of Docket 2017-0122,” noting that the Hawaiʻi Supreme Court had yet to file its Judgment, “which is typically entered by the court clerk 30 days following the court’s opinion – here, 30 days from the May 10, 2019 opinion is June 9, 2019, a Sunday, and the next business day is June 10, 2019,” they wrote.

As the developer of the facility, each day that passes without a non-appealable decision and order has Hu Honua incurring significant monetary costs, places at risk the continued employment of Hu Honua’s local workers who live and support families in the community (as the plant remains idle), and threatens the many great partnerships Hu Honua has established with the local community and beyond, without which the project would not be viable. Hu Honua intends to fully address the issues identified by the Supreme Court expeditiously and to the best of its ability so that the Commission may explicitly consider GHG emissions and make the necessary findings, as appropriate.

On June 3, Henry Curtis of Life of the Land wrote in a letter to the PUC that the Hū Honua reps “cited no laws, rules, regulations, court decisions, or Commission rulings that would allow the Commission to take any action on an issue currently pending before the high court. Simply put, the Commission lacks jurisdiction and any action taken would be void.”

In a June 4 reply, the PUC acknowledged the concerns of Hū Honua, and stated: “When the Hawaii Supreme Court files its Judgment, the commission intends to promptly file an order that reopens Docket No. 2017-0122 and provides further instructions.”

On June 6th, Claudia Rohr – the East Hawaiʻi resident who has been waging a pro se legal battle against the Hū Honua project – argued before 3rd Circuit Court Judge Greg Nakamura that an environmental assessment or impact statement needed to be done. According to an article in Environment Hawaiʻi, Rohr said such an environmental review was triggered by Hū Honua’s “use of state land (in discharging stormwater) and damage to a public trail.”