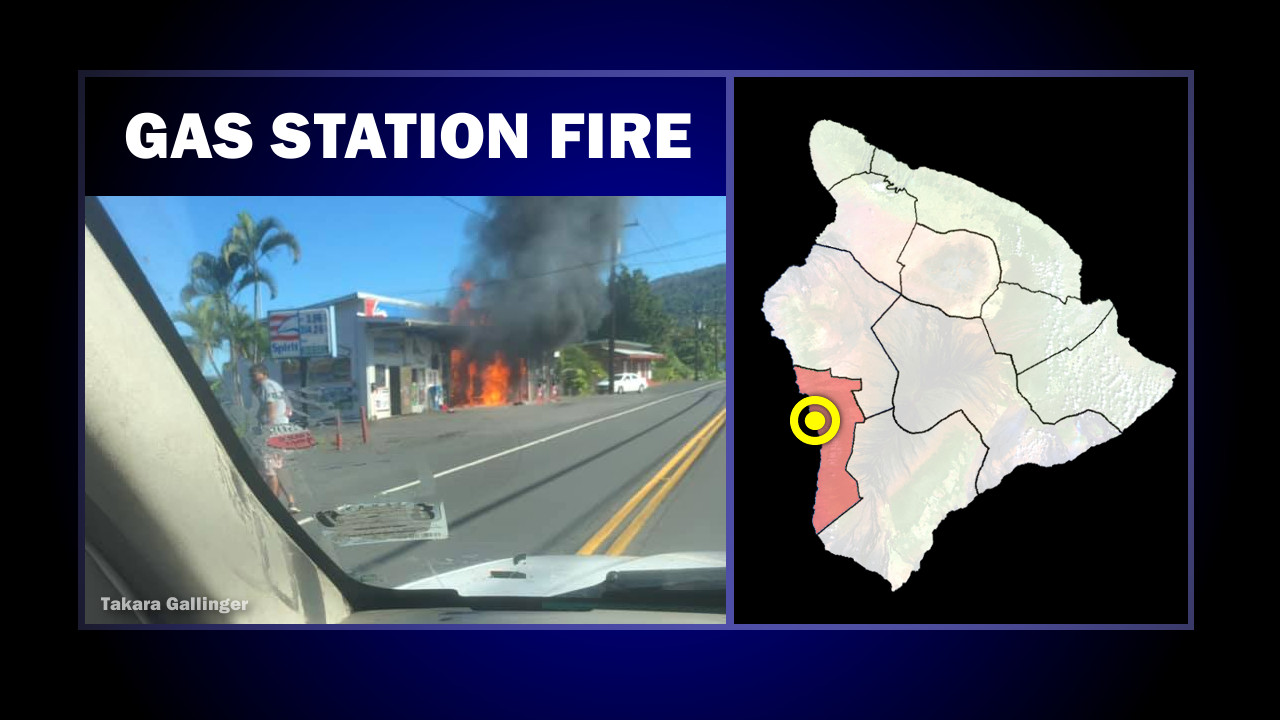 graphic by BIVN, image of the fire courtesy Takara Gallinger

CAPTAIN COOK, Hawaiʻi - Police say "a spark" may have ignited the gas station fire in South Kona that burned two vehicles and closed Highway 11 on Monday. 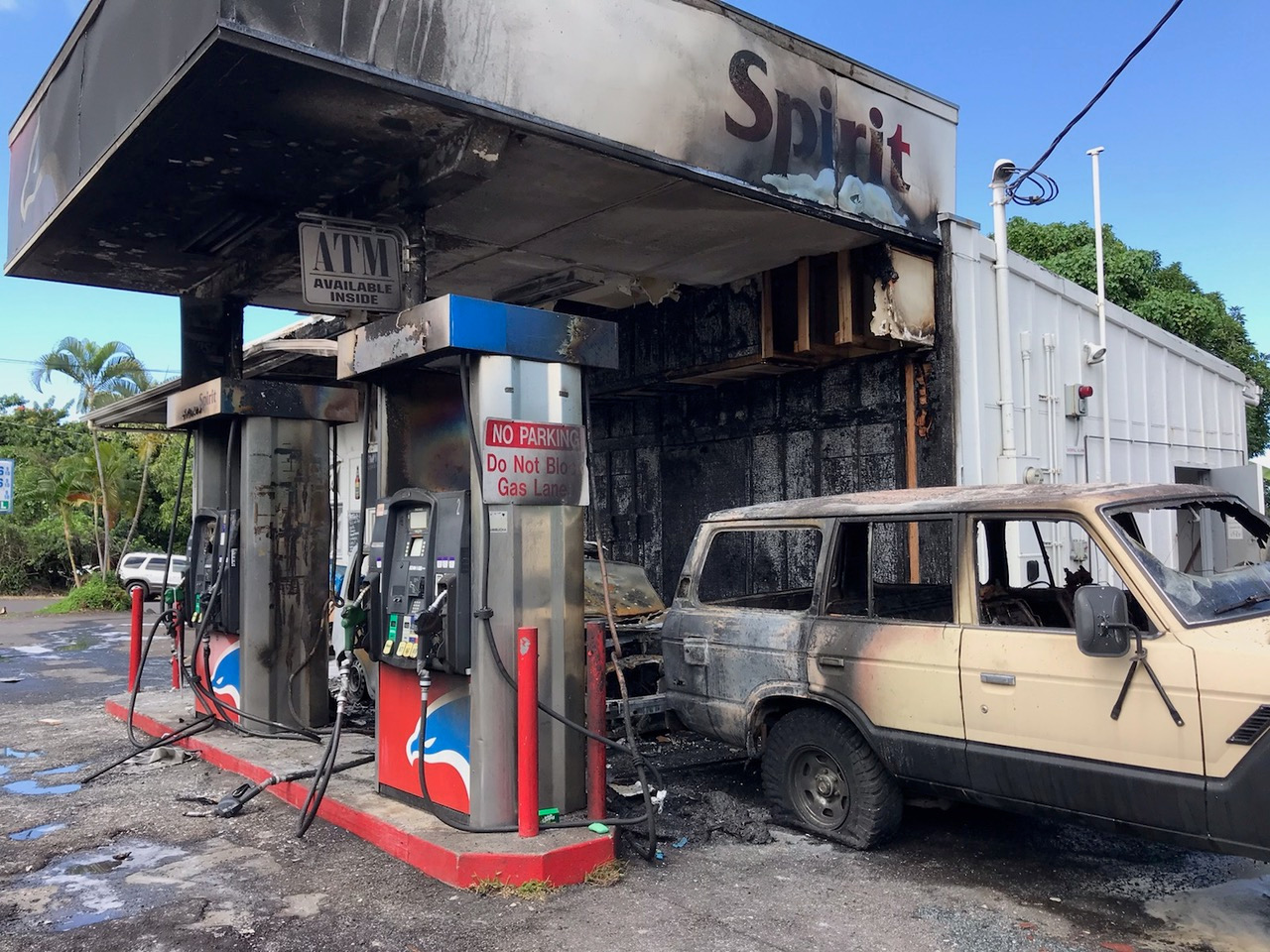 the aftermath of the fire in Captain Cook

(BIVN) – One man was injured and two vehicles burned in a fire that occurred at Patel’s Spirit Gas Station in Captain Cook on Monday.

Hawaiʻi Island Police report that at approximately 8:50 a.m. this morning (June 17) Kona Patrol Officers responded to Patel’s Spirit Gas Station in Captain Cook, for a reported vehicle on fire. Upon arrival, Hawaii Fire Department (HFD) firefighters were on scene attempting to extinguish the fire on two vehicles parked in the gas pump area. HFD firefighters were eventually able to extinguish the fire completely from the vehicles and building.

Through investigation and speaking with witnesses, a spark possibly occurred while 58-year-old Douglas Kinnear was pumping gas into his friend’s vehicle. The spark possibly ignited the gas and caused a fire that eventually spread to another vehicle and the building/gas pump area. Michael Graff, 28-years-old was inside of the vehicle that Kinnear was pumping gas into when this occurred and was able to exit the vehicle with no injuries.

Another patron, 66-year-old Shanon Van Dyke was inside of her vehicle and parked next to the other vehicle; when she saw a flash from the other car and flames spreading from the nozzle to the gas pump. She stated that she jumped out of her vehicle, fled the area and sustained no injuries.

Kinnear sustained 2nd-degree burns and was transported to Oahu (Straub) for further treatment.

An HFD Fire Inspector was on scene and related that the event that started the fire is impossible to determine; although static discharge is common and may have been the cause. 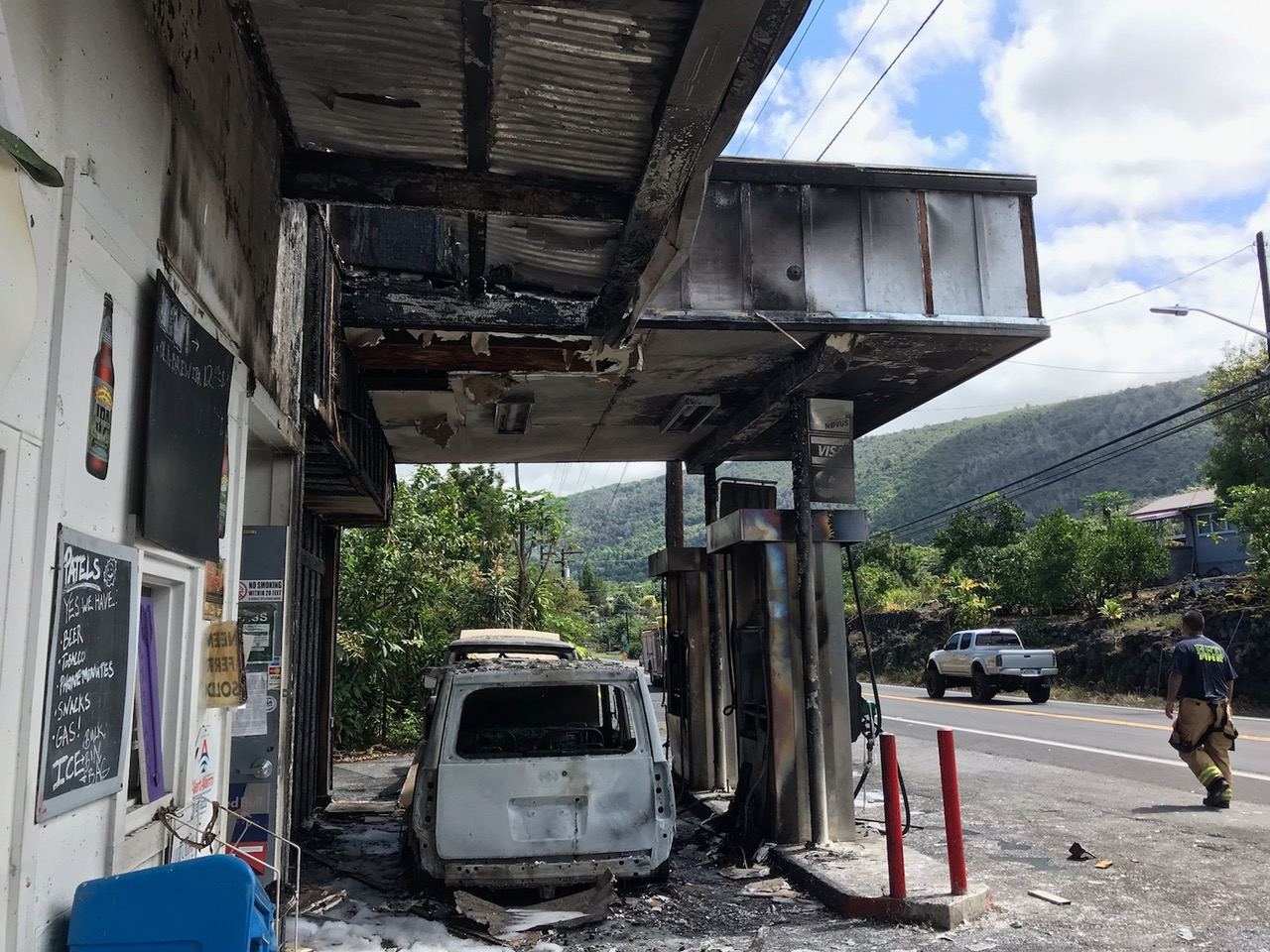 the aftermath of the fire in Captain Cook