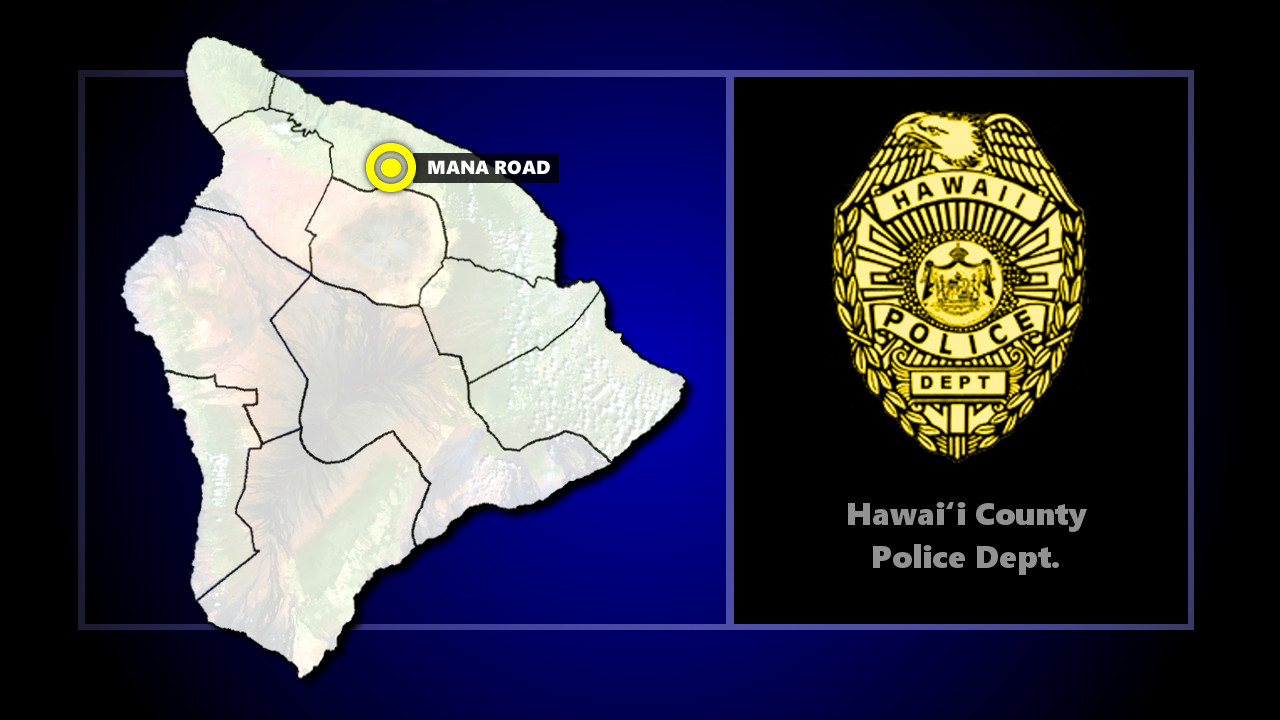 WAIMEA, Hawaiʻi - The woman and her companion were located in a parking lot off of Mamalahoa highway in Waimea where she was treated for her injuries.

(BIVN) – A woman was wounded by what appeared to be shotgun pellets, police say, during an incident that took place on Mana Road on Friday.

Hawaiʻi Island Police are investigating a shooting incident which occurred on Mana Road in Waimea.

On June 21, 2019, just before 1:00 a.m., South Kohala Patrol officers responded to a 911 emergency call for assistance regarding a woman who may have been shot.

The incident occurred on Mana Road, and the victim and her companion left the area, driving in the direction of Waimea Town. Officers located the victim, a 34-year-old female, who was accompanied by a 35-year-old male, in a parking lot off of Mamalahoa Highway. The female sustained wounds to her upper body, consistent with the type of injury which could be caused by shotgun pellets. She was treated for her injuries. The male was uninjured.

Detectives from the Area II Criminal Investigation Section are continuing the investigation. Persons of interest are being contacted.

Police say those who may have information regarding this incident may contact Detective Corina McLellan of the Area II Criminal Investigation Section, at (808) 326-4646 ext. 227 or via email at corina.mclellan@hawaiicounty.gov.