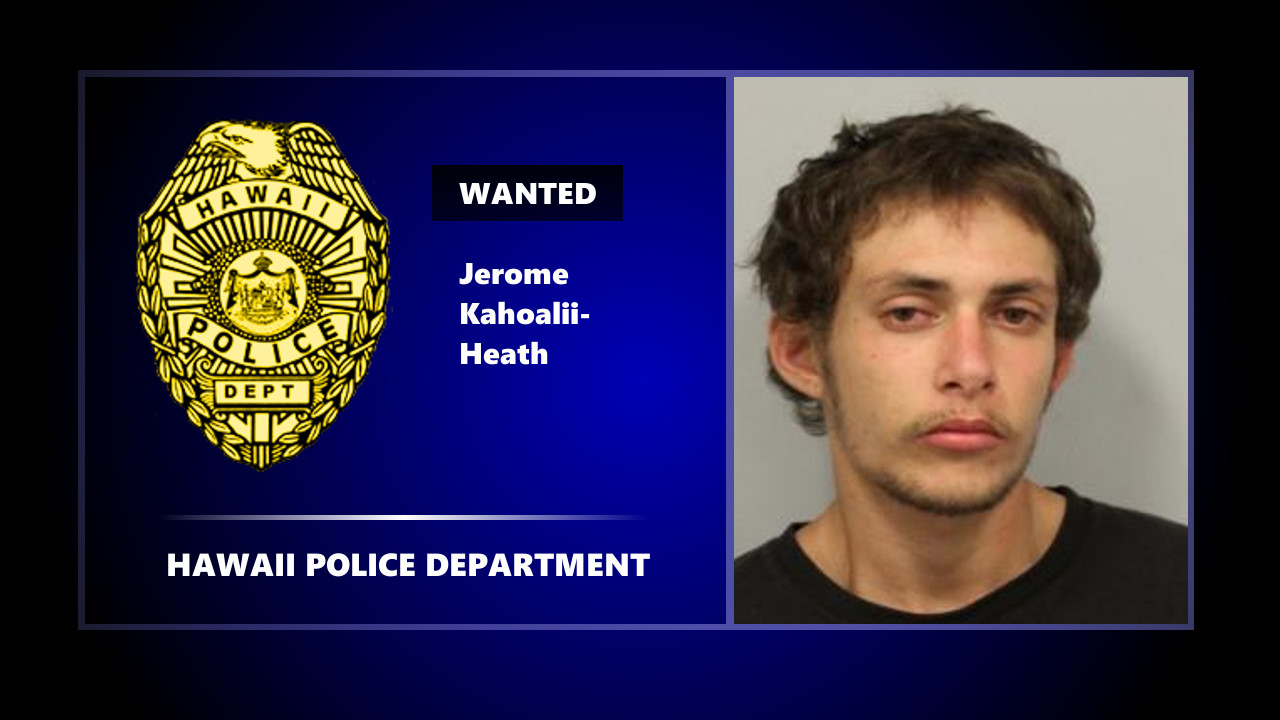 HAWAIʻI ISLAND - Hawaiʻi County Police are asking for the public's help in locating a suspect wanted for questioning in an attempted murder investigation following an apparent shooting on Mana Road.

(BIVN) – Police say they are looking for 21-year-old Jerome Kahoalii-Heath of Kailua-Kona, a suspect wanted for questioning in an attempted murder investigation, and warn that he should be considered armed and dangerous.

Police say officers responded to a 911 emergency call for assistance June 21, 2019, just before 1:00 a.m., regarding a woman who may have been shot. From a media release issued at the time of the incident:

The incident occurred on Mana Road, and the victim and her companion left the area, driving in the direction of Waimea Town. Officers located the victim, a 34-year-old female, who was accompanied by a 35-year-old male, in a parking lot off of Mamalahoa Highway. The female sustained wounds to her upper body, consistent with the type of injury which could be caused by shotgun pellets. She was treated for her injuries. The male was uninjured.

Detectives from the Area II Criminal Investigation Section are continuing the investigation.

Kahoalii-Heath is described as being 5-feet-4-inches, 130 pounds with brown hair and brown eyes.

“The public is advised against approaching Kahoalii-Heath who should be considered armed and dangerous,” a Monday news release stated. “Those who may have information regarding the location of Kohoalii-Heath or this incident may call police dispatch at (808) 935-3311 or contact Detective Corina McLellan of the Area II Criminal Investigation Section, at (808) 326-4646 ext. 227 or via email at corina.mclellan@hawaiicounty.gov.”

UPDATE – On Monday (June 24), just after 7:00 pm, police say the Area II Special Enforcement Unit with the assistance of South Kohala Patrol officers, located and arrested Kahoalii-Heath. He was taken into custody without incident.

According to Lieutenant Roylen Valera of the Area II Criminal Investigations Division, police received numerous calls and located the suspect. “We are grateful for the public’s assistance,” Valera said.