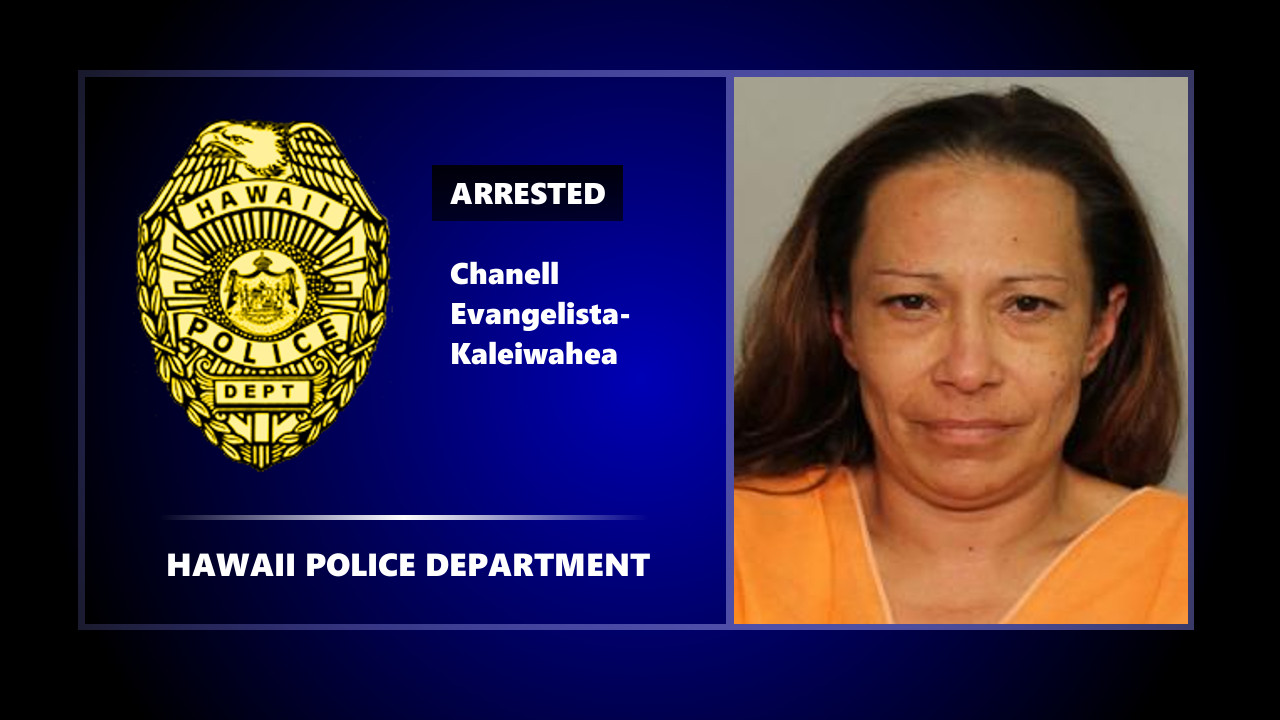 HILO, Hawaiʻi - A 36-year-old Hilo man was found with a gunshot wound on the 100 block of Kauhane Avenue early Tuesday morning.

UPDATE (June 29) – Police have released the 43-year old Hilo woman who was suspected of shooting a Hilo man earlier this week. On Friday, June 28, police reported:

Detectives from the Area I Criminal Investigations Section continue to investigate the shooting as well as possible firearms charges in connection with this incident.

(BIVN) – Police have arrested a Hilo woman in connection to an apparent shooting that took place on Tuesday morning in Keaukaha.

43-year-old Chanell Evangelista-Kaleiwahea was arrested for suspicion of attempted second-degree murder, police say. She remains in custody while detectives from the Area I Criminal Investigations Section continue to investigate.

This morning at about 1:00 a.m., South Hilo patrol officers responded to an unknown disturbance in Keaukaha and located a 36-year-old Hilo man lying on the lawn fronting a residence in the 100 block of Kauhane Avenue. Hawaiʻi Fire Department Medics responded to the scene and while treating the man they discovered that he had sustained a gunshot wound to his torso.

The victim was transported to the Hilo Medical Center for treatment and is listed in serious condition, police reported.

Anyone who may have information about this incident is asked to call Detective Kelly Moniz at (808) 961-2385 or email kelly.moniz@hawaiicounty.gov.