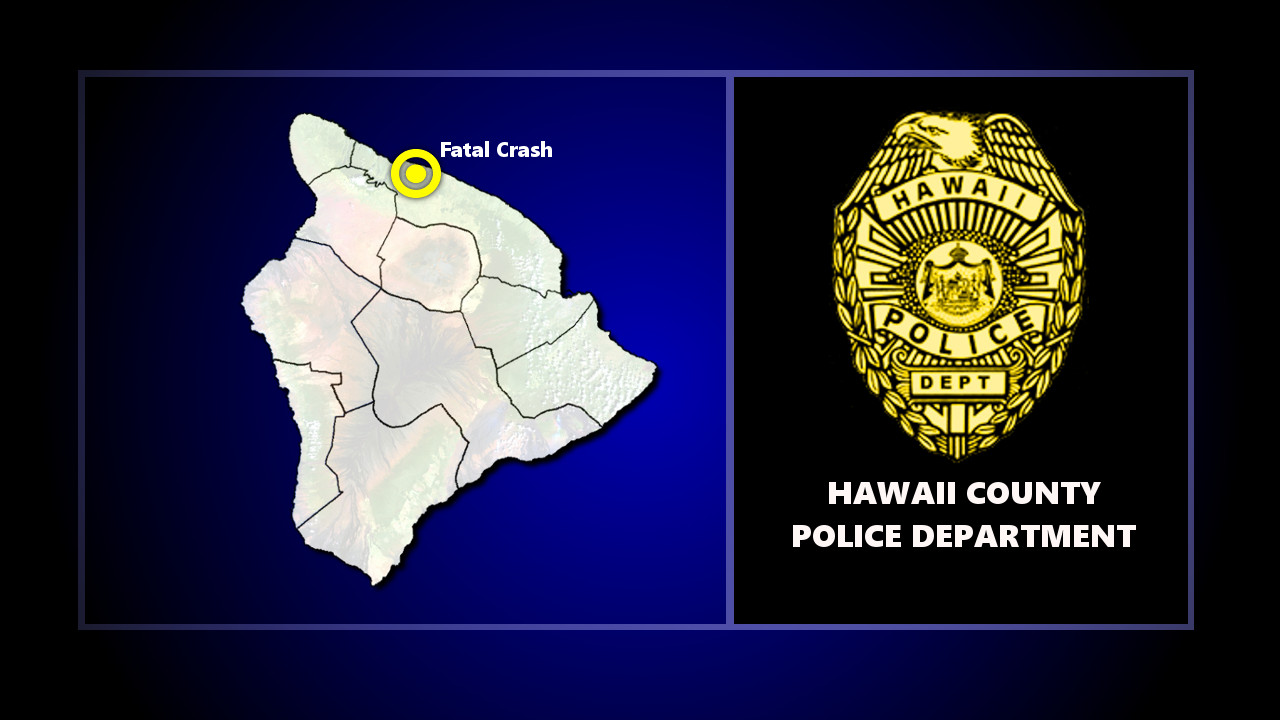 HĀMĀKUA, Hawaiʻi - The woman died from injuries sustained in a single vehicle crash when the vehicle she was riding in ran off the road and overturned early Thursday morning, police say.

(BIVN) – Police have identified the female victim in Thursday morning’s single vehicle traffic crash on Highway 19 near the 48-mile marker in the area of the Boy Scout Camp.

23-year old Mackleen Victus, a resident of the Puna district, was pronounced dead at 6 a.m. Thursday morning after being transported to Hilo Medical Center, police say.

A police media release issued before the identification detailed the incident:

On Thursday (June 27), just after midnight, a 2002 Chevy Malibu was heading in the Hilo direction and traveling at a high rate of speed when it overtook another vehicle in a no passing zone with a solid line and a bend in the road. As an oncoming vehicle approached, the Malibu was observed to swerve back into the Hilo bound lane to avoid a head on collision resulting in the driver subsequently losing control, running off the right shoulder and going airborne before impacting the ground and flipping over. There were five female occupants in the Malibu, the victim and another female were ejected from the rear seat. Neither had been wearing a seat belt. The other ejected victim is listed in in critical condition and has been flown to Oʻahu. All of the occupants were injured and transported to the hospital.

The crash caused a 4-hour closure of Highway 11 with traffic being rerouted while police investigated. It has been learned that all of the occupants work at the same Waimea town establishment and were heading home after completing their shift for the night.

Traffic Enforcement Officers have initiated a Negligent Homicide investigation and additional Negligent Injury cases against the 18-year old driver from Waimea. Police believe that speed is a factor in the crash however they do not suspect that alcohol or drugs contributed.

Police are asking that anyone who may have witnessed or have information related to the crash to contact Traffic Enforcement Unit Officer Blayne Matsui at (808) 961-2339.