interview by Sherry Bracken, edited by BIVN, images by USGS 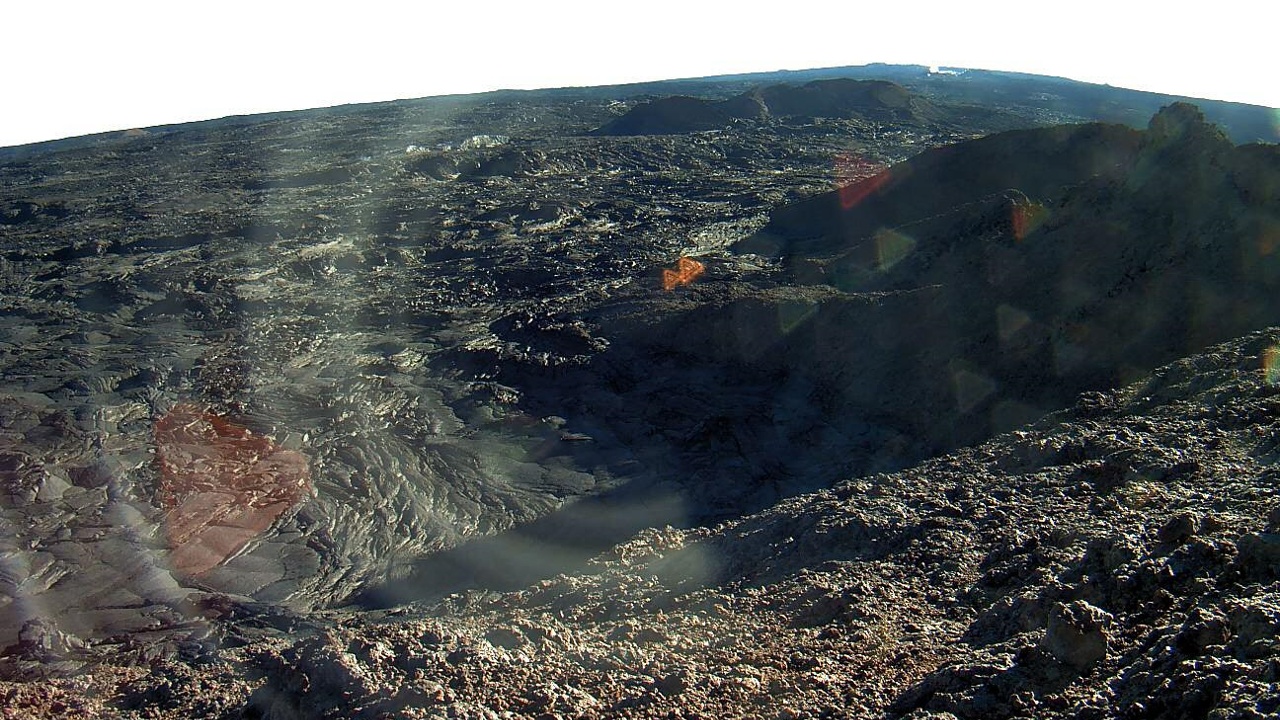 Scientists say there is slightly elevated earthquake and ground deformation. An eruption is not imminent.

Here is the statement from USGS:

Volcanic Activity Summary: For the past several months, earthquake and ground deformation rates at Mauna Loa Volcano have exceeded long term background levels. An eruption is not imminent and current rates are not cause for alarm. However, they do indicate changes in the shallow magma storage system at Mauna Loa.

Following a significant earthquake swarm in October 2018, HVO seismic stations have recorded an average of at least 50 shallow, small-magnitude earthquakes per week beneath Mauna Loa’s summit, upper Southwest Rift Zone, and upper west flank. This compares to a rate of fewer than 20 per week in the first half of 2018. Shallow earthquakes are occurring in locations similar to those that preceded Mauna Loa’s most recent eruptions in 1975 and 1984.

During this same time period, GPS instrumentation and satellite radar have measured ground deformation consistent with renewed recharge of the volcano’s shallow magma storage system. The current rate and pattern of ground deformation is similar to that measured during inflation of Mauna Loa in 2005 and again from 2014 – 2018.

Together, these observations indicate the volcano is no longer at a background level of activity. Accordingly, HVO is elevating the Mauna Loa alert level to ADVISORY and the aviation color code to YELLOW.

As has happened before, it is possible that current low-level unrest will continue and vary in intensity for many months, or even years without an eruption. It is also possible that the current unrest is an early precursor to an eventual eruption. At this time, we cannot determine which of these possibilities is more likely.

However, it is also possible that the timeframe to eruption could be shorter – hours to days. All communities on the flanks of the volcano should be prepared.

HVO continues to monitor the volcano closely and will report any significant changes. HVO is in close touch with Hawaii County Civil Defense and other agencies responsible for public safety.

Stay informed about Mauna Loa by following volcano updates and tracking current monitoring data on the HVO web page or by signing up to receive updates by email at this site.

Hawaii County Civil Defense Agency is in constant communications with HVO. If anything develops that may affect your safety, you will be informed.

Next Notice: Mauna Loa updates will be issued weekly. Should volcanic activity change significantly a new VAN will be issued. Regularly scheduled updates are posted at hvo.wr.usgs.gov.

The Hawaiian Volcano Observatory is one of five volcano observatories within the U.S. Geological Survey and is responsible for monitoring volcanoes and earthquakes in Hawaiʻi.