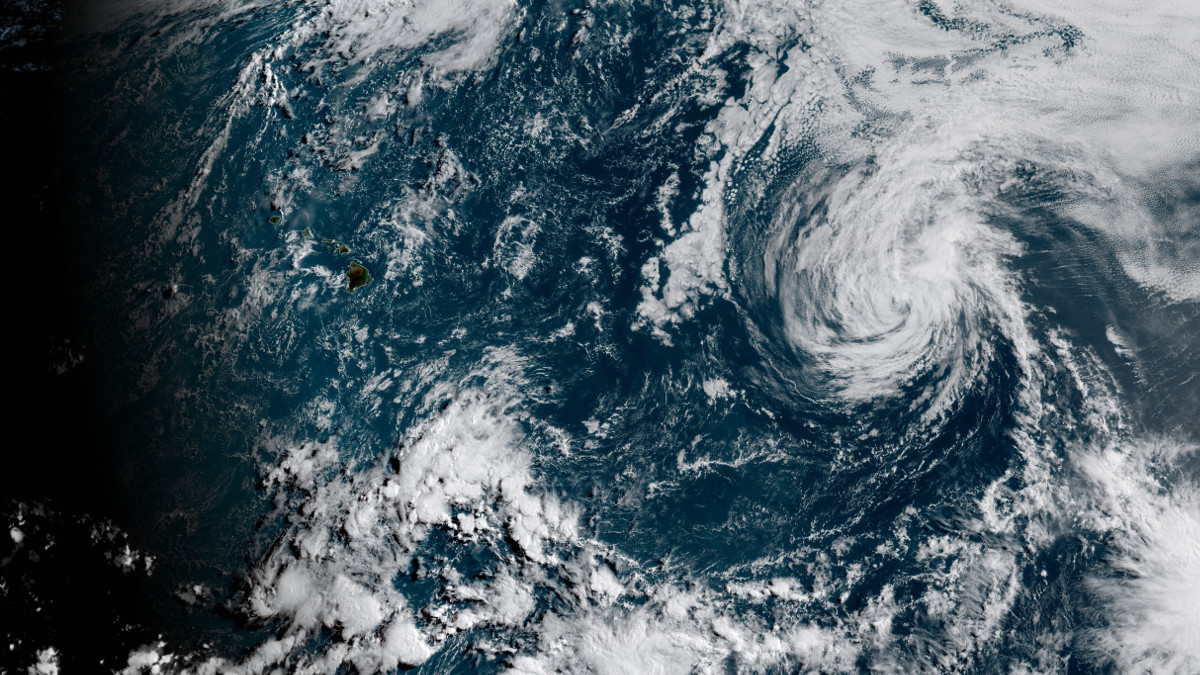 PACIFIC OCEAN - Continued weakening is forecast during the next 48 hours, and Barbara should become a post-tropical cyclone by Saturday night, the National Hurricane Center says. 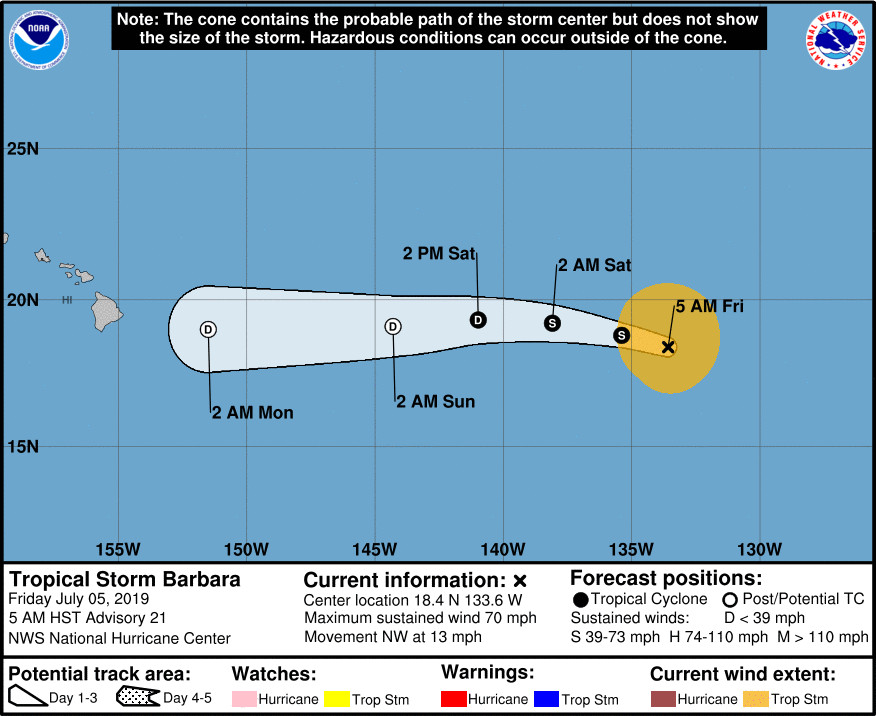 (BIVN) – As forecast, Barbara has weakened to a tropical storm, and should further degenerate into a remnant low in 48 hours or sooner.

The National Hurricane Center in Miami said Tropical Storm Barbara, with maximum winds now measured at 70 mph, was located 1,405 miles east of Hilo as of 5 a.m. Friday morning. Barbara is moving toward the northwest near 13 mph (20 km/h), and a turn toward the west-northwest and west is expected during the next day or two.

The National Weather Service in Honolulu reports an increase in rainfall and trade winds is likely for Monday and Tuesday, saying:

GFS and ECMWF still showed the remnant circulation of Barbara passing either just south or over the islands on Monday and Tuesday. Even though the bulk of the moisture is expected to affect the Big Island and Maui, all islands should see a significant increase in showers, especially along the windward areas. Moisture from former Barbara should clear the islands to the west late Tuesday into Wednesday, with moderate to locally breezy trade winds continue. Look for more seasonal trade wind weather for the later part of next week.

Also, a long-period ground swell out of the east associated with Barbara “will likely support advisory-level surf for the Big Island and Maui tonight into Saturday,” the NWS says.

Strong southwesterly shear and marginal SSTs are causing Barbara to continue to weaken. The associated deep convection, which is displaced to the northeast of the cyclone center, is diminishing in both coverage and intensity. Using a blend of Dvorak Current Intensity and T-numbers from TAFB and SAB results in an advisory intensity estimate of 60 kt. Since the shear is expected to increase further, continued weakening is likely and Barbara should degenerate into a remnant low in 48 hours or sooner. The official intensity forecast is near or above the latest model consensus.

The initial motion estimate is 305/11 kt. A low- to mid-level ridge is forecast to build to the north of Barbara over the next couple of days. As a result, the cyclone should turn toward the west-northwest and west during the next 24 to 48 hours. The official track forecast is similar to the previous one, and very close to the simple and corrected model consensus tracks.