audio from interview by Sherry Bracken, images by USGS & NPS 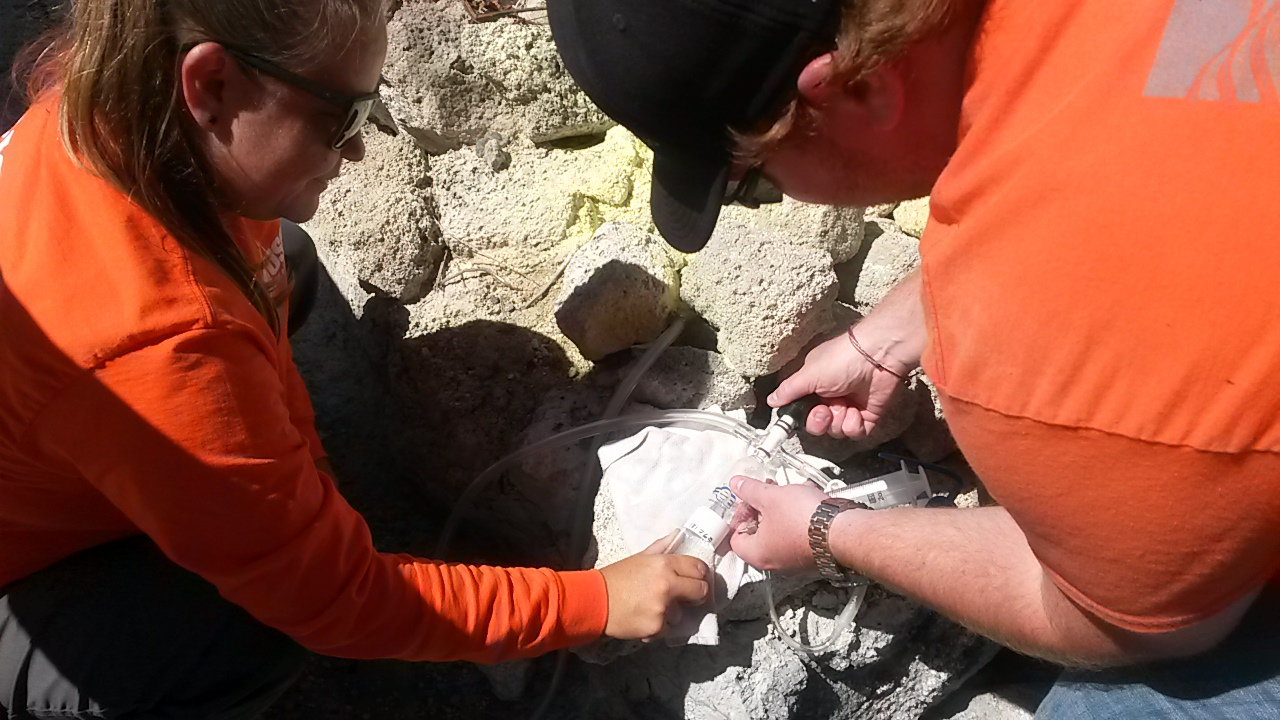 HVO gas geochemists periodically collect gas samples at Sulphur Banks, near the Kīlauea Visitor Center, in Hawai‘i Volcanoes National Park. Samples are analyzed for bulk chemistry and for helium isotopes. The results are compared to previous measurements to evaluate potential changes in activity at the volcano. In this image, two HVO geologists collect volcanic gas in a specialized glass bottle. USGS image by P. Nadeau.

(BIVN) – This week, Mauna Loa Volcano stole the attention from Kīlauea Volcano, when scientists with the USGS Hawaiian Volcano Observatory raised its alert level to ADVISORY/YELLOW. Neither volcano is erupting, and Kīlauea Volcano is at NORMAL/GREEN. Still, The Hawaiian Volcano Observatory (HVO) continues to closely monitor geologic changes, seismicity, deformation, and gas emissions for any sign of increased activity.

The most recent Kīlauea Volcano activity update says “rates of seismicity across the volcano remain low,” and “real-time sulfur dioxide emission rates are low at the summit and are below detection limits at Puʻu ʻŌʻō and the lower east rift.”

Since early March, GPS stations and tiltmeters at the Kīlauea summit have recorded deformation consistent with slow magma accumulation within the shallow portion of the Kīlauea summit magma system (1-2 km or approximately 1 mile below ground level). However, gas measurements have yet to indicate significant shallowing of magma. HVO continues to carefully monitor all data streams at the Kīlauea summit for important changes.

Further east, GPS stations and tiltmeters continue to show motions consistent with slowed refilling of the deep East Rift Zone magmatic reservoir in the broad region between Puʻu ʻŌʻō and Highway 130 over recent weeks. While the significance of this pattern is unclear, monitoring data do not suggest any imminent change in volcanic hazard for this area. HVO continues to carefully monitor all data streams along the Kīlauea east rift zone for important changes.

Also worth noting, according to USGS HVO Scientist-In-Charge Tina Neal, is that the south flank of Kīlauea – where the 6.9 earthquake occurred on May 4, 2018 – “is still moving to the south. So, the volcano is still responding to that very large earthquake that happened.”

Again, Neal said, “no sign of magma moving close to the surface so we’re not worried about any kind of imminent change at Kīlauea.” 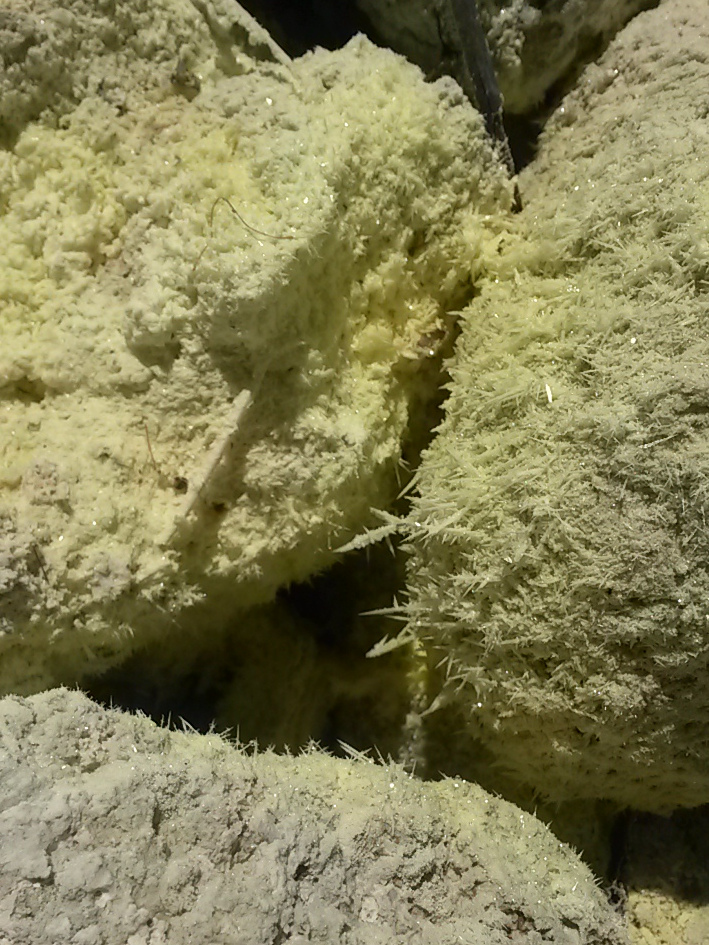