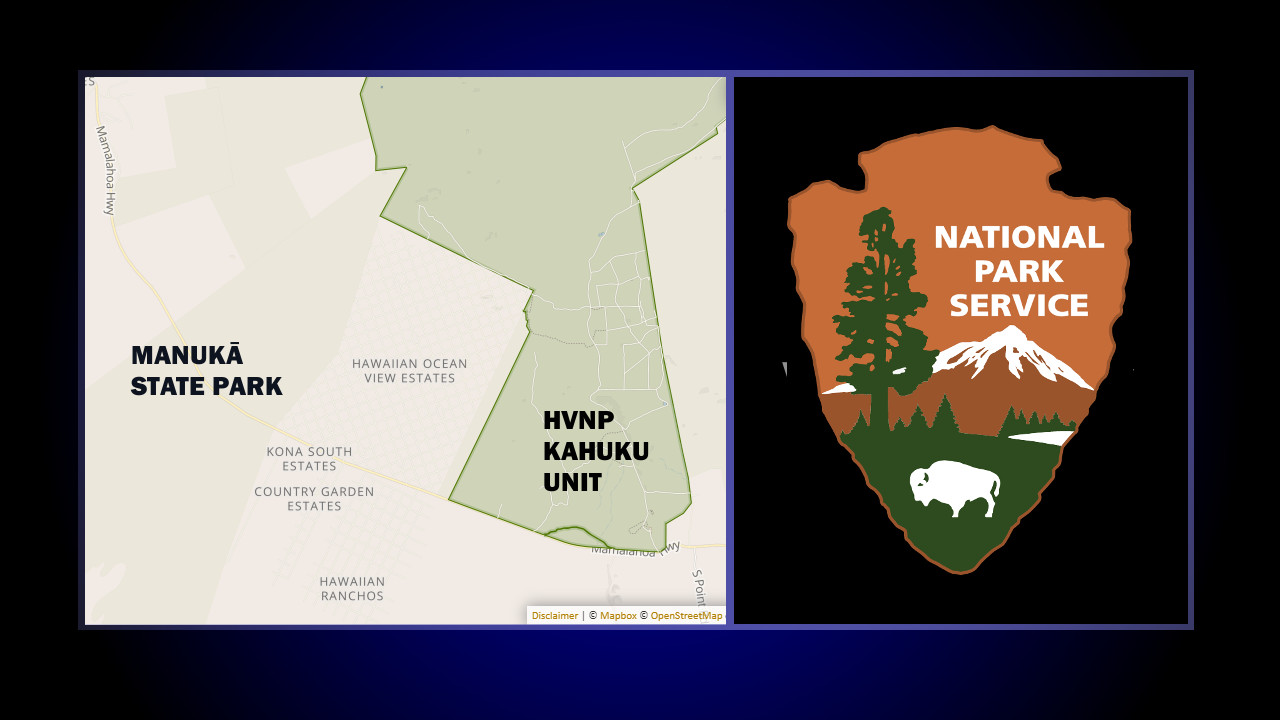 graphic by BIVN, map by HVNP

KAʻŪ, Hawaiʻi - Shots were fired by a National Park Service law enforcement officer at Manukā State Park, according to a NPS media release.

(BIVN) – The National Park Service says a federal law enforcement officer was involved in a shooting with the occupant of a stolen vehicle Friday, July 5 at approximately 1:30 p.m.

Preliminary information was provided in a media release issued by the National Park Service on Saturday, which reads:

The incident began in Hawai‘i Volcanoes National Park’s Kahuku Unit in the Ka‘ū District, about an hour’s drive south of the park’s main entrance, and continued outside of the park when the driver fled.

While attempting to stop the driver at Manuka State Park, an altercation ensued and shots were fired by the NPS officer. The incident is under investigation by Hawai‘i County Police and the National Park Service.